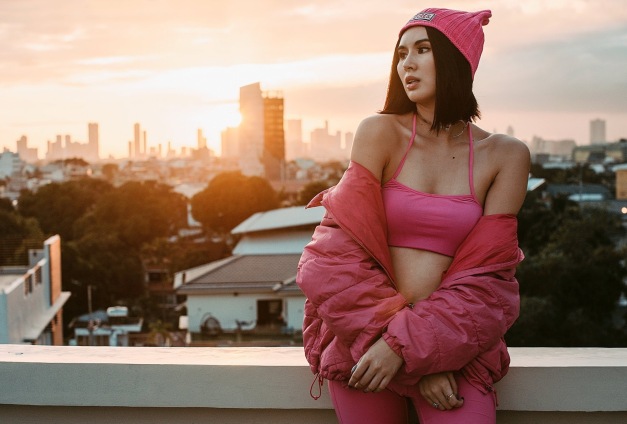 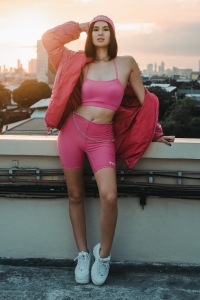 Miss Charm Philippines Ashley Subijano Montenegro may still be basking in the Holiday Spirit nowadays. But by early March next year, she will fly to Vietnam where she will represent the country in the inaugural edition of Miss Charm that will see her competing with some of the brightest beauties from all over the world.

In these photos taken by Jai Murcillo, she was styled by Rafa Concepcion with HMUA Nadynne Esguerra.

Parents Cara Subijano (who was a Miss World 1994 Top 10 finisher) and Hans Montenegro must be proud of her.

Aishwarya Rai Bachchan: still as beautiful as the day she won Miss World 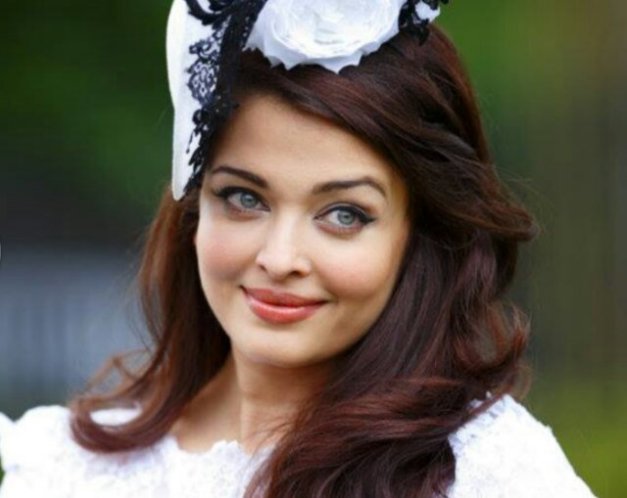 Older and wiser but still regal and elegant, Aishwarya is.

Who could forget Miss World 1994 when a very beautiful and deserving Indian lass named Aishwarya Rai demolished the competition and won the crown? That year will always stay vivid in my memory (aside from the fact that our very own Cara Subijano made it to Top 10, but heartbreakingly weakened by one of the worst evening gowns of a Miss Philippines in the international stage). Miss India was on top of her game, and she made full use of the instant celebrity status to stretch her reach to fame long after reigning as the world’s loveliest.

A couple of years after relinquishing her crown, Ash debuted in her first Bollywood movie and has never looked back since. Along the way to stardom, she won acting awards and starred in blockbuster Indian movies to become one of the most looked-up to actresses in her country’s film industry. She also became a Goodwill Ambassador for the Joint United Nations Programme on HIV/AIDS (UNAIDS) and was recognized by the Indian government with a Padma Shri.

At 39, she is living her married life to the fullest being the wife of fellow actor Abhishek Bachchan. She remains as one of my three favorite Miss Indias ever – the other two being MU1994 Sushmita Sen and MU2000 Lara Dutta.

Let’s now focus on the Miss Philippines Earth 2012 candidates who crossed over from BBP or MWP.

I’m pretty sure you’re all familiar with the three ladies above. They participated (and lost) in Bb. Pilipinas 2011. One of them, Samantha Purvor, even took full advantage of her youth last year by taking part in Miss World Philippines 2011 as well. No victories to speak of, but still with the potentials to win one. As part of this year’s roster of Miss Philippines Earth, they are capitalizing on their good communication skills (aside from physical beauty) to finally make a dent in the national pageant scene. Will they be more successful this time around?

Kathleen Subijano, the younger sister of Bb. Pilipinas World 1994 Cara Subijano, is giving the environmentally-focused competition a try, aiming to exceed her semifinal placement in Bb. Pilipinas 2011. The more articulate Samantha Purvor, on the other hand, is dead set in fulfilling a life-long dream of becoming a beauty queen. And Glennifer Perido? She wasn’t able to create ripples in BBP, so she enlisted right after in Miss Casino Filipino 2011 where she snagged 1st Runner-Up honors to eventual winner Catrine Rosary Ocampo (an alumna of Miss Philippines Earth 2011).

Who will be most successful among the three? I’m betting on Samantha Purvor in this one. She’s the one who fits what the organizers would love to have as their winner – smart, pretty and well-spoken. But who knows what magic Kathleen and Glennifer will weave in the contest? And lest we forget, there are several other contenders who will give them a run for their money.

Anyways, best of luck to all three in MPE 2012! May you serve as true role models for the preservation of Mother Earth! 😉

The pressure is on Kathleen ‘Cai’ Subijano. Being the younger sister of Bb. Pilipinas-World 1994 Cara Subijano, she is expected to figure out well during the finals of Bb. Pilipinas 2011 on April 10, Sunday night. If she won’t pass muster as one of the titleholders, will she at least make the semifinal cut and show to everyone her gift of gab during the Q&A? I think she will.

Kathleen Subijano during the Bb. Pilipinas 2011 Primer in a serpentina Filipiniana creation.

Actually, I have this pretty chinita on my shortlist. And if she surpasses my ‘stricter-than-usual’ expectations, then I would warmly congratulate her. My friend, former radio DJ Issa Perez de Tagle – who happens to be a close pal of Cai – should jump for joy if a victory lands on the lap of Candidate #30.

Right now, all we can do is wait with bated breath and keep our fingers crossed.

When online pageant forums started talking about Kathleen Subijano joining Bb. Pilipinas 2011, not a few eyebrows were raised. Does she have the beauty of her older sister Cara who won Bb. Pilipinas-World 1994 and placed in the Top 10 of Miss World? Is she just as tall? Is she articulate? Well, now that she has finally decided to give the pageant a go, everyone can see her potentials as a would-be beauty queen.

First off, Cai has this face that grows on you. She’s not the type who grabs your attention right away, at least not until you realize that her surname is Subijano. And being a staff writer for the Mega Publishing Group, this Atenean is undeniably good with words and can smoothly translate her written thoughts to speech. But beyond these pluses, what more can she offer to the national competition that will set her apart from the rest? Perhaps, her real natural self void of all the pageant patty trimmings that seem to adorn most of her fellow candidates. And it could be this confidence in simplicity that will make her stand out – an altogether effortless beauty. On the other hand, to win the Bb. Pilipinas-Universe crown and be fielded in Sao Paulo, Brazil for the Miss Universe 2011 is a different matter. There is no denying that one has to look and feel like a goddess, especially when standing side-by-side with the hot Latinas, bombshell Europeans and increasingly fierce Asians.

Right now, Cai is definitely not the goddess Donald Trump would take an instant shine to. Nonetheless, if she can pull off some major changes in styling/make-over (which, sadly, goes against the grain of ‘confidence in simplicity’ I stated above), she just might make the grade. Should that happen, Cara would be extremely proud. 😉

Next Tuesday, January 25, Miss World 2010 Alexandria Mills will set foot in the Philippines together with MWO (Miss World Organization) Head Julia Morley to attend the formal contract signing with Cory Quirino – the new Philippine franchise holder of the biggest global beauty pageant. It will be remembered that BPCI (Binibining Pilipinas Charities, Inc.) took charge of sending local representatives to the Miss World from 1992-2010 and can be credited for a number of respectable placements in the competition such as 2nd Princess in 1993 (Ruffa Gutierrez); Top 5 in 2003 (Mafae Yunon) & 2004 (Karla Bautista); Top 10 in 2002 (Kate Manalo) & 1994 (Cara Subijano); and Top 15 in 2005 (Carlene Aguilar). 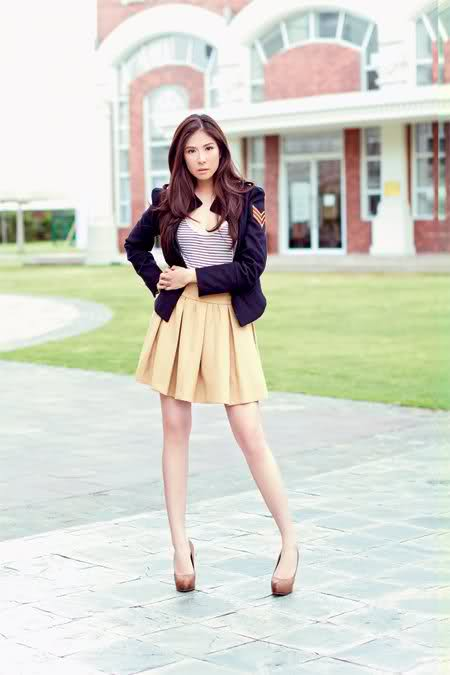 Remember the statuesque Caroline “Cara” Subijano? She was Bb. Pilipinas-World 1994 and Top 10 finisher at Miss World 1994 (the year Aishwarya Rai won). Well, her younger sister Cai – currently a fashion journalist and stylist – is also a beauty queen in the making. She’s not as tall as her elder sister – standing 5’8.5″ – but just as well-spoken and ready for the world.

If Cai will join this year’s Binibining Pilipinas, then it will indeed be a tough national competition. I’ve heard of some really gorgeous ladies entering as well and with only two (2) major titles as stake (Universe, International), BPCI (Binibining Pilipinas Charities, Inc) will definitely up the ante for 2011! Also, Miss Universe 2011 will be held in Sao Paulo, Brazil and that should really pique the interest of many beautiful Filipinas to try their luck.

Watch out for more juicy tidbits about the upcoming national pageant which should see our new queens crowned by next month. Venus Raj is a tough act to follow, but that makes this year’s edition more exciting! 😉