A Salute to the Binibinis of Class 2015

The Binibinis during their 'Salute' of an opening number

After watching the opening number of Bb. Pilipinas 2015 last night, I searched online on the music used.

Found it. The all-girl quartet ‘Little Mix’ is responsible for the song “Salute” (watch the original music video below) which was remixed to suit the choreography of the ladies with a most apt theme for all thirty-four (34) Binibinis who dedicated the past two months of their lives to this year’s nationals.

I personally salute each and everyone of you for sharing a big part of yourselves and proving to all that, indeed, the Filipina beauty is and will always be a force to reckon with.

Some of the Binibinis for Jag Jeans

YOUR QUEENS NEED YOUR VOTE!

Binibining Pilipinas Coronation NIght is near! Check out these lovely ladies in their JAG Sexy High Waist, High Back, and Slim Illusion jeans then tell us which Binibini deserves the SHE’S SO JAG Award by hitting “Like”! #DenimTechnology #TheFutureIsJAG #BbPilipinas2015

Online votes through number of likes will aid the JAG creative team in choosing which Binibini reigns best in JAG Jeans based on the following criteria:
50% online votes and 50% JAG Creative Team judging results (based on Top Ten results from online voting).

Announcement of Top 10 is on March 14, 2015, 6:00PM via Facebook and the SHE’S SO JAG winner will be awarded on-stage during the Coronation Night on March 15, 2015 at the Smart Araneta Coliseum.

The SHE’S SO JAG Awardee will receive apparel and cash worth PHP100,000.

Disclaimer: Upon release of results, the decision is final and will not be subjected for review or appeal.

Click on the links above or HERE to see all the Binibinis in their Jag apparel. 🙂 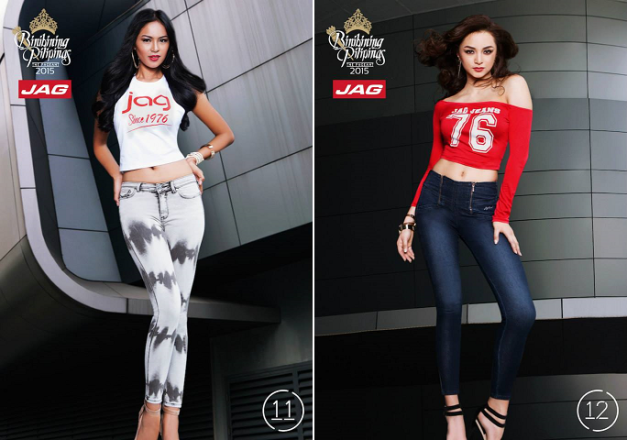 Janicel and Kylie show off their Jag get-ups. Click on the image to see the rest.

The Binibinis shopping at JAG Glorietta 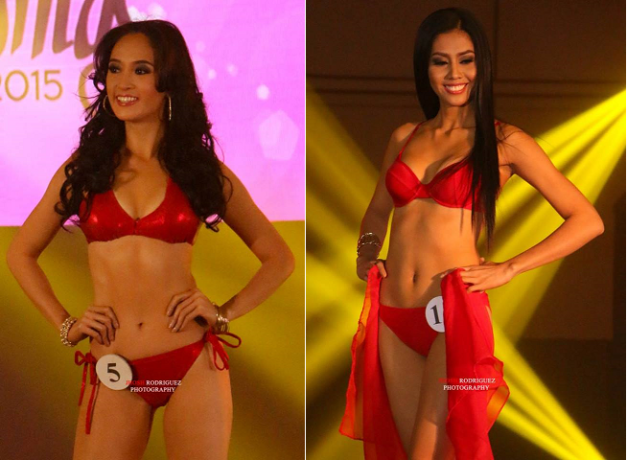 Binibini 5 Caneille Faith Santos is the Bulakenya from Marilao who caught the last train to Bb. Pilipinas 2015. She replaced the original qualifier Christine Balaguer due to reasons still un-press-released till now.

Binibini 16 Marvi Ann de Lima is the Iriga City native who was plucked out of her regional pageant turns by Gerry Diaz of Aces & Queens to train for and be fielded in the nationals.

And while some jaded pageant followers may dismiss this face-off as just a filler of presence and numbers, the two ladies here are actually strong-willed and diligent competitors who are capable of outshining some of the preferred ones who will be caught off-guard in the filtering process. 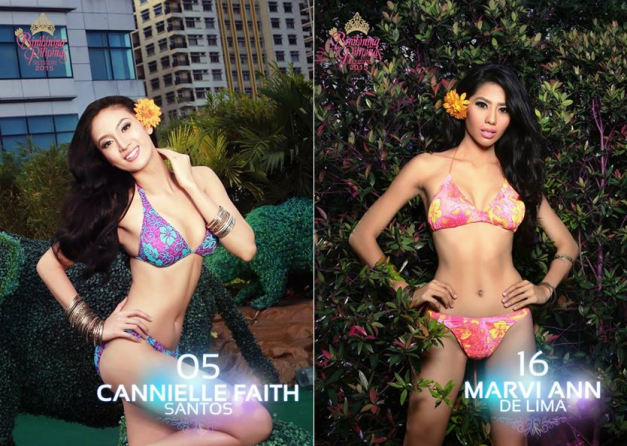 All Caneille wants is to leave a lasting impression in Bb. Pilipinas 2015 and hopefully place well. Marvi Ann wants to win for her home town and place in Bb. Pilipinas in this, her very first try.

Now if it were up to me, the match will go to Marvi Ann in a heartbeat. Not that I am skipping a fair assessment of Caneille who has been giving her best so far. The former is just doing everything right, vis a vis the other’s outputs.

And while the Bicolana is the type of Binibini whose beauty does not grab you in an instant, it grows on an observer in due time. Maybe in time for the all-important closed door selection of the semifinalists? 😉

The crown reserved for Binibinis below the age of 25

The last five wearers of the Bb. Pilipinas International crown in reverse order from 2014 down to 2010

Mary Anne Bianca Guidotti was 24 when she won the title last year. Bea Rose Santiago, on the other hand, was 23 the year she nailed hers, the same age Nicole Schmitz was crowned last 2012. Before that, Dianne Necio was a young 19 year-old at the time she was named for the honor. And nearly five years ago today, Krista Kleiner was all of 20 summers during Bb. Pilipinas 2010 – the edition where she got the nod as Bb. Pilipinas International.

Of the five titles at stake, this is the crown that only Official Candidates below the age of 25 can vie for. And in the 2015 batch, there are those who are skipping the hunt to become the country’s next representative to Miss International. Hence, the likes of 25-to-26-year-olds Hannah Ruth Sison, Pia Wurtzbach, Kimverlyn Suiza, Anja-Vanessa Peter, Ria Rabajante, Patricia Ejercitado, Anabel Christine Tia, Toni Alyessa Hipolito, Caneille Faith Santos and Samantha Balbin are no longer eligible for the same. The rest can breathe easy knowing that they are still up for all the prized spots.

There is one gray area, though. For example, Binibini 19 Christi Lynn McGarry was 24 when she got in as Official Candidate. But just last February 5, she already turned 25 – more than a month before the March 15 coronation night. Can she still be considered for Miss International? My impression is that the Japanese organizers are strict when it comes to age and are understanding when the rep is already 25 but still under that age when she participated in and won the national crown (just like Bianca Guidotti). Will Madame Stella Marquez de Araneta make an exception or will she play it safe and go for those who are safely within the age brackets to avoid any unnecessary kinks about the matter?

That, my dear readers, remains to be seen. 😉

This hardworking Binibini deserves to be in the competition

Caneille Faith Santos is destined to be part of Binibini 5 in Bb. Pilipinas 2015. While she may have missed being called during the formal announcement of Official Candidates last month, she still got in as the replacement of Christine Balaguer in the line-up. She is now the ‘newer’ Binibini 5. With her inclusion, the total number of KF bets has now increased to seventeen (17).

This 26 year-old native of Sta. Maria, Bulacan – who used to be a Flight Attendant of Saudia Airlines – has always readied herself for the nationals during the past few. And now that she has gotten in, all her preparations will now be fully utilized to see if she has what it really takes to go big time in her pageant career.

Do watch her Truth and Dare take now. 😉