I know that a lot of pageant followers are no longer happy with the sixth-mentioned crown because it is evidently useless for international competition purposes. But do keep in mind that it is what led Ann to be selected as our representative to Miss Globe in Canada where she won the top prize for the Philippines.

As far as my radar detects, the Miss Globe franchise for 2016 is not yet final. The last time I heard, negotiations were still being made. If and when BPCI is not keen on renewing, Ann will always have a title to turn over. And if the affiliation with the Canada-based pageant turns out to be just a one-time thing, then there should be no regrets whatsoever. After all, the reigning winner will still be present during Miss Globe 2016. The more important thing to remember is that Ann was able to prove herself capable of winning, regardless.

And a 6th Bb. Pilipinas will still be there to lean back on. 😉 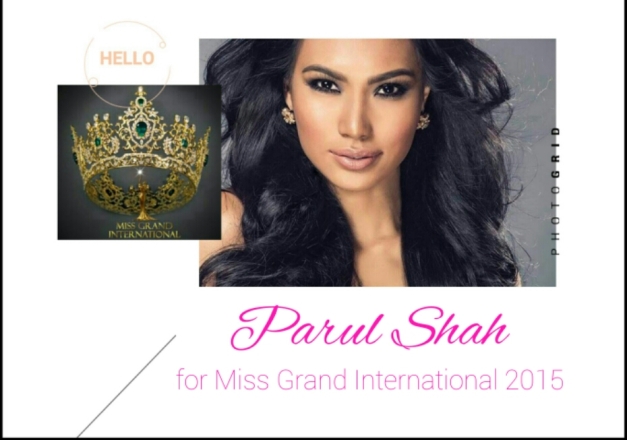 Good news for all the fans, followers and supporters of Bb. Pilipinas Tourism 2014 Parul Shah 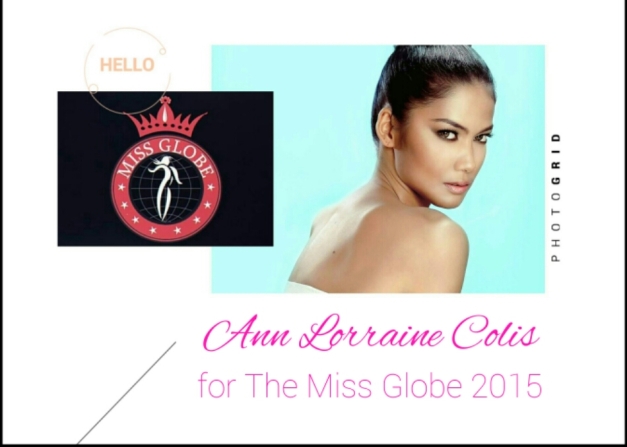 Good news for all the fans, followers and supporters of Bb. Pilipinas Tourism 2015 Ann Lorraine Colis

In an exclusive Press Conference called upon by Bb. Pilipinas Charities Inc., select members of the media have been invited for the very special announcement made by Madam Stella Marquez de Araneta herself.

Both Parul and Ann will have their hands full within the next month preparing for their respective competitions which will require them to be in the host cities soon. Patience has its rewards for the former as she waited long and hard for the opportunity. And for the latter, this means that she will be the first among our Bb. Pilipinas 2015 Queens to start with her overseas pageant mission, ahead of Bb. Pilipinas International 2015 Janicel Lubina by a month.

From everyone here at normannorman.com, we wish Parul Shah and Ann Lorraine Colis all the best in their pageants. May they both bring home our very first wins in Miss Grand International and The Miss Globe! 😀

Parul for Miss Grand International and Ann for Miss Globe

When Bb. Pilipinas Tourism 2015 Ann Lorraine Colis started following Miss Grand International on Instagram yesterday, eyebrows were raised. The mere act sent many pageant followers asking the big question: Is there really a good chance of our Kapampangan beauty being sent to Miss Grand International 2015? Or is she just interested in getting updates about the competition?

I really won’t mind at all. In fact, I will be happy if she will indeed be sent to that competition. After 1st Runner-Up Hannah Ruth Sison flatly denied to be via a direct message that she won’t be competing in that contest, the scattered puzzle pieces are starting to fit.

All we need is a Press Release if ever. 😉

Ann Colis: The Substance of a Bb. Pilipinas Crown 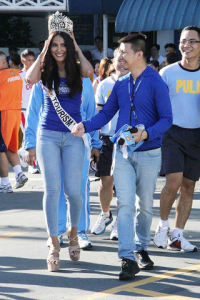 And it got me into thinking again what plans BPCI has in store for this lovely Kapampangan. While there is still a small flicker of hope that Miss Tourism Queen International 2015 could still push through, I would assume that a potential back-up is awaiting her since she is training just as hard as the other titleholders. After all, she can no longer re-join Bb. Pilipinas because she already has a title tucked under her belt. So she really needs to have a respectable international pageant to get fielded in. It doesn’t even have to be a Tourism-themed beauty contest.

The important thing is for her to proudly wear the Philippine sash abroad in a competitive event. That is the main substance of a Bb. Pilipinas crown on top of the honor of wearing one. Period.

Once more, Let’s watch all of Ann’s turns during Bb. Pilipinas 2015.

Last night, Bb. Pilipinas Tourism 2015 Ann Lorraine Colis got her much-awaited one-on-one with hosts Boy Abunda and Kris Aquino on the duo’s nightly show Aquino & Abunda Tonight. And while I am happy that she got what feels like a relatively longer airtime, I was hoping for a more animated self all throughout. Instead, she was kept by the hosts within a very safe distance that made her smile less and simply react to the comments of the latter.

Be that as it may, Ann remains gorgeous as ever. She has this aura that, when polished even more, would pave the way for a very universally appealing beauty delegate abroad. I am holding on to the promise of BPCI to give her a pageant mission within the year.

Could there actually be positive developments happening to Bb. Pilipinas Tourism Ann Colis?

During the Aces & Queens Victory Party at Pedro ‘n Coi Restaurant at Fisher Mall last Saturday night, there was some light discussion among the people behind the beauty camp and their four (4) winners during Bb. Pilipinas 2015. The subject matter briefly touched on the chances of Miss Tourism Queen International actually happening within the year, and that it might have already become more of an ‘every-other-year’ thing than an annual event. If the vague signs are to be followed, Bb. Pilipinas Tourism 2015 will not be a frozen delight after all.

As far as I know, the beautiful Kapampangan titleholder will definitely have her own mission with BPCI. As to which competition and when, it still remains to be seen. But rest assured, it will take place during her reign which just started.

So for all Ann Lorraine Colis fans and followers, don’t give up yet. Just keep your fingers crossed tight that the bearer of good news will give us clearer details within the next month or two. 😉

“Star light, star bright,
The first star I see tonight;
I wish I may, I wish I might,
Have the wish I wish tonight.”

Bb. Pilipinas Tourism 2015 Ann Lorraine Colis must have been chanting the nursery rhyme above from the time she won a national crown two nights ago. And by the way BPCI has not been serving its holder an assignment to any overseas pageant mission, our lovely Kapampangan beauty queen might need to exert more wishful thinking to make the reign extra meaningful compared to her predecessor, Parul Shah.

Truth be told, Ann could have easily gotten a better title. She continuously oozes with unmistakable appeal that can be greatly appreciated in an international beauty competition. But with what she ended up with, all we can hope for is that one of those Tourism contests make serious negotiations with Bb. Pilipinas to allow this lass to spread her magnetic charm and perhaps give the country one more deserving representative to cheer for. 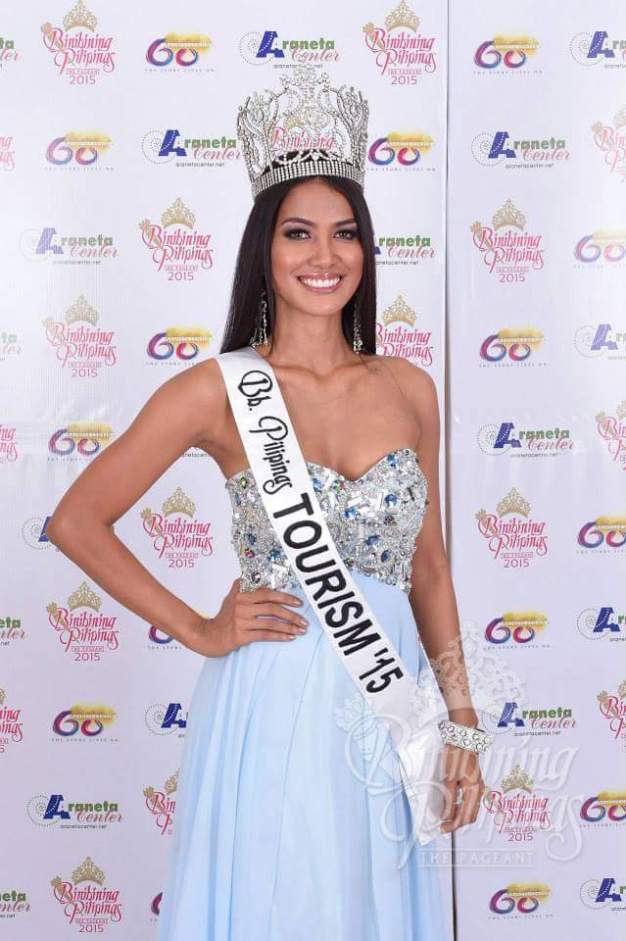 At the rate the Facebook page of Miss Tourism Queen International has been miserably inactive except for a sad-looking Lunar New Year post last month, there’s really no use expecting any signs of life (or flogging a dead horse) in that organization anymore.

This has got to be one for the books. Not only is this year’s screenings the speediest to complete, it also did away with the usual triple extension of deadlines. And all in under a week’s work. And I am loving the rush to beat the deadline BPCI set so as not to get tangled with the nationwide celebration of the Papal Visit starting January 15.

And so, without further ado – from the sixty-five pre-filtered applicants who screened – here now are the thirty-four (34) Official Candidates of Bb. Pilipinas 2015 in random order:

The headliners among the 34 Official Candidates (Photo credit: Jory Rivera)

Those who notably failed to make the cut (Photo credit: Jory Rivera)