It’s going to be nail-bitingly close for Miss World Philippines 2015! 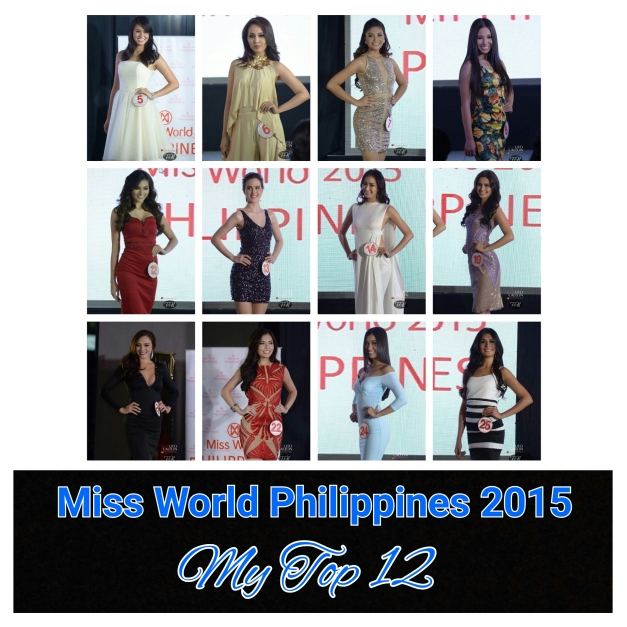 My Top 12 for Miss World Philippines 2015 arranged according to their pin numbers (Photo credit: Lito Caleon) 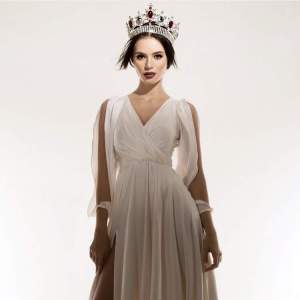 The fight for Miss World Philippines 2015 is going to be unlike the two previous years when both Megan Young and Valerie Weigmann were spot-on winners right from the start. Sure, there were competitors who threatened their #1 positions (Janicel Lubina for the former and Lorraine Kendrickson for the latter). But in the end, it was practically in the bag for Miss World 2013 and Miss World 2014 Top 25.

This year, the battle won’t be over till it’s really over. And I say this with a great deal of certainty. You see, there are running see-saw matches between two (2) pairs of candidates. But before I even go into that, allow me to share with you my Top 12 first. In this cut, the level of difficulty isn’t that high yet. In fact, I could’ve made it just a Top 10 and still managed to smile with my choices.

It’s in trimming down the 12 to just the Top 5 where the resistance starts to show. Four (4) spots are already secure from where I judge the whole thing. The quartet of shoo-ins for the magic circle are Hillarie Danielle Parungao, Emma Tiglao, Cassandra Naidas and Mia Hernandez Howell. If anyone among them will fail to crack the top tier, then I must be on drugs for missing something quite crystal-clear. Also, they make up the two pairs of contenders locked for a classic bullfight – Hillarie VS Emma and Cassandra VS Mia. This is an obvious throwback to the clash between two of the finest beauty camps in the country – Aces&Queens and Kagandahang Flores. 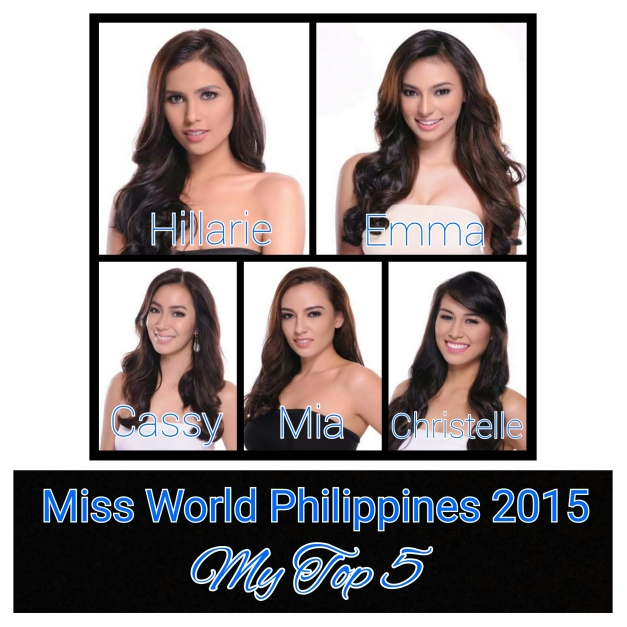 My Top 5 for Miss World Philippines 2015, with only the fifth spot open to spoilers. (Photo credit: Great Images Photography)

But the question that needs to be answered for now is which girl will fill in the 5th and final spot? I was teetering between Christelle Abello and Vianca Louise Marcelo (another battle of the camps). After giving it much thought, I went for #5 because she has always registered to me as a potential spoiler, let alone a good speaker. So Christelle Abello completes the group of finalists. 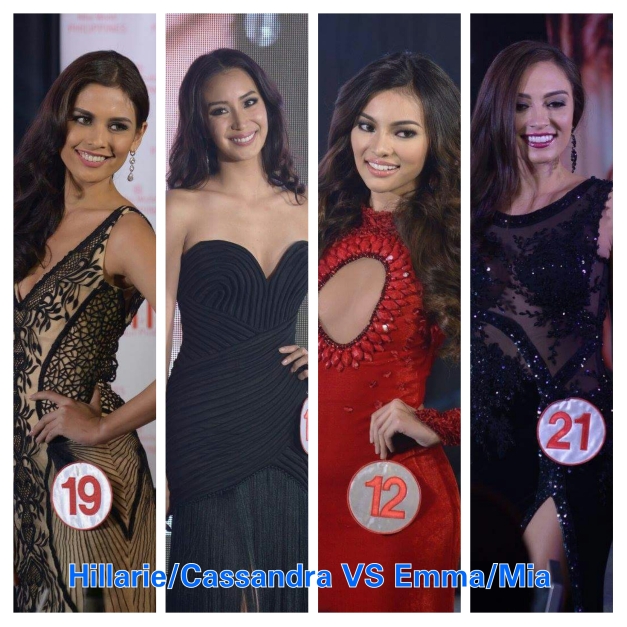 You can call it a battle between two beauty camps. I call it survival of the fittest and Miss World-worthiest (Photo credit: Lito Caleon)

In the end – when you have four (4) strong candidates to choose from instead of just two (2) – the odds of making the wrong pick to be #1 become greater. Hillarie, Cassandra, Emma and Mia have their individual strengths to lay on the table.

Hillarie has the classic beauty of face and BWAP (Beauty With A Purpose) Project in place. Cassandra has the height, oriental charm and also a worthy cause that could do well in Sanya. Emma has the bombshell looks and the potential lopsided votes from the male judges to see her through. And Mia has the mestiza attraction, articulate ways and academic credentials as strong suits. Any of the four can easily wrest the crown from Valerie Weigmann with the right answer to the final Q&A or speech delivery.

I am leaning towards either Hillarie or Cassandra truthfully. My hunch is that one of them could be favored. And both can express themselves impressively. But I won’t find it hard to accept if Mia steals the limelight from them. Emma is fine for as long as she will come across as more spontaneous and less rehearsed. 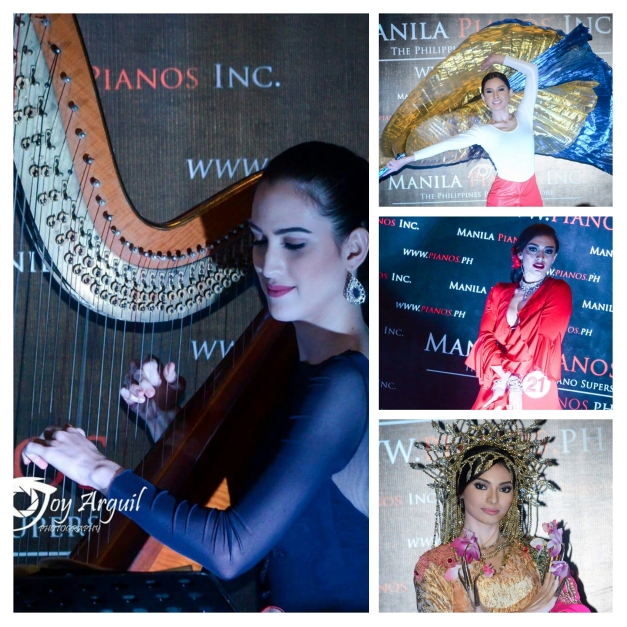 When the Miss World Philippines 2015 Talent Competition got underway at Manila Pianos last night, it wasn’t difficult to spot the potential contenders for the special award. And boy, do these ladies know the real importance of having special skills when it comes to Miss World.

Essentially, Avonlea Paraiso was the unique standout with her harp-playing ingenuity. She was cool and collected while performing on the said musical instrument. Emma Tiglao was also worth singling out for her authentic ethnic dance presentation, just as Mia Allyson Howell took to the stage with a mean Pasa Doble. Meanwhile, Kiara Gregorio exhibited her mastery of using shiny shimmering materials transformed into a kaleidoscope of color and glitter in her rhythmic turn. But then again, the judges could also give a nod to the magic tricks of Vianca Louise Marcelo. 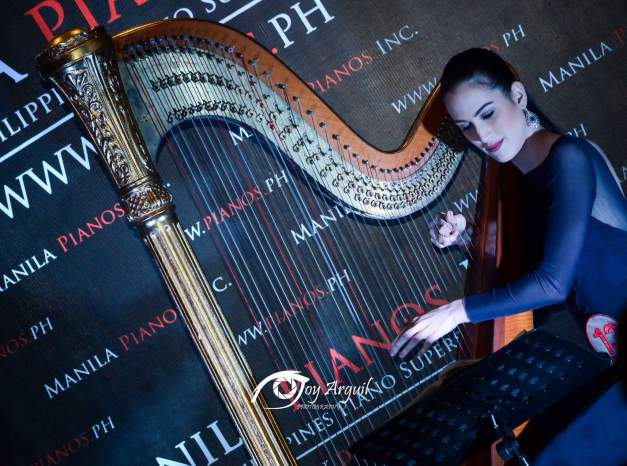 Avonlea Paraiso on the harp. She could win Talent (Photo credit: Joy Arguil) 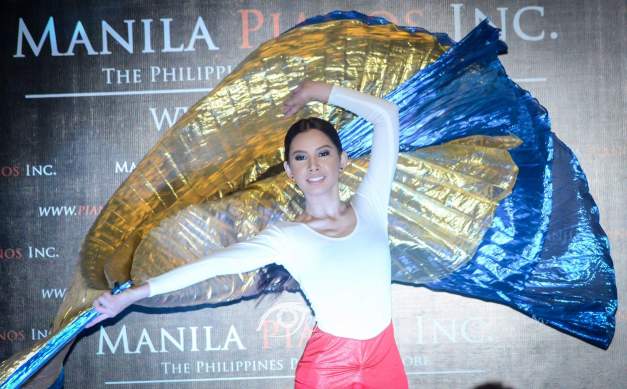 Let’s see who will actually get the special award come October 18 during the finals of Miss World Philippines 2015 at Solaire. 🙂 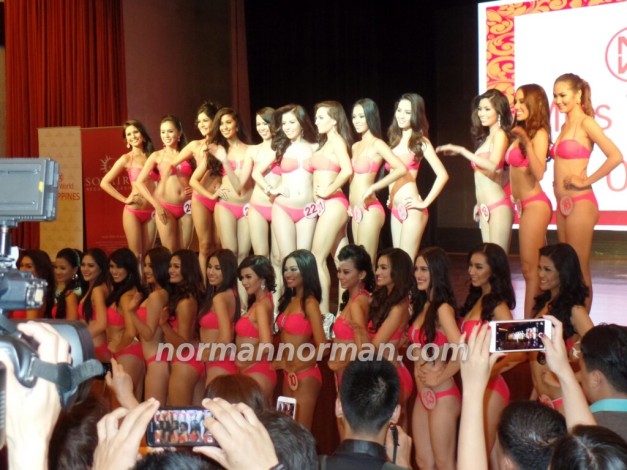 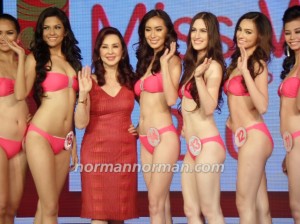 Ms. Cory Quirino and some of the candidates

At the Eclipse Lounge of Solaire Resort and Casino earlier in the day, the Twenty-seven (27) Official Candidates of Miss World Philippines 2015 were presented to the Press in their red identical two-piece swimsuits. Each one of them gave their best spotlight turns onstage to win the attention of the media and become early favorites for the competition.

Here is a short video of their appearance onstage as a group. Watch now. 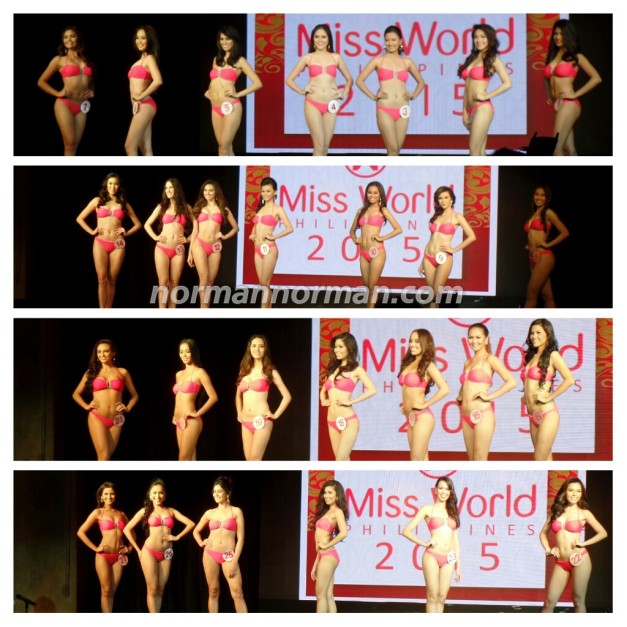 Let’s see if there are potential spoilers in the group. Top of my head right now are: 20) Mariah Nilo and 25) Casey Anne Austria.

Miss World Philippines 2015 will be crowned on October 18 at The Theater at Solaire to be telecast over GMA-7 on the same night.

Good luck in all your pre-pageant activities, ladies! 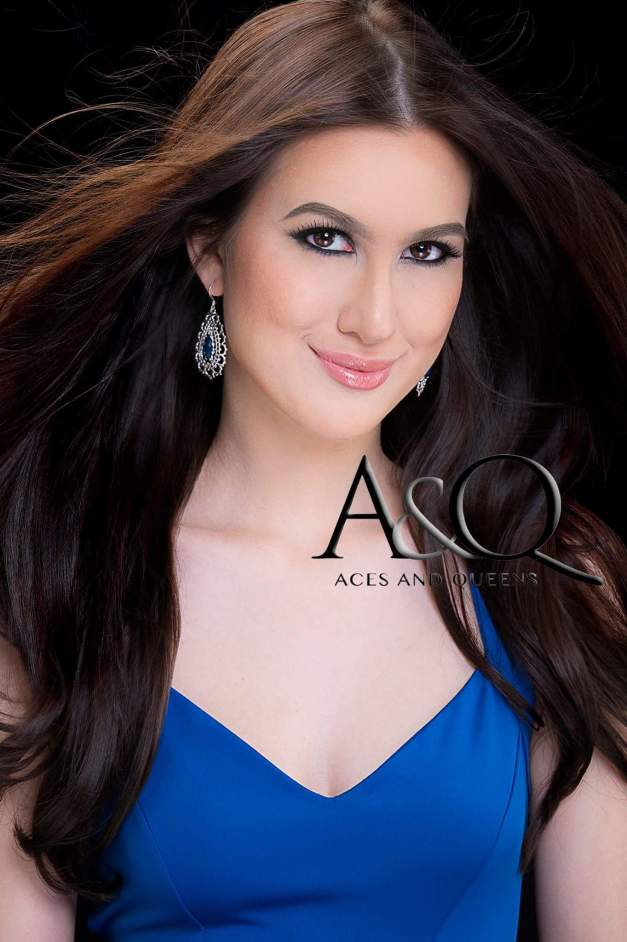 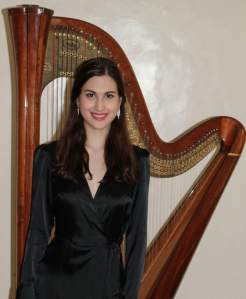 Avonlea and her favorite musical instrument

Avonlea Paula Paraiso is the girl made relatively famous by her harp-playing talent. And with this, she is entering Miss World Philippines 2015 armed with the confidence to showcase her beauty and world-class skills. Aces & Queens has primed herself for the beauty competition.

Some individuals will immediately scream of a Lalaine Edson comparison. Remember the former Bb. Pilipinas International turned Bb. Pilipinas World back in 1999? They do have an uncanny resemblance. Could it be possible for them to have the same pageant fate as well? Sometimes, truth can be stranger than fiction. But with the strong ladies vying for the title, it sure won’t be easy breezy.

Let’s see what Avonlea is capable of showing in the weeks ahead. 😉 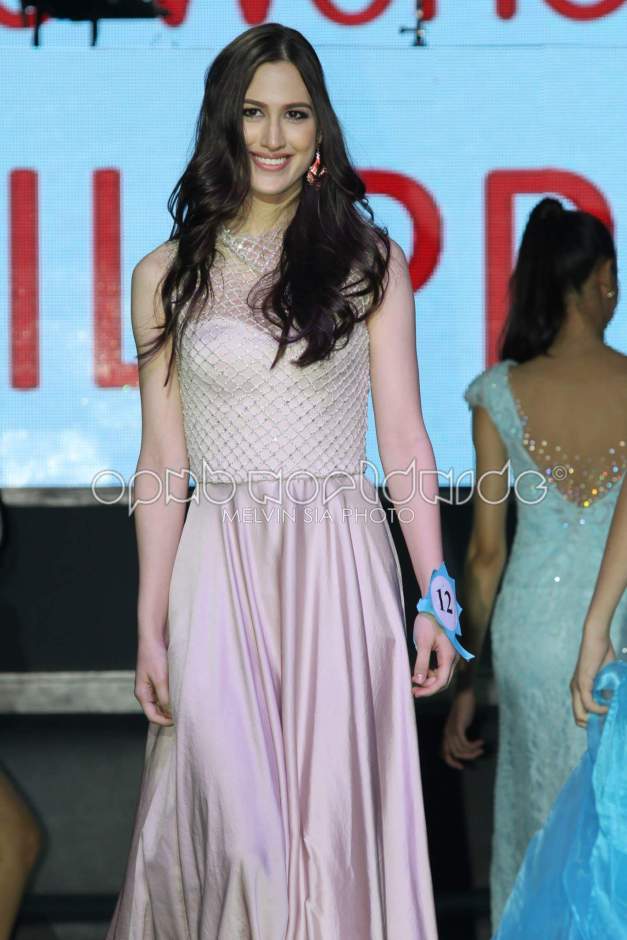 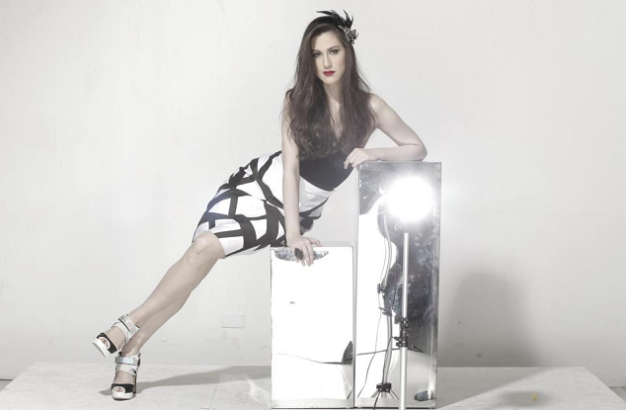 Her name is Avonlea Paula Paraiso. 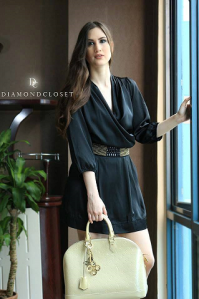 The first time I met and briefly spoke with 5’6.5″ Avonlea Paula Paraiso was last April when she attended the victory party of Bb. Pilipinas International 2014 Bianca Guidotti. Back then, she was mulling about taking the pageant route via Miss Philippines Earth 2015. I told her to check out all her options first since there are other competitions to consider.

This girl, who might initially give some readers a Lalaine Edson-ish vibe, was actually 1st Runner-Up during Miss Resorts World Manila 2013 won by Nikita Pia McElroy. Other than that attempt, she decided to go low profile first. She concentrated on her main talent, and that is playing the harp (watch video below). And this could instantly convince others that she might be a better match for Miss World Philippines 2015 instead.

What do you think, dear readers? Should she make the beeline at Gateway, Carousel Gardens or wherever Ms. Cory Quirino will set up shop next year? 😉

For your consideration: Avonlea Paraiso 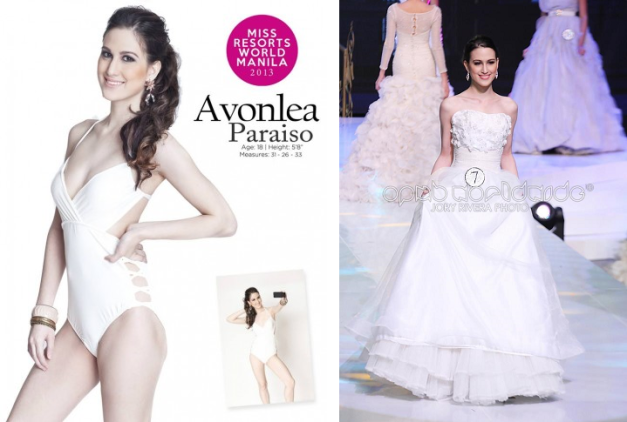 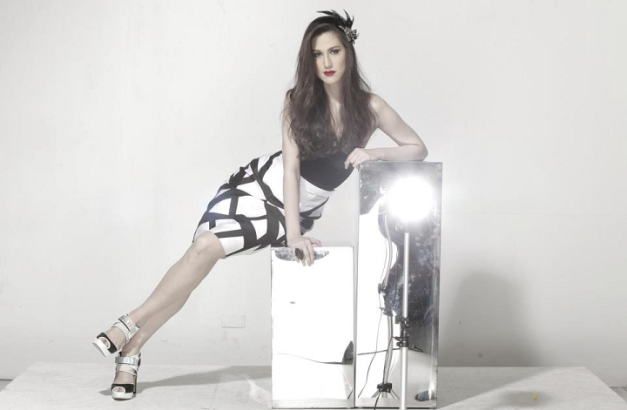 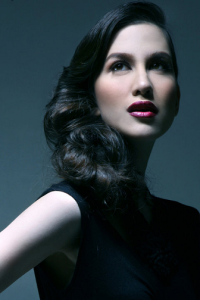 You might ask. So what’s so unique and special about Avonlea that you haven’t seen in other potential candidates so far? Well, she plays the harp (watch the video below). So the next comment would read like…”this girl is for Miss World Philippines!”

And my answer would be: “I believe she is more interested in Bb. Pilipinas if ever.”

So let’s just wait and see where she will eventually sign up.

Miss Resorts World Manila 2013 Nikita Pia McElroy: will she be Binibini-bound in 2014? 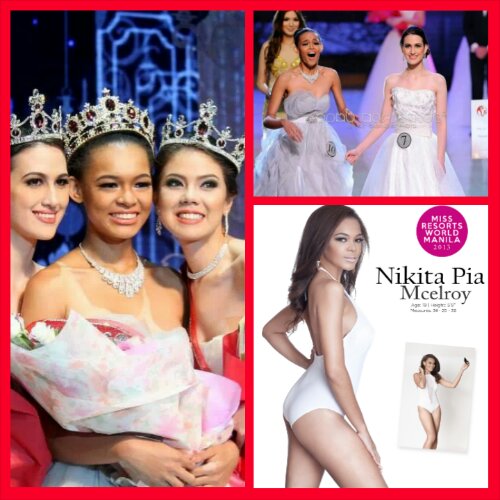 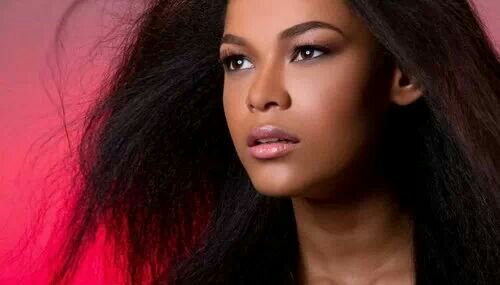 Last Saturday night, a Davaoena won half a million pesos after being crowned Miss Resorts World Manila 2013. If Nikita Pia McElroy’s name sounds familiar, she was the young lady rumored last March to represent us in Miss Teen Universe 2013 but turned out to be untrue.

So the next question that begs to be asked is if she is interested at all in joining Bb. Pilipinas 2014. At this point, I don’t think she will be inclined to do so. Her contract with Resorts World Manila has just started and I doubt it if she will be allowed to switch interest so soon.

Count her in for Bb. Pilipinas 2015. That would be a more reasonable guess. 😉