My fearless forecasts for the Golden Globe Awards

I’ve always been a movie addict. I belong to this internet group called EZ1 Productions which freely discusses about Hollywood and foreign-language films, while consummating a good chunk of time playing box-office challenge games and the like. My affiliation with them for a good part of the last decade gave me the confidence to do weekly predictions about box office grosses and/or to play head-to-head with U.S.-based members who are far more in touch with the movies.

Anyways, since the 67th Golden Globe Awards will be handed out 9 days from the date of this blog, I am fielding in my fearless forecasts for the winners of the different movie categories in the same. I decided to skip the TV section because I have not had the pleasure of watching/analyzing all its nominees.

Here are my picks:

Best Performance by an Actress in a Motion Picture – Drama

Gabourey Sidibe – Precious Based on the Novel Push by Sapphire
(This one is almost a given. I can see this young lady capturing more than one award for her unforgettable performance in the movie.)

Best Performance by an Actor in a Motion Picture – Drama

George Clooney – Up in The Air
(Although I can see the line-up being a close fight between George Clooney and Morgan Freeman – for ‘Invictus’ – it will be the former ER doctor taking home the statuette, in my opinion)

(500) Days of Summer
(This category is literally free-for-all. I can see any of the 5 nominees being announced as winner. I’m putting my bets, though, on the smaller flick to upstage its big-league opponents)

Avatar
(I can’t see it any other way. This movie is going to step up to the plate come awards night, even if “The Hurt Locker” has the best chance of upsetting the results.) 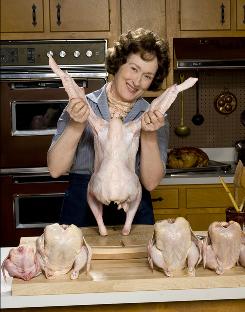 Meryl Streep – Julie & Julia
(She scored double nominations in this category – the other one is for “It’s Complicated” – but I firmly believe that she will get the nod for her outstanding portrayal of Julia Child.) 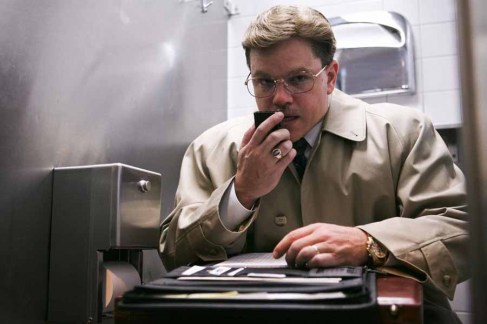 Matt Damon – The Informant!
(Another free-for-all category, if you ask me. At any rate, gut-feel tells me that either Matt Damon or Daniel Day-Lewis will eventually win. I tossed a coin. The former won.)

Best Performance by an Actor In A Supporting Role in a Motion Picture
Stanley Tucci – The Lovely Bones
(If Matt Damon does not win for The Informant!, he will definitely snag this one for Invictus. But in all honesty, I wouldn’t be surprised seeing the underrated Stanley Tucci get recognized for The Lovely Bones or the surprising Christoph Waltz pulling the rug for Inglourious Basterds.)

UP (Walt Disney/PIXAR)
(I can fearlessly state that the 4 other nominees are just there to fill the slots because “UP” is simply unbeatable in this category.)

Best Foreign Language Film
I opted out in selecting a personal choice here. I have only seen Almodovar’s Broken Embraces and nothing else among the 4 other nominees.

Best Director – Motion Picture
James Cameron – Avatar
(Oh, he will surely win this category come January 17. There’s very good competition but in the end, Avatar will bring it on for him.)

Best Screenplay – Motion Picture
Mark Boal – The Hurt Locker
(Without Avatar in the scenario, The Hurt Locker could easily win the major trophies. But it wasn’t meant to be. The screenplay category will very likely be its’ crowning glory, though)

Let’s see how the actual results will compare to mine come January 17!

The year’s biggest and costliest film will be opening in theaters this month. James Cameron, the man who gave us “Titanic”, is pinning hopes that his latest opus duplicates, if not exceeds, his monstrous hit flick about a sinking ship. Avatar should easily be the biggest Christmas blockbuster of 2009, but I have doubts if it will match the director’s personal best. Regardless, this one is destined to be a global hit.

According to imdb.com, Avatar is set during the 22nd century on a small moon called Pandora, which orbits a gas giant, and is inhabited by the tribal Na’vi, ten foot blue humanoids that are peaceful unless attacked. Humans cannot breathe Pandoran air, so they genetically engineer human/Na’vi hybrids known as Avatars that can be controlled via a mental link. A paralyzed Marine named Jake Sully volunteers to exist as an Avatar on Pandora, falling in love with a Na’vi princess and becoming caught up in the conflict between her people and the human military that is consuming their world.

Here is the extended HD trailer of Avatar that should whet your appetite for more:

The movie stars Sam Worthington as Jake Sully. He is joined by Sigourney Weaver, Zoe Saldana, Michelle Rodriguez, Giovanni Ribisi, Laz Alonso, Wes Studi and Stephen Lang. It opens in the U.S. on December 18 and in Manila and parts of Southeast Asia a day earlier on the 17th.

P.S. Due to the Metro Manila Film Festival from 25 December to 3 January, Avatar will initially have just a one-week run (17-24 December) around the Philippines but will most likely continue showing after the Holidays.