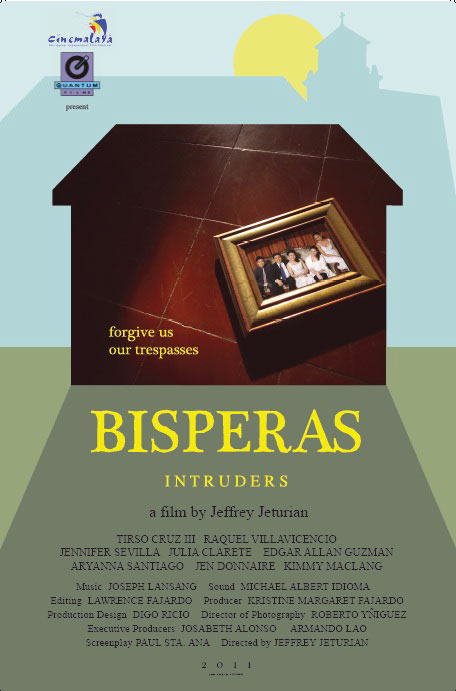 I’ve always followed Jeffrey Jeturian’s career as a Director (and also as an on-and-off beauty pageant aficionado). From his ‘Pila Balde‘ days to TV stints via ‘Maalaala Mo Kaya? and ‘Rosalka’, I was there watching his works. And now that he is officially part of Cinemalaya 2011‘s Directors’ Showcase category, I’ll definitely find time to watch his latest – “Bisperas” (Eve).

From the festival website, I quoted the movie’s plot details as follows:

The eve of Christmas, the Aguinaldo family’s residence is burglarized, causing its members to identify stolen items and uncover lingering sentiments they have hidden from each other. Amidst the tension brought about by the burglary, the Aguinaldo family realizes how treasured sentiments have been lost, relationships have evolved as they arrive from church at a house in shambles.

The ensemble acting should be a excellent watch and how the characters play up amidst a relatively unusual incident that happens on, of all nights, Christmas eve.

Do catch one of its’ screenings during Cinemalaya 2011 which commences July 15, Friday next week.