Ann Colis: Moving on from pageantry

Pageantry has been good to Ann Lorraine Colis, both nationally and internationally. She has marked a good deal of achievements in this industry that opened several doors of opportunity. Winning for the country The Miss Globe 2015 was the peak of her growth in this field. I can still remember that late morning in Manila (and late evening in Canada) when I had a friend inside the theater giving me blow-by-blow updates of the finals. Imagine my joy upon hearing that she nailed the crown.

Up to now, pageant fans and supporters continue to egg her on into returning to the pageant limelight. She is 27 years old and more than ripe for a comeback. But move on, she must.

During our chat, Ann said that “I’m just really thankful and I hope I did not disappoint anyone with my decision. I leave it now to the other girls! I’m happy with what God has given me. And it definitely opened a lot of opportunities for me. I traveled the world and experienced different cultures. It definitely helped me grow and flourish as an artist as well.”

“And I also have a big change with my career in the US. There’s a lot going on. And I’m just excited. I’d like to ask my supporters for their continued support even if I’m venturing into a different path now.” added Ann

This dusky beauty has just recently signed up with BMA Models and Artists – the only Filipino in the roster of talents. In fact, she will be flying to London early next month where she will be represented in projects that are geared into both modeling and the arts. Work awaits. And this time, she will also be doing photography. 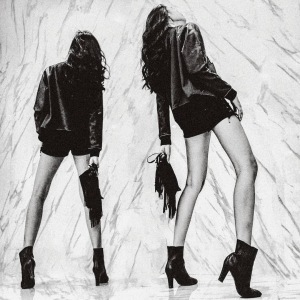 “I’m actually posting a bit of my works now on social media. Art is everything to me. It helps me to express myself in a way that I can’t say in words. So in essence, I’m still representing the Philippines pa naman. In a different field nga lang. I will always carry that with me.”

Ann wants to send her deepest gratitude to everyone requesting for her to take a second stab at pageantry. She’s happy knowing that there are still those who believe in her. But then again, her constantly changing inspirations as an individual and a professional will be given top priority. And she hopes that people will support her new career endeavors, albeit in a different path.

“…I will continue with what I’m more passionate in doing. They will see soon.” 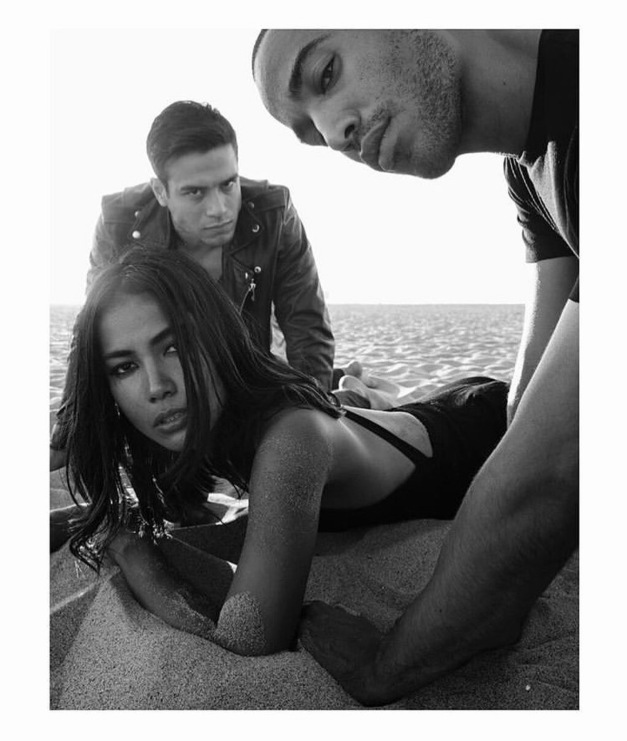 Who could be the next Bb. Pilipinas Globe?

As we go to the fourth title of Bb. Pilipinas 2019, I can’t help but share with you the difficulty in assigning a potential winner for a crown that is considered by (practically) everyone to be less prestigious than the rest. And I say that without any hints of being on the offense or anything. After all, BPCI has always stated that all six (6) titles are of equal ranking. I’m just giving credit to the number of participating delegates, branding and media mileage that the other international competitions are getting annually in comparison.

The Miss Globe Beauty Pageant is a Montreal-based organization being run by the Deliart Association. Following the victory of Ann Colis last 2015, its image has been greatly benefitted in the Philippines by being officially included in the lineup of franchises BPCI has in its ownership. And while pageant fans and followers have not really given its full thumbs-up to the same, the affiliation with Binibining Pilipinas makes it a title still worth winning.

We’re left with seven (7) choices after removing Emma Tiglao from the list. I really would love to see both Leren Mae Bautista and Ilene de Vera getting any of the six crowns. Both ladies have already proven themselves worthy after coming out on top of Mutya ng Pilipinas during their respective years. In my heart, I can give them the Globe crown without hesitations. I initially wanted to add Aya Abesamis to the fray, but I digressed because it will be such an odd play that would need tons of explanation to people who may or may not care. 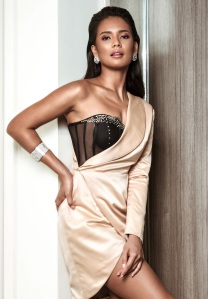 Now how do I break the tie? After much consideration, I stacked their individual achievements and focused on what each can offer to the BPCI table. And I saw the Lagunense as someone who deserves to be crowned more than the lady from Mandaue City (not to mention that the former already has an international win to her name). The Miss Globe may not be the honor that her team is originally hoping for. But at the end of the day, a Bb. Pilipinas title is still more precious than a runner-up position. It is a platform by which she can use her empowered status to pay forward the anti-bullying empowerment to more people.

I choose Leren Mae Bautista to succeed Michele Gumabao. Therefore, she is my final pick for Bb. Pilipinas Globe 2019. 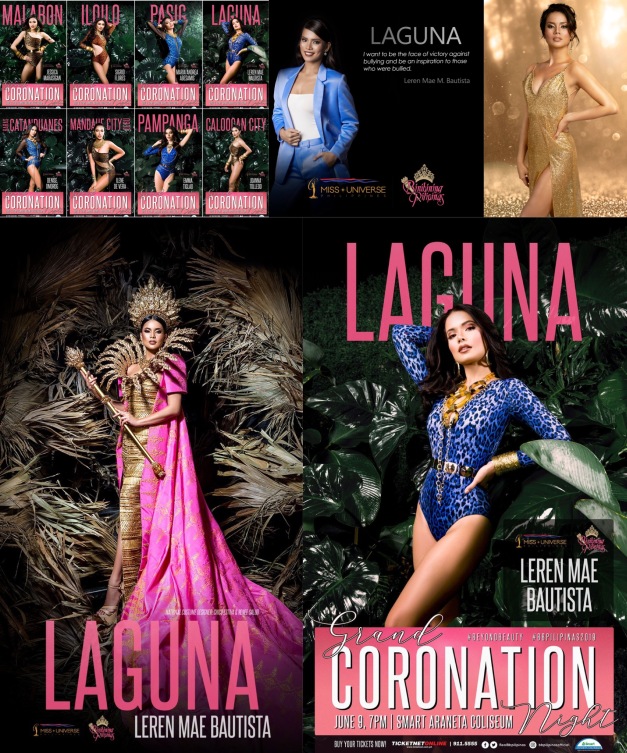 The Miss Globe 2015 Ann Colis continues her conquest of the US with these shots from her photoshoot for sporting brand adidas. 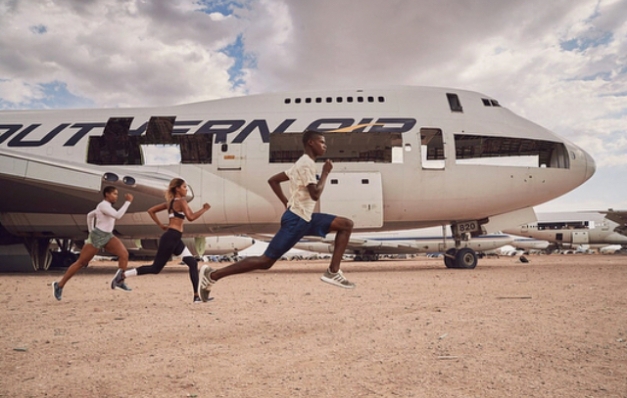 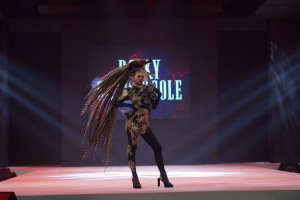 In photos captured by lensman Roj Miguel and the photographers of Metro Style Magazine, here is a blog about the highly-successful Gala Show of Designer Rocky Gathercole for Bantay Bata 163 20th Anniversary. The man is a genius, reason why he is one of the few I genuinely admire. All his works are meticulously crafted with details so masterfully put together. Very clean execution overall – one of the trademarks he is known for, aside from including highly-original pieces where the wow factor (just like the Chess-inspired one above worn by a fully-covered Priscilla Kim dela Cruz) is hits through the roof.

Jojo Bragais provided all the shoes worn by the models which also include Miss Globe 2015 Ann Colis. 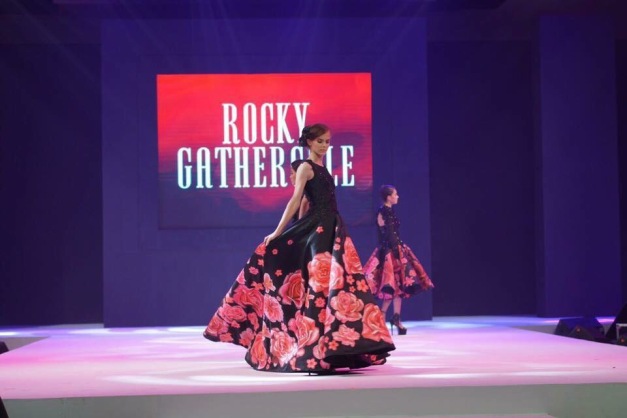 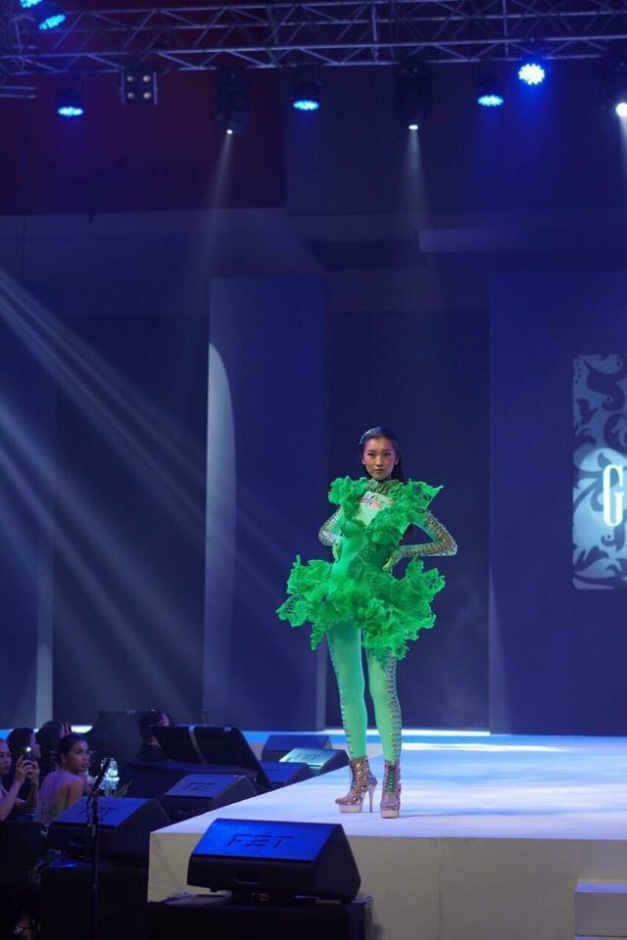 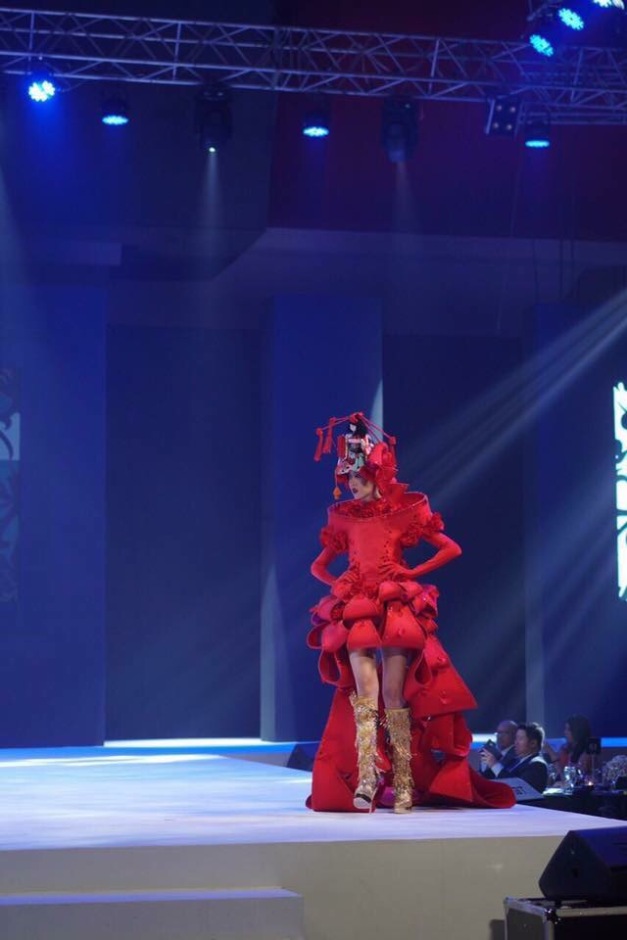 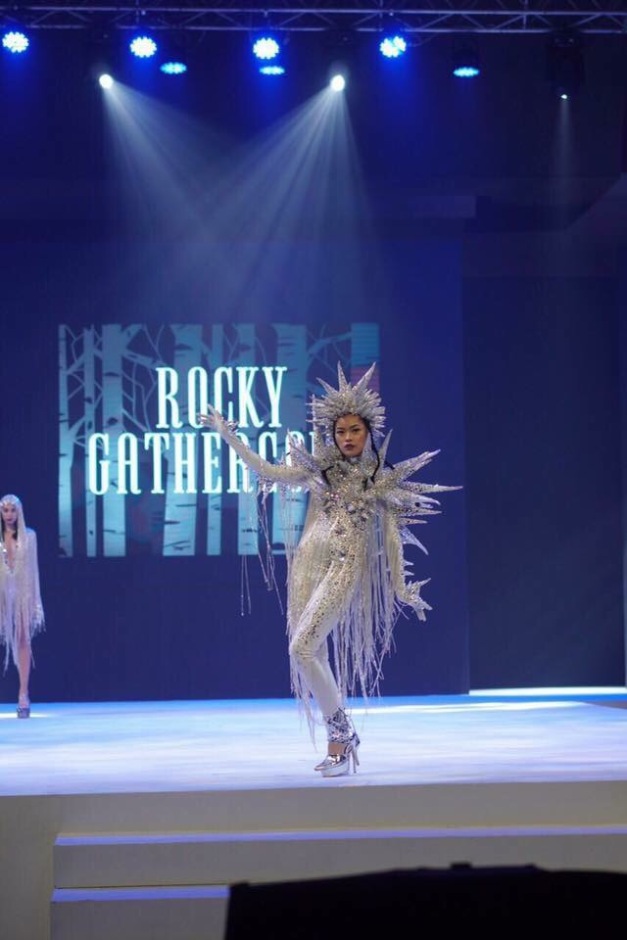 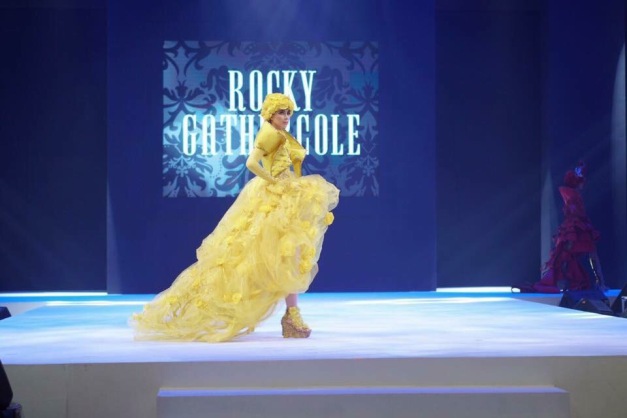 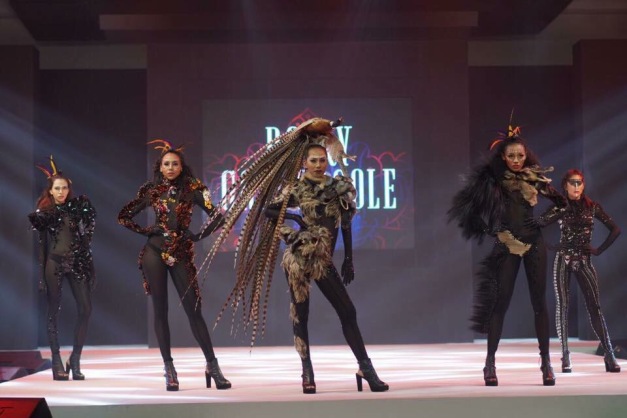 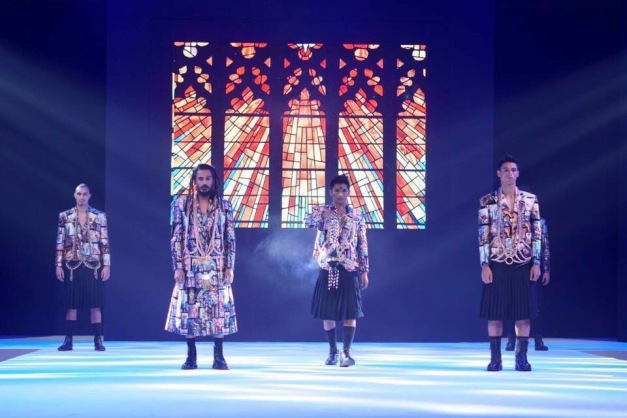 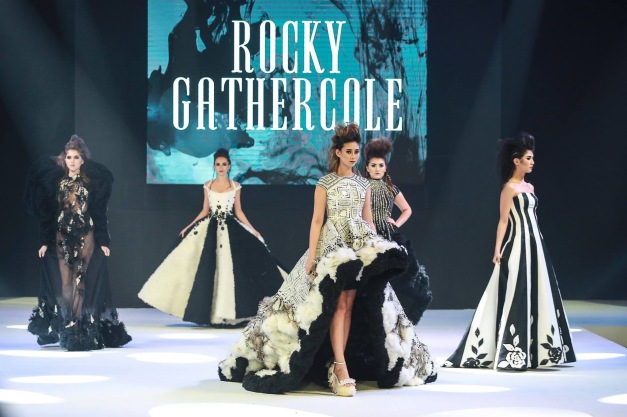 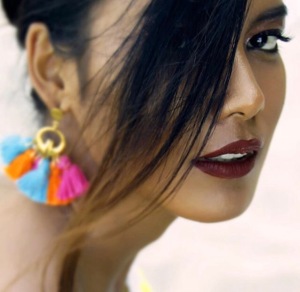 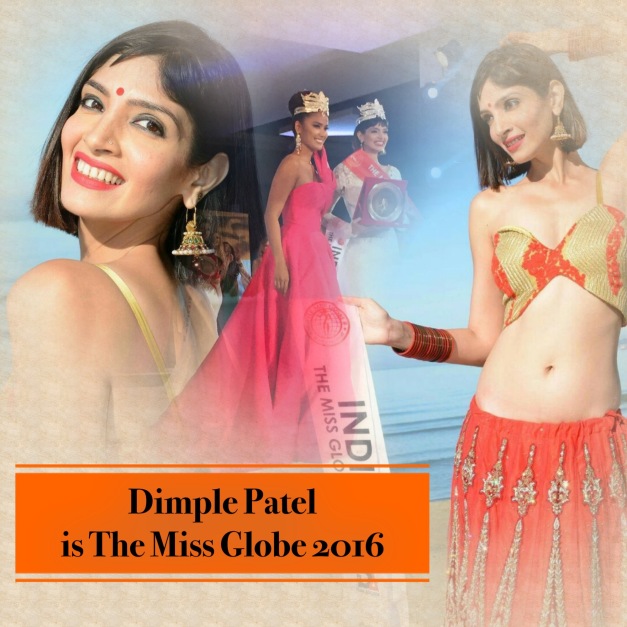 An Indian Supermodel was crowned The Miss Globe 2016 during the finals of the pageant in Tirana, Albania. Dimple Patel succeeds last year’s winner Ann Colis of the Philippines. Yenny Carrillo of Colombia was named 1st Runner-Up, with host delegate Kristina Skurra getting 2nd Runner-Up honors.

Miss Philippines Nichole Manalo finished in the Top 10 (or Top 11 if you will) and was also named Miss Dream Girl of the World (or the prettiest among the candidates).

Ann Colis (left) after crowning her successor in Tirana 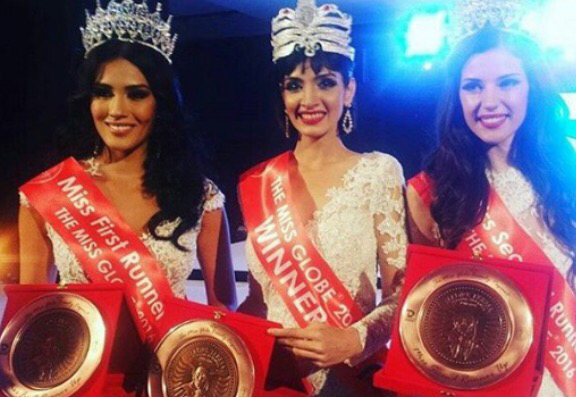 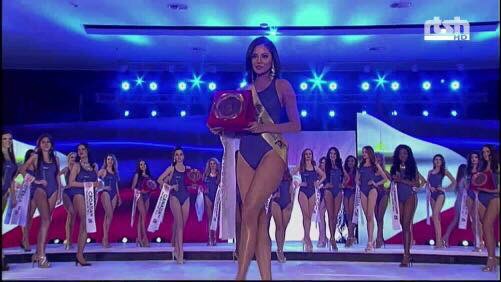 Let’s hope either of the links will work so that we can check out the live proceedings and see our very own Nichole Manalo.

NOTE: You will need a stable broadband connection to watch. 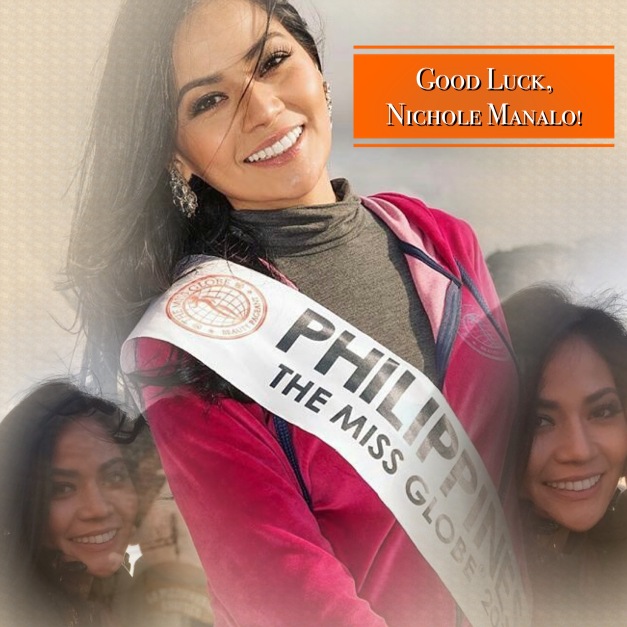 There is a seven-hour difference between Manila, Philippines and Tirana, Albania. So if the finals of The Miss Globe 2016 will start at around 7pm-ish over there, then that would be around 2am of Saturday (November 26) here. Today is the date when we shall all find out who the successor of Ann Colis will be and if Bb. Pilipinas Globe 2016 Nichole Manalo has made strong enough strides to walk away with the crown that will bring her dreams of a back-to-back win to a most meaningful realization.

I know that our bet is one of the more highly-regarded candidates in this year’s batch. And even if one pageant follower will check the roster only for the first time, it would be hard to ignore the beauty and presence of Nichole in the competition. She stands out without a doubt. So if the Albanian organizers do not mind giving the 2016 crown to another Filipina, then I don’t see any reason for missing the victory (or coming very very close to it at worst).

From all of us here at normannorman.com, we wish you the back-to-back crown, Nichole Manalo! 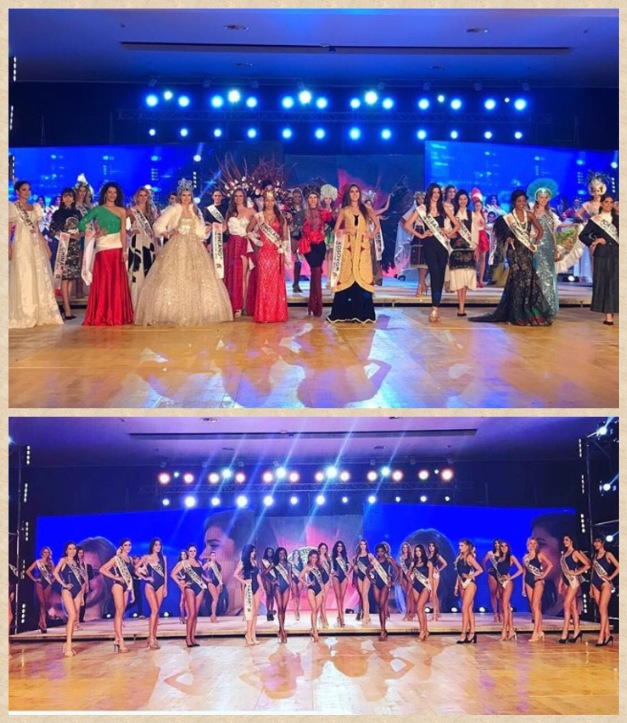 During The Miss Globe 2016 Pre-Pageant

P.S. There is no advise yet on whether a Live Streaming of the Finals will happen or not. Stay tuned for last-minute updates on the finals of The Miss Globe 2016.

Nichole during the Charity Bike Event

Tirana, Albania may be far away but the updates on The Miss Globe 2016 are coming just as if the competition is being held just around Asia.

Yesterday, Bb. Pilipinas Globe 2016 Nichole Manalo made her first cited impact when she placed 3rd during the Miss Bikini side competition topped by Miss South Africa, with Colombia placing 2nd. Prior to this, she joined the other delegates on a tour of the Albanian capital mixed with sponsor visits in between.

I am sure the organizers are keeping an eye on our bet. Nichole is a definite stunner and by now, she has already adjusted well to the new settings.

And I will keep you regularly posted on what’s happening in Albania. 😉 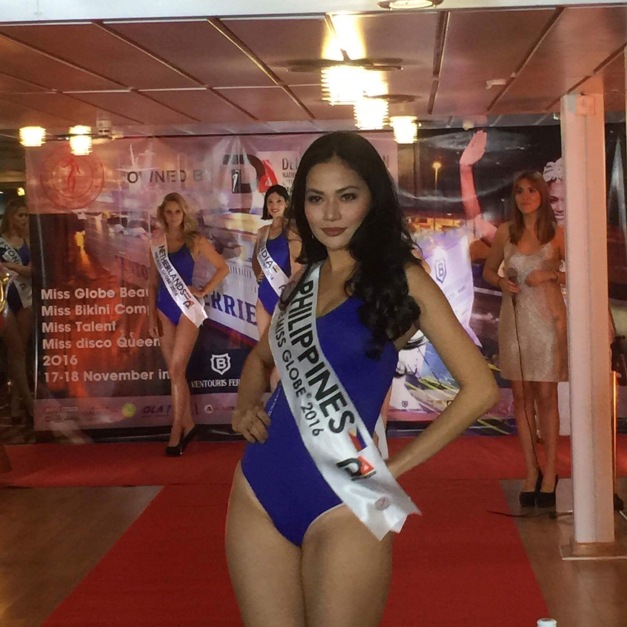 Nichole during the Miss Bikini Competition

Nichole at the Bunk’Art Museum

Nichole during a Sponsor Visit at Harvest Olives 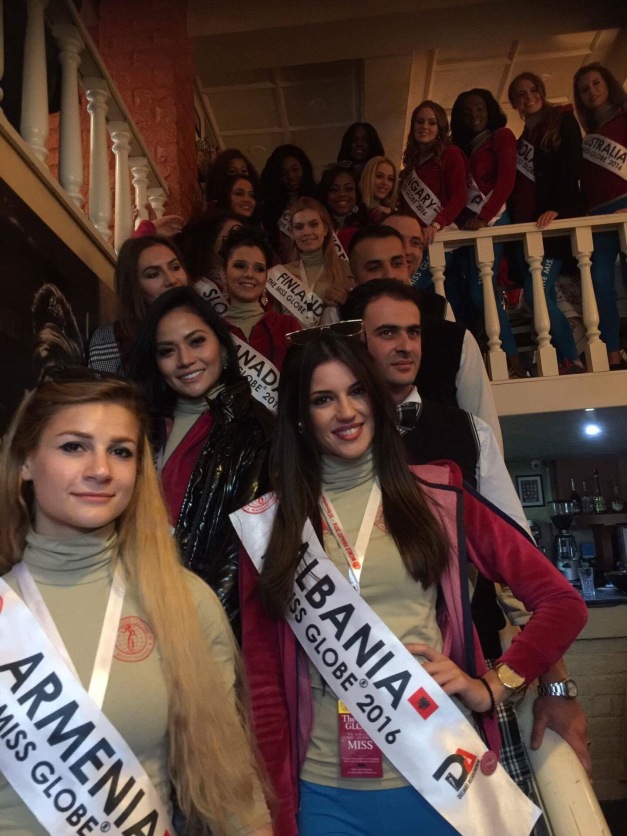 During lunch at La Voglia