In Warsaw, Poland at the moment, Miss Supranational 2016 has just started the ball rolling for this year’s edition. And you already know by now that there are at least two Filipinas of mixed-race competing for the crown and they both come from the same beauty camp – Kagandahang Flores.

Miss Philippines Joanna Eden (half-Australian) and Miss Germany Anja-Vanessa Peter (half-German) are the two ladies in this feature. And inspite of being good friends and camp sisters, they are now on opposing sides fighting for the crown that I am personally wishing for the country in order to fulfill the 2nd piece that would approximate the achievements of our Queens last 2013.

Of course, it goes without saying that the support of the Filipinos will go Joanna’s way. But hey, I won’t stop you from throwing your cheer for Anja as well. They are both very nice ladies who will definitely give the whole mission a good fight.

Joanna poses with Misses Korea and Japan for Miss Supranational 2016 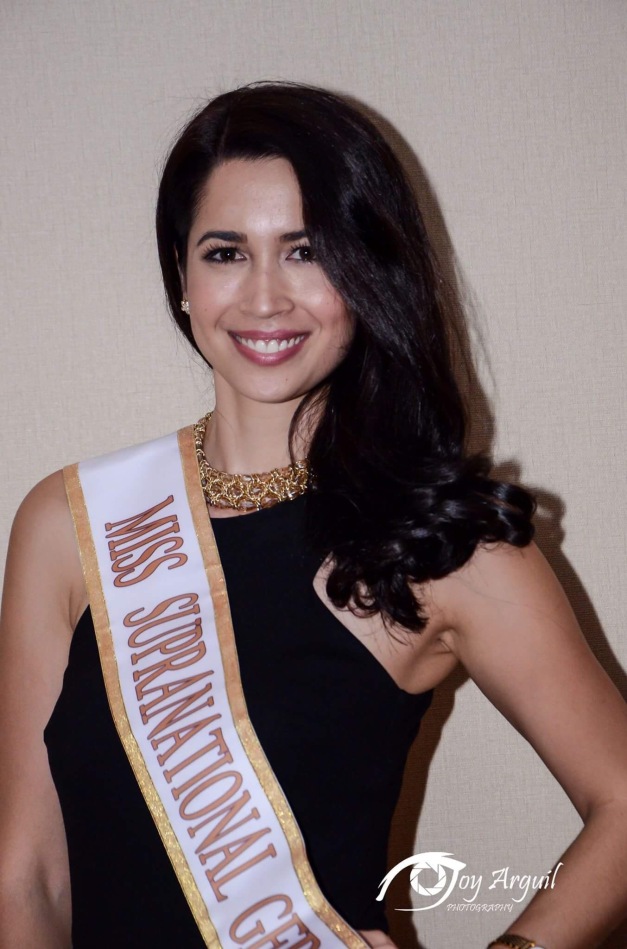 My coverage partner Joy Arguil and I “cornered” the beautiful Fil-German lass and took a few shots as she was already wearing her brand-new sash that signifies her participation in the upcoming Miss Supranational 2016 to be hosted in Slovakia and Poland from late November till early December. 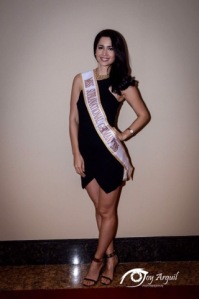 Anja-Vanessa is feeling the pressure right now, given the expedited preparations she is going through so as to make good with her representation of Germany in the international competition. But you can tell the excitement in her eyes. There is a twinkle that confirms readiness to prove her worth in the global pageant stage.

And while she may be carrying Germany, Anja-Vanessa remains proud of her Filipino roots. After all, she waited long for this opportunity and will not pass up on being part of a big competition.

“Presenting to you the new Miss Supranational Germany 2016 Anja-Vanessa Peter.
Anja is a tennis player, she has a Bachelor’s degree in Communication and Business and is currently working on her Master’s degree in Organization and Communication. Anja also works as a model and as a host.
She was Miss Universe Germany 2015 1st runner-up & Bb. Pilipinas 2015 Top 15 Finalist.
Let us support her on her journey to the crown 👑 Thank you so much” ❤❤❤👍🇩🇪😁

Interestingly enough, both Anja-Vanessa and Joanna come from the same beauty camp (Kagandahang Flores) here in the country where they were pageant-trained. So it would be nice to see them as roommates once the competition in Europe starts reelings off 2nd half of next month.

Miss Supranational Germany franchise holder Frederick Lobaton is optimistic of Anja’s chances in the bigger challenge up ahead. The latter has already been immersed in trainings, workshops and photoshoots that will better equip her already polished self for the global pageant stage. 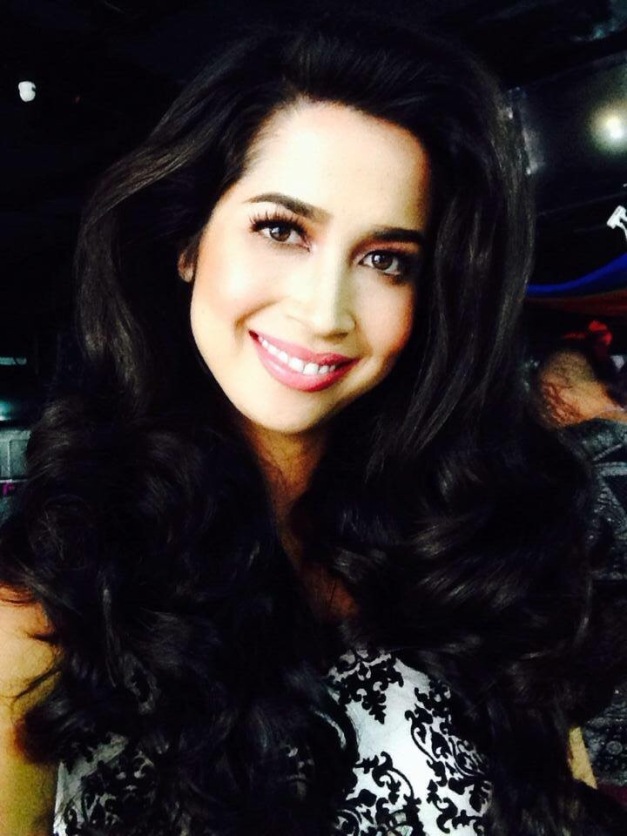 Allow me to wish Anja the best in the mission for Germany. She may be representing another country, but she has already endeared herself to Filipino pageant fans here and worldwide. 🙂 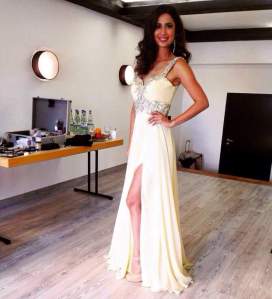 It was almost within her reach. So close that she could actually smell victory. But after the dust settled, Anja-Vanessa Peter had to be happy with a 1st Runner-Up finish to Sarah Lorraine Riek during the finals of Miss Universe Germany 2015. It would have been more exciting had the Fil-German beauty won to insure that at least two (2) Bb. Pilipinas 2015 Alumni will participate in Miss Universe 2015 scheduled this coming December 20 in Las Vegas.

But who knows? Stranger things have happened in the past. The 1st Runner-Up position is very crucial, should the crowned winner be unable to fulfill her duties and responsibilities. Of course, I’m not wishing ill on anyone. It’s just a possibility. 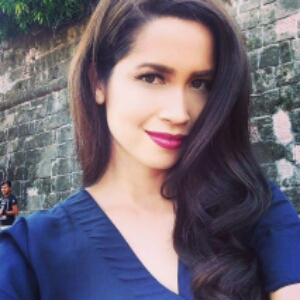 Bb. Pilipinas 2015 Official Candidate Anja-Vanessa Peter is now vying for Miss Universe Germany 2015 and is one of this year’s Top 15 Finalists. She might just get a more solid crack at the chance to participate in Miss Universe 2015 if she figures out well in the national finals next month. At 26, this is her last chance to do so. Now-or-never mode. And I have a feeling she will stand out after the kind of training she underwent with Kagandahang Flores (KF) and the big-league competition itself. Germany will benefit most from her transformation.

You can show your support for Anja by liking her photos in the pageant’s Facebook page. The three ladies with the most number of likes will automatically advance to the Top 10.

Good luck, Anja! Give it your best shot! 🙂

Anja during a couple of her fashion shows locally

Marry Me at the Marriott (in one of these)

During last weekend’s Marry Me at Marriott Fashion Show, five (5) of our top designers – Rajo Laurel, Randy Ortiz, JC Buendia, Rhett Eala and Frederick Peralta – unveiled their respective bridal collections that coincided with the official launch of the Marriott Grand Ballroom which is reputed to be the biggest in the country today.

And in line with the event, I paired some of the pieces in the five different collections as worn by familiar faces in the pageant and modeling industry. Take your picks among the three pairs and tell me which bridal style would suit your taste if your were to walk down the aisle. 🙂

All images are courtesy of Bruce Casanova.

Would you go French chic with a Rajo Laurel (on Kylie Verzosa) or Rhett Eala (on Vanessa Mae Walters)?

Would you prefer non-traditional colors like these Frederick Peralta creations on Monika Sta. Maria (in black and white) and Anja-Vanessa Peter (in light mocha)? 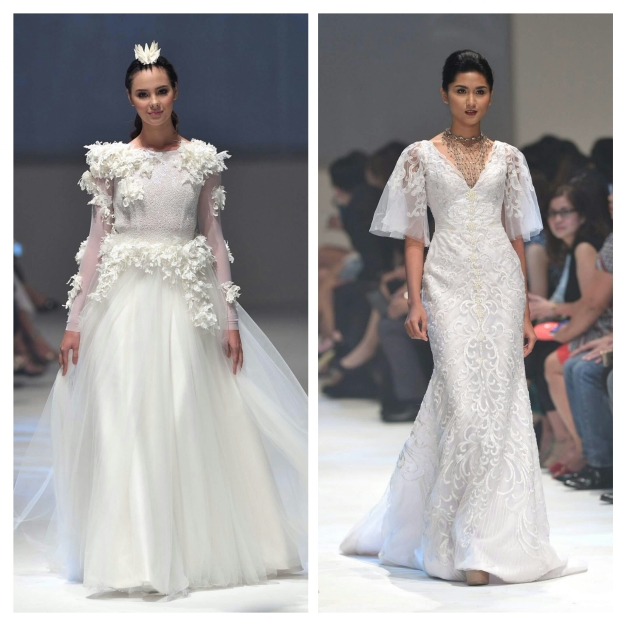 Or will you stick to white but go all-out like the Rhett Eala flowery (worn by Catriona Gray) or Randy Ortiz quiet elegance (on Jodilly Pendre)?