Angeline (extreme left) with Vartika of India, Hoang Thuy of Vietnam and Frederika of Indonesia (Photo by Fadil Berisha)

You will all remember Angeline Flor Pua, the full-blooded Filipina who won the national crown of Miss Belgium 2019 and represented the Western European country in in both Miss World 2018 in Sanya, China where she competed with our Katarina Rodriguez and Miss Universe 2019 in Atlanta, Georgia against Gazini Ganados.

Angeline has recently started her own channel on YouTube. Check out this lady and see how she communicates to her subscribers. It is one aspect that we have not really seen and appreciate about her.

It’s already a given that Filipinos are the best exports the country has. Be it in contracted work or immigration, our kababayans almost always excel in anything that they set their hearts into, pageantry included.

In the Scandinavian region and Western Europe, four (4) Filipinas have scored wins in the national pageants of their respective home countries. These ladies went on to compete for three of the biggest crowns in international beauty contests – Miss Universe, Miss World and Miss Earth. And the Pinoy connection cannot be denied. Apart from looks and names, they themselves have proudly stated their roots.

It is a fact that the Filipino is a certified global citizen – not only in terms of having OFWs, interracial marriages and immigrants in all parts of the world, but also in conquering beauty pageants well beyond its own national competitions. There were several ladies with Filipino heritage who came out on top and represented their home countries like Canada (Riza Santos and Renette Cruz), Belgium (Angeline Flor Pua), Australia (Nina Robertson), Austria (Melanie Mader), Sweden (Cloie Syquia Skarne), Guam (Alixes Scott), Japan (Kumi Miyamae), Italy (Mara Morelli), Denmark (Maya Celeste Padillo Olesen) and Malaysia (Scarlett Megan Liew Zi Ling) to name some.

Back in 2001, Angela Perez Baraquio achieved three distinctions – being the first Asian American, first Filipino American and first teacher to win the Miss America crown. She represented the state of Hawaii and is the eighth child of an immigrant couple from the Province of Pangasinan here in the Philippines.

Baraquio earned her master’s degree in educational administration from the University of Hawaii in December 2004. During her year as Miss America in 2001, Baraquio’s platform was character education.“

“From August 1999 to June 2000, Baraquio was a faculty member at Holy Family Catholic Academy in the Salt Lake subdivision of Honolulu. She taught physical education, was athletic director and coached basketball, volleyball and track. Baraquio was also choir director of the historic St. Augustine Church in Waikiki.

In 2015 Baraquio was appointed principal of St. Anthony of Padua School in Gardena, California.

Currently, Baraquio and her family live in Anaheim, California.” 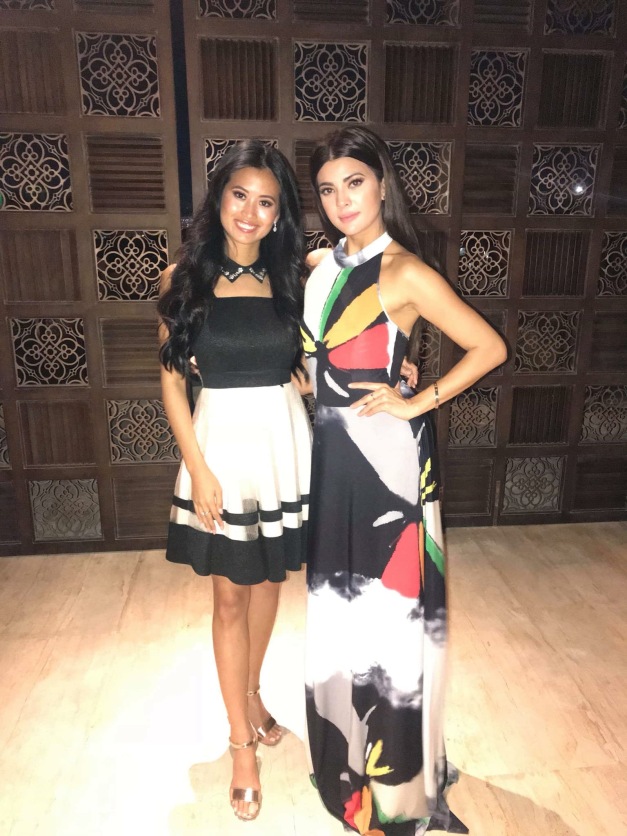 Finally, two Pinay candidates in one photo: Miss World Philippines Katarina Rodriguez (right) and Miss World Belgium Angeline Flor Pua for Miss World 2018. Would have preferred them to be roommates, but I would rather that they become really good friends.

Angeline Flor Pua, a 22 year-old from Antwerp, is the winner of the 50th edition of Miss Belgium. She will now represent the country of fabled waffles and chocolates in Miss Universe 2018.

Angel, who is a pilot-in-training, reigned as Miss Filipina Europe 2016 before finally taking part in Miss Belgium.

Congratulations on your win!