Miss Universe Philippines 2016 Maxine Medina won’t be turning 26 till Election Day arrives, but as early as last night, she celebrated the special occasion by gathering family members, close friends from both the pageant and modeling industry, personal allies, beauty queens and more. The venue was Jardin Garden Club at the Ground Floor of Remington Hotel which later transferred to House Manila for a fun-filled party with more guests arriving.

Here are photos from the party. 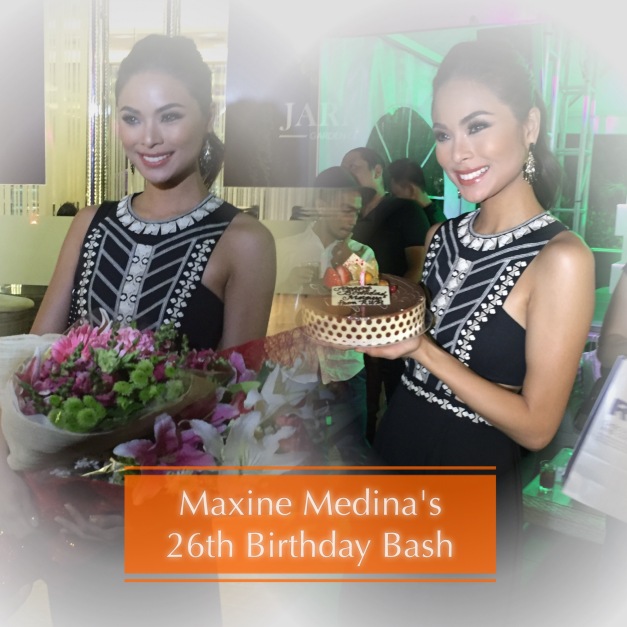 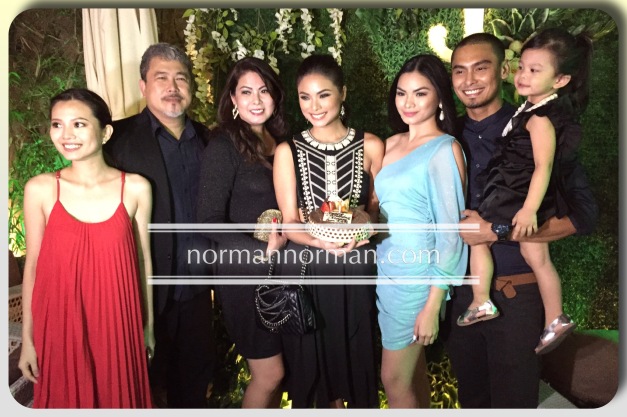 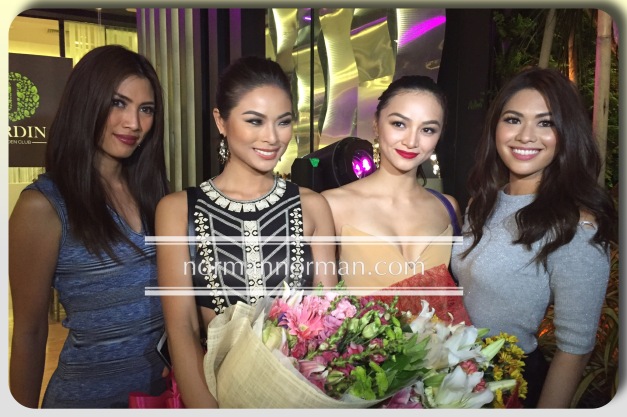 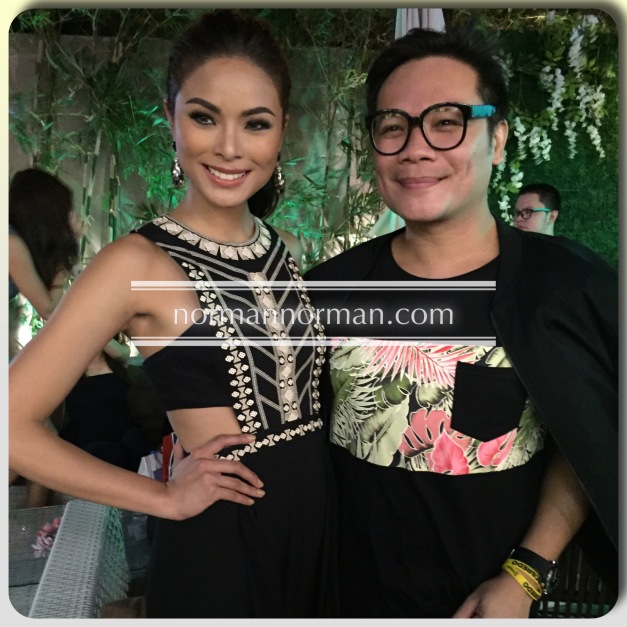 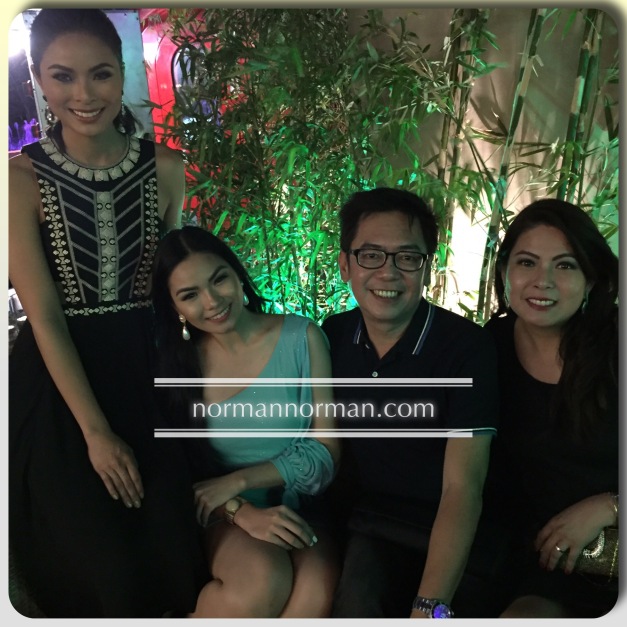 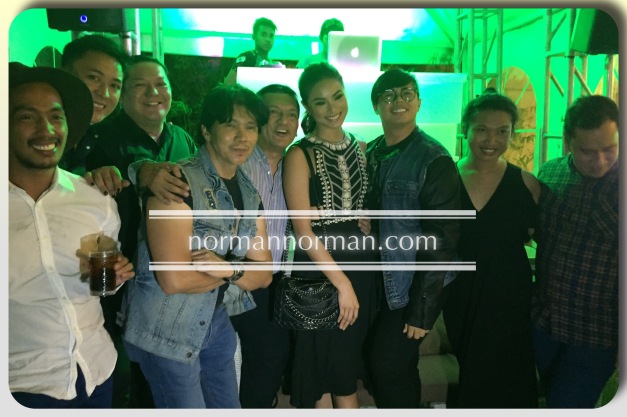 Maxine (center) with some of her Aces & Queens family members 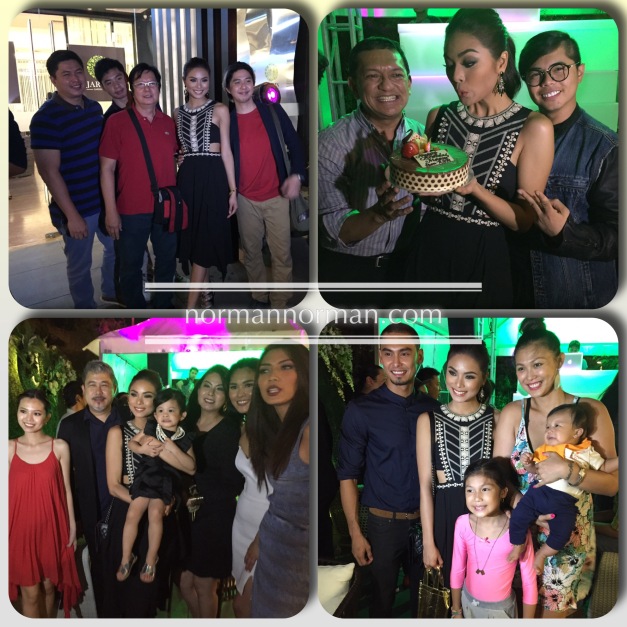 More photos of Maxine with guests 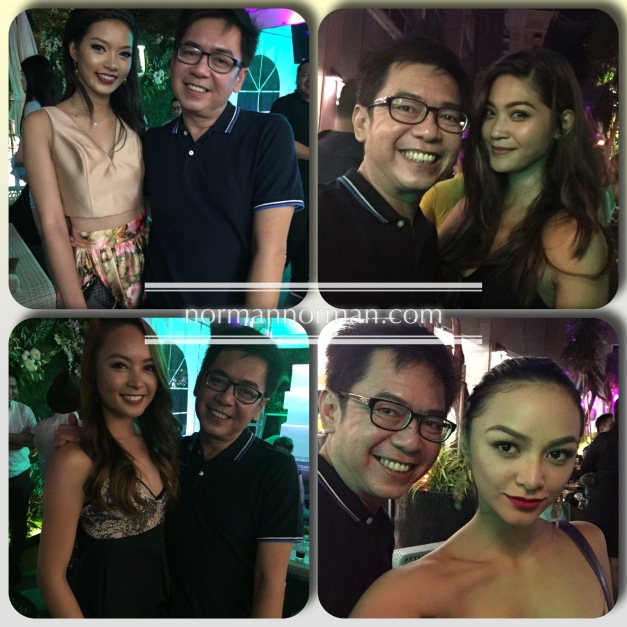 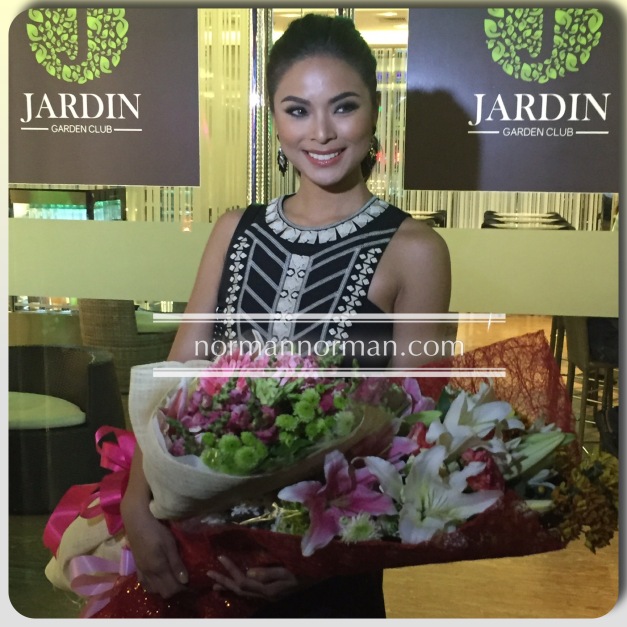 Maxine was at her happiest last night

Aces & Queens: Exceeding all their expectations 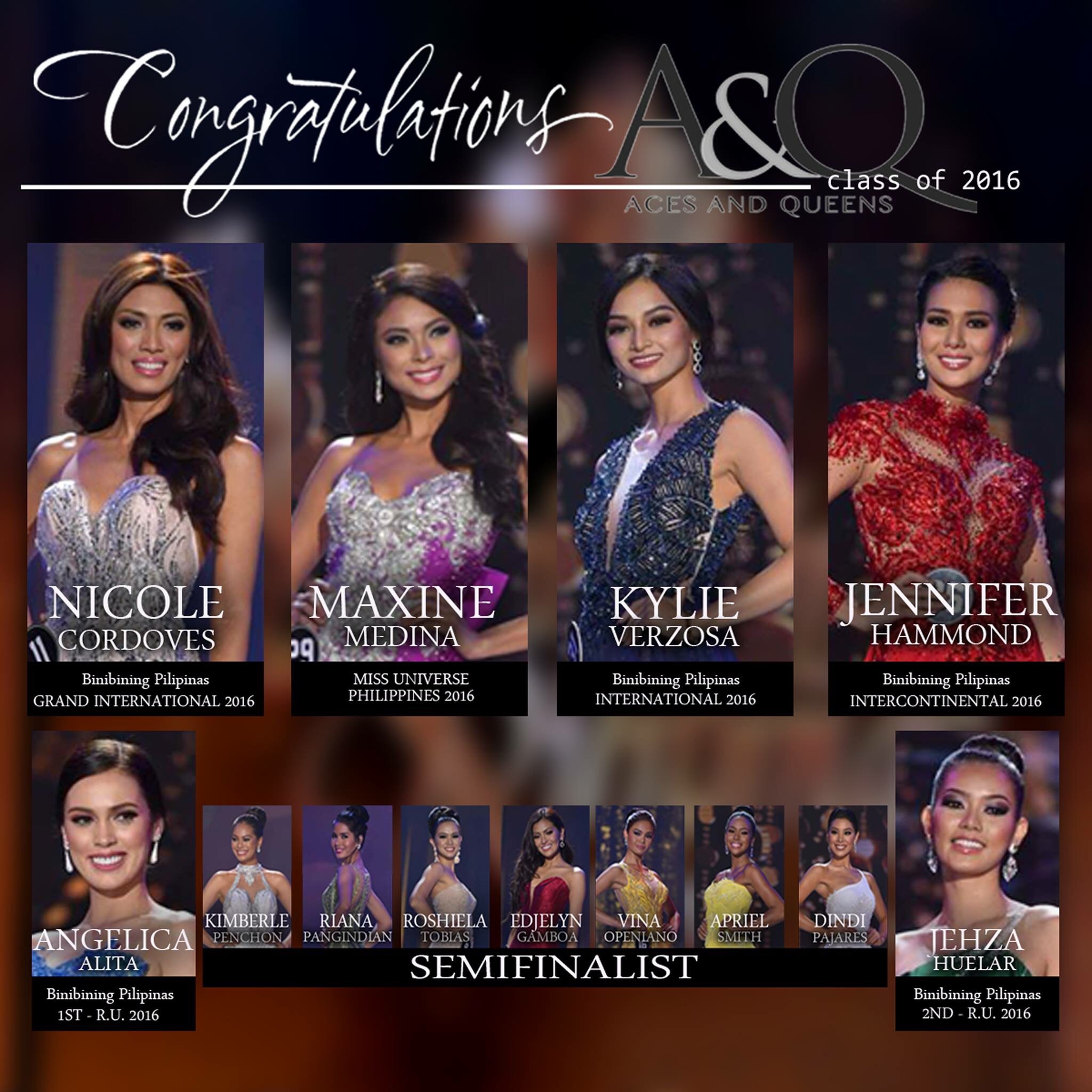 With four titleholders, two runners-up and seven Top 15 placers, Aces & Queens is definitely on a roll!

The beauty camp is definitely on a roll. And the members of Aces & Queens – headed by Jonas Gaffud – could not contain their excitement after surpassing all expectations during Bb. Pilipinas 2016.

And among these ladies, several special and sponsor awards were bagged, such as Miss Photogenic, Jag “She’s Got the Look” & Manila Bulletin’s Readers Choice for Kylie Verzosa, Miss Philippine Airlines for Maxine Medina, Best in Long Gown for Jennifer Hammond, Miss Talent & Miss Friendship for Vina Openiano plus the Best in National Costume for Angela Lauren Fernando. 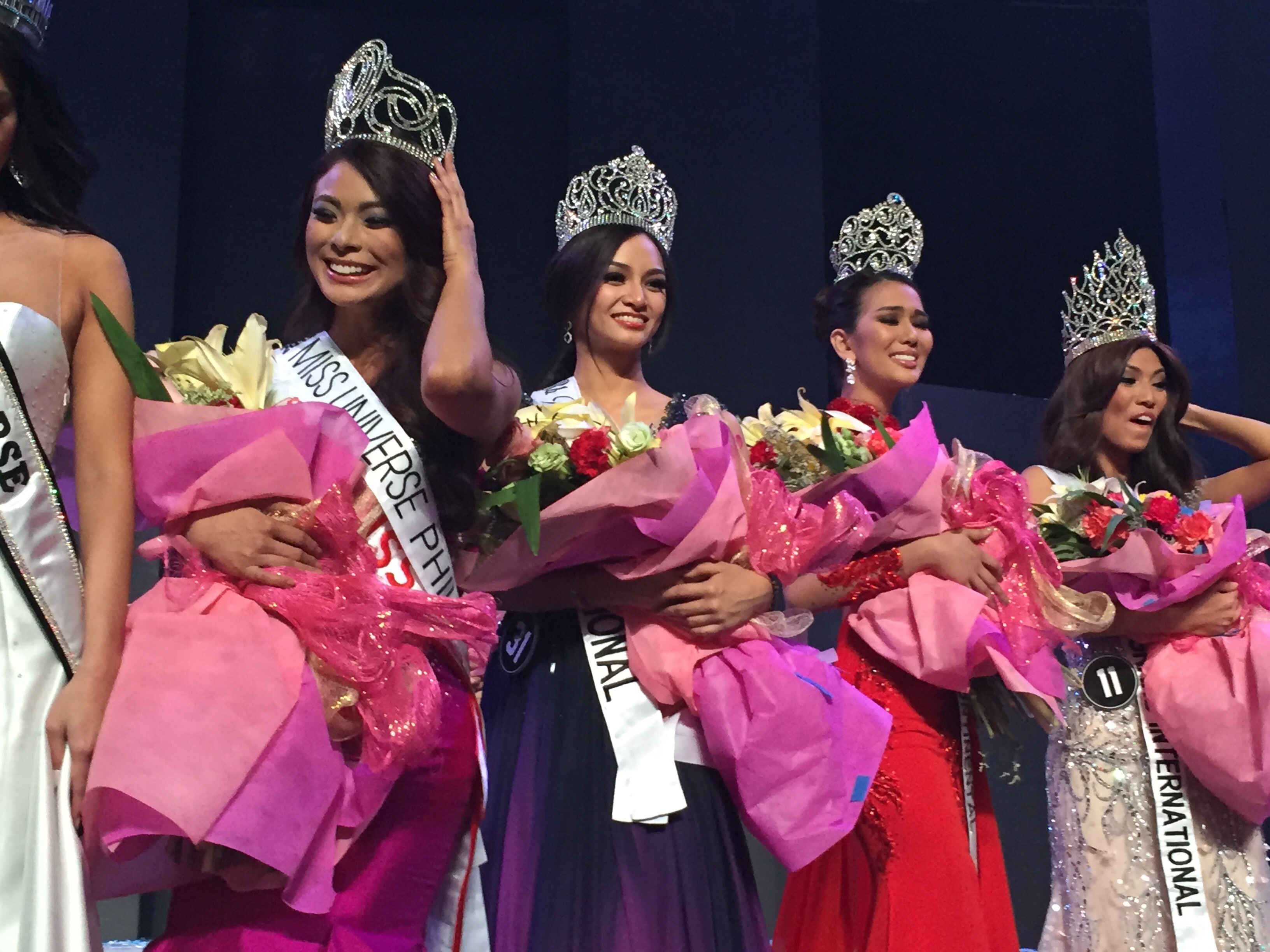 This is truly a stellar year for Aces & Queens in the nationals!

Keep the votes coming for your Favorite National Costume in Bb. Pilipinas 2016!

You might have already forgotten about the online voting for your Favorite National Costume, so let this be a gentle reminder to keep the likes (or votes, if you will) coming for the six finalists for the said special award.

Of course, it does work to the advantage of whoever has the strongest supporters among Binibinis Angela Fernando, Paula Rich Bartolome, Maria Lina Prongoso, Dindi Pajares, Jonti Martinez and Angelica Alita. But try going beyond the Binibinis wearing them as well so you can fully appreciate the creations of Designers Frederick Peralta, Joel Acebuche, Polly Lagyap, Cherry Samuya Veric, Jonti Martinez and Bessie Besana.

Here again are the six (6) finalists in photographs taken by Raymond Saldaña. 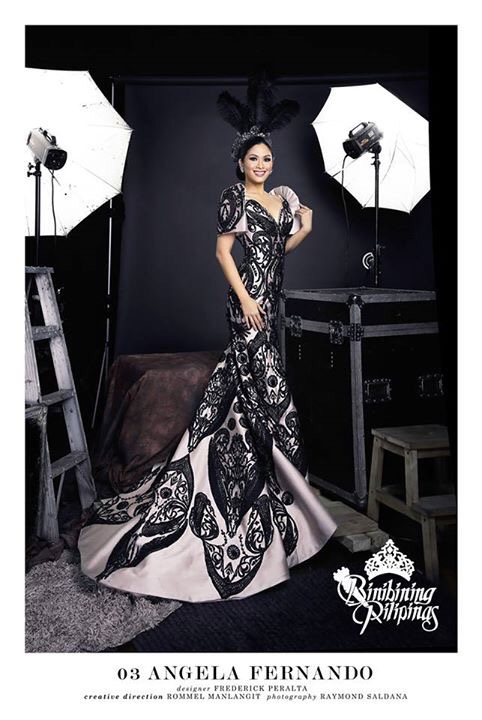 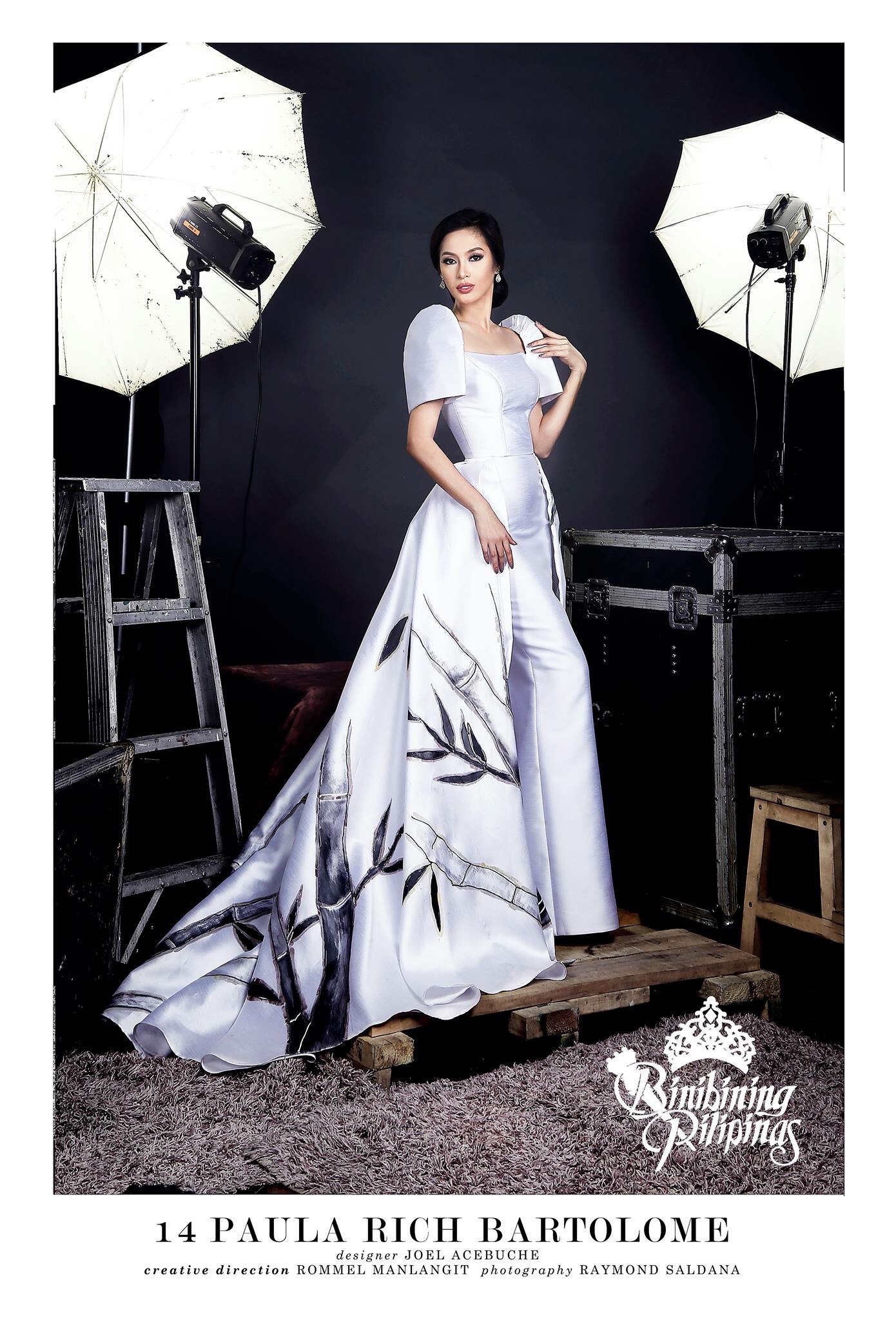 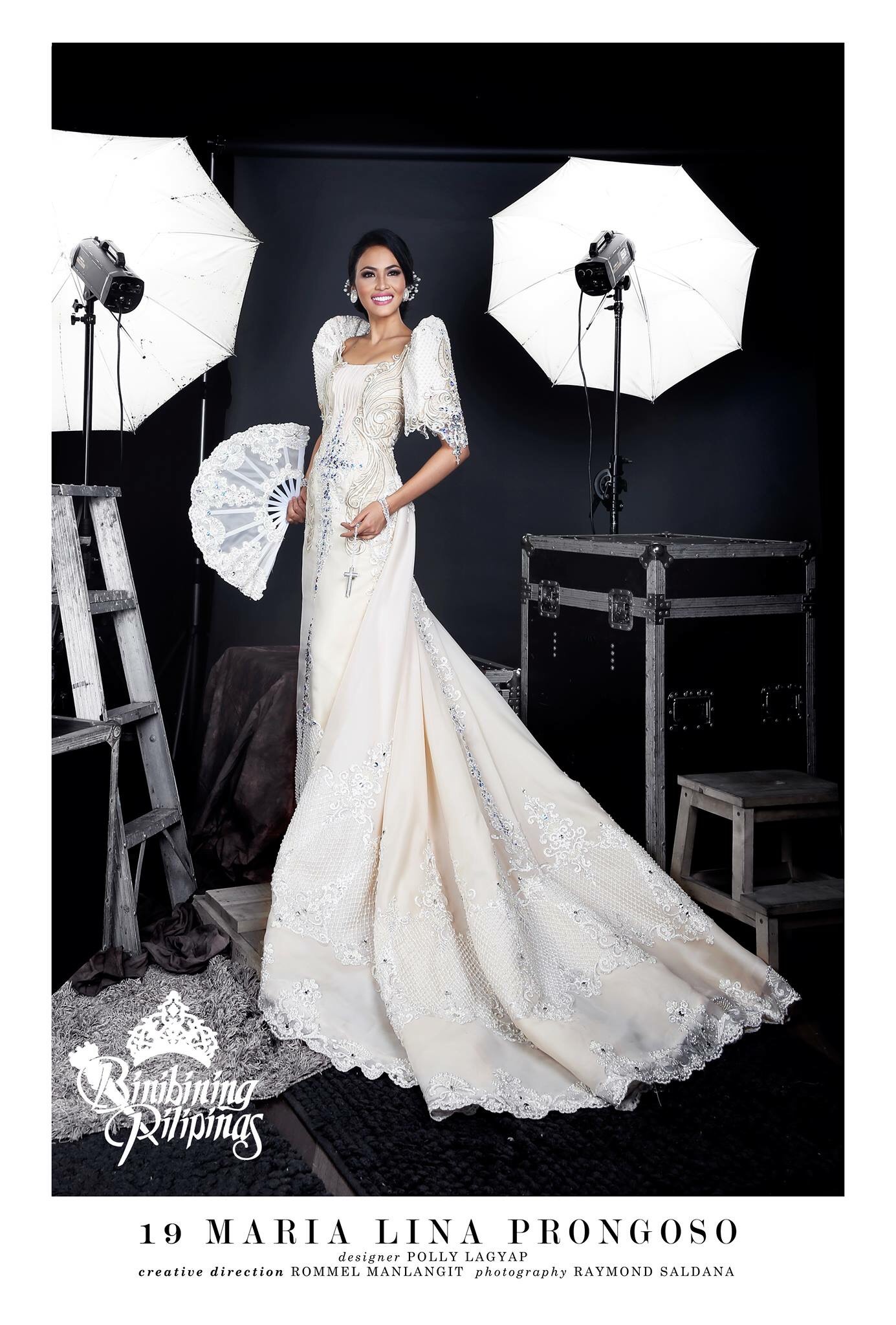 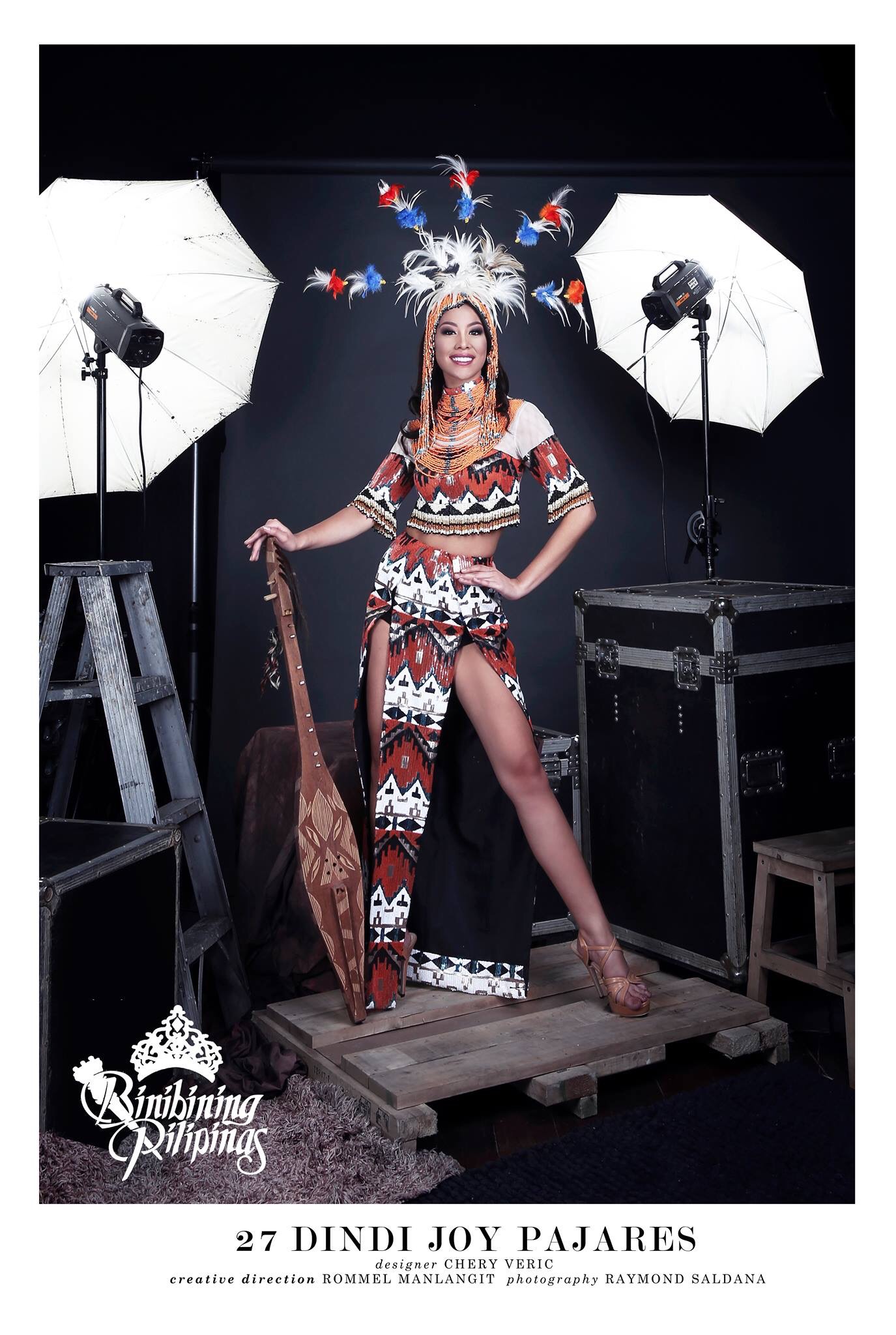 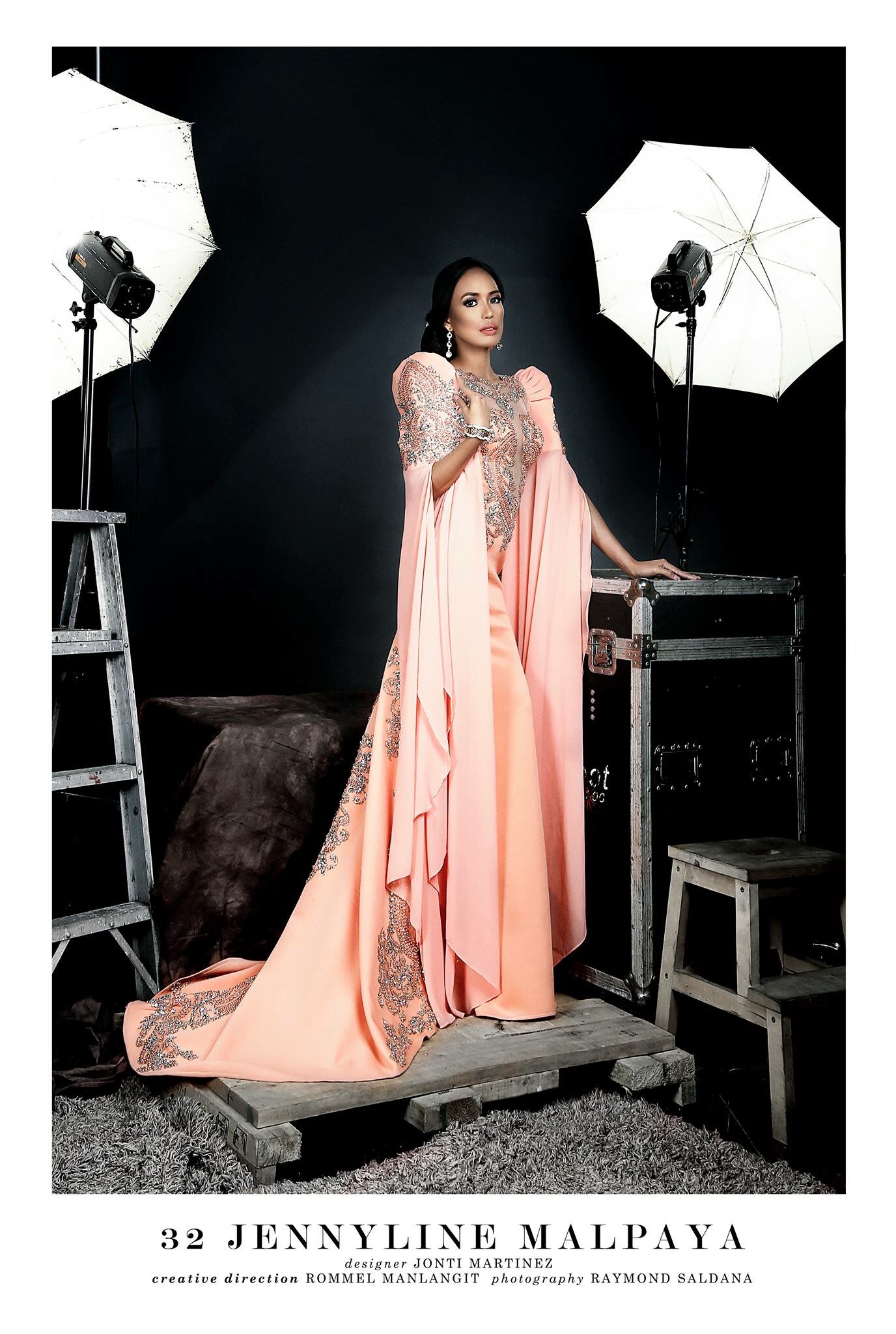 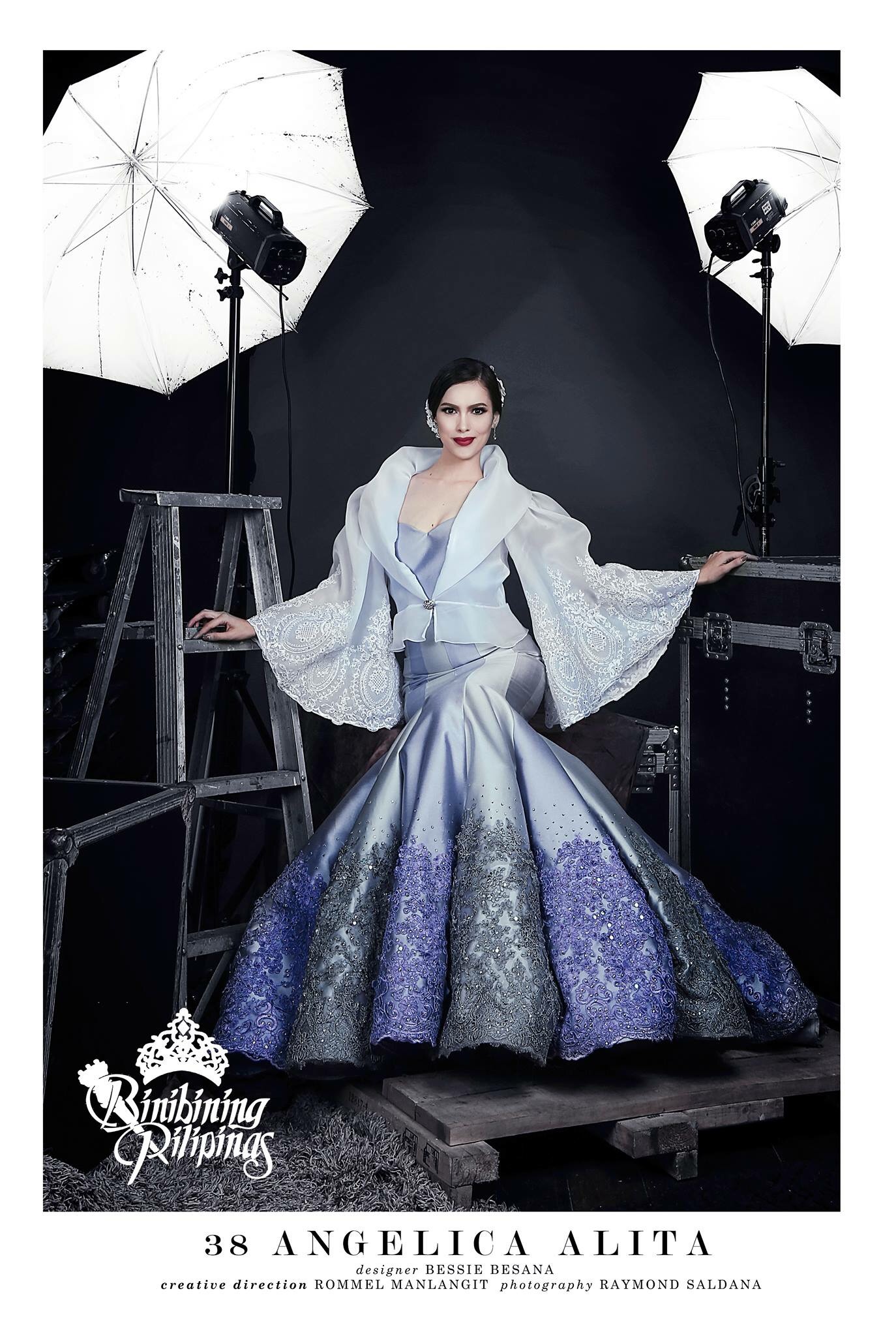 Is the #DocBinibini Angela Fernando IN? 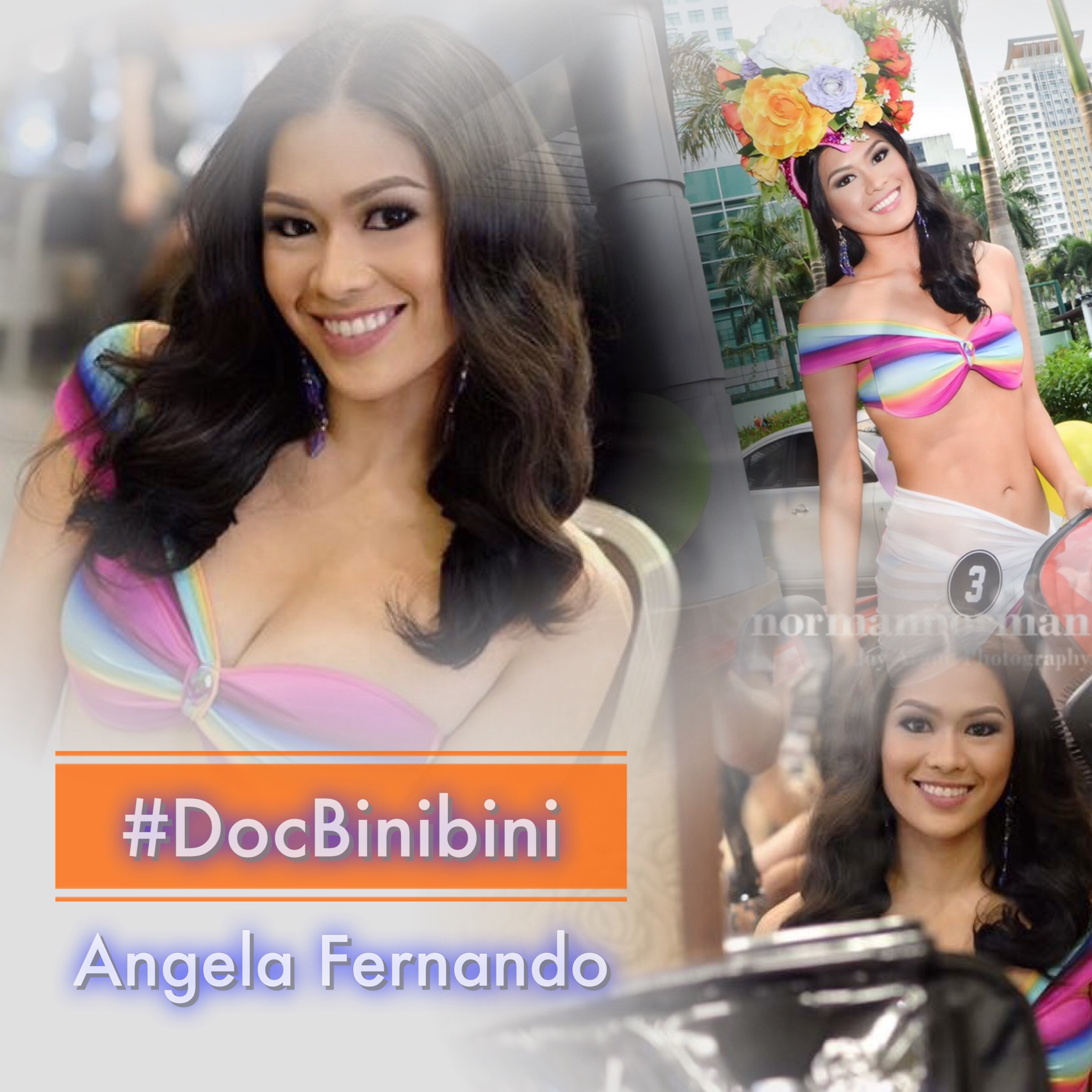 You cannot just sit up and let #DocBinibini go unnoticed. Angela Lauren Fernando has a distinct charm and aura that can pull anyone in upon first or repeat encounters. And the minute this real-life Doctor smiles, you just simply feel the need to stay put and engage her in a lively discussion. You start talking and she won’t even make you feel that her world is limited to stethoscopes, lab gowns and surgical gloves.

Angela is living the life of a Binibini to the fullest. While the ride may end after April 17, there is still a bright chance that the decision to postpone her scheduled review for this year’s Medical Board Examinations will be a fruitful one. Who knows, she might already begin the year-long journey of a Bb. Pilipinas. 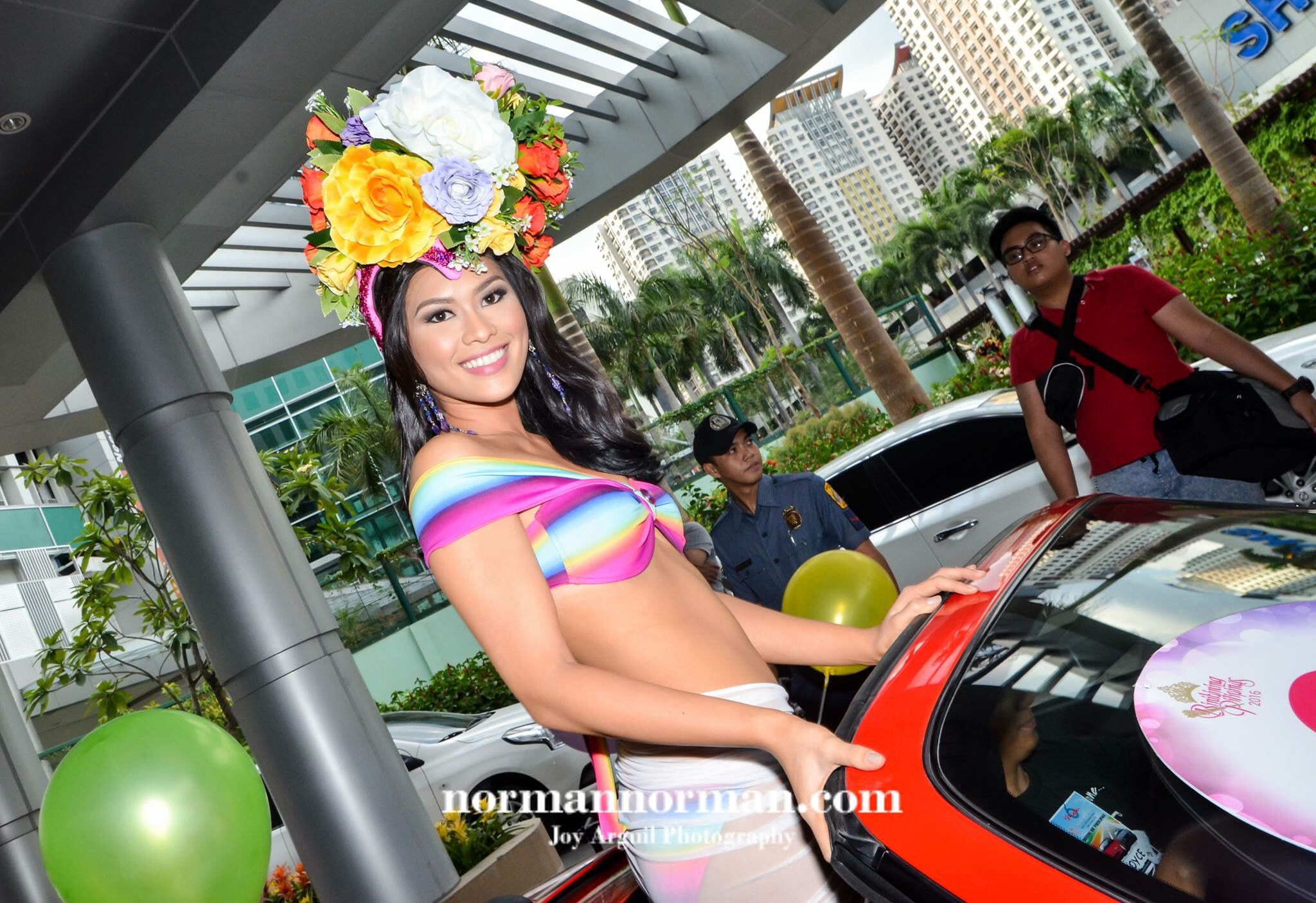 One more pose from #DocBinibini Angela Fernando by Joy Arguil

Dear readers, what is your assessment of Binibini 3 now that we are less than a week away from the finals. Taking cue from the often-used statement on the doors of doctors’ clinics – Is the Doctor in or out? 🙂

The Best of the Bb. Pilipinas 2016 National Costumes 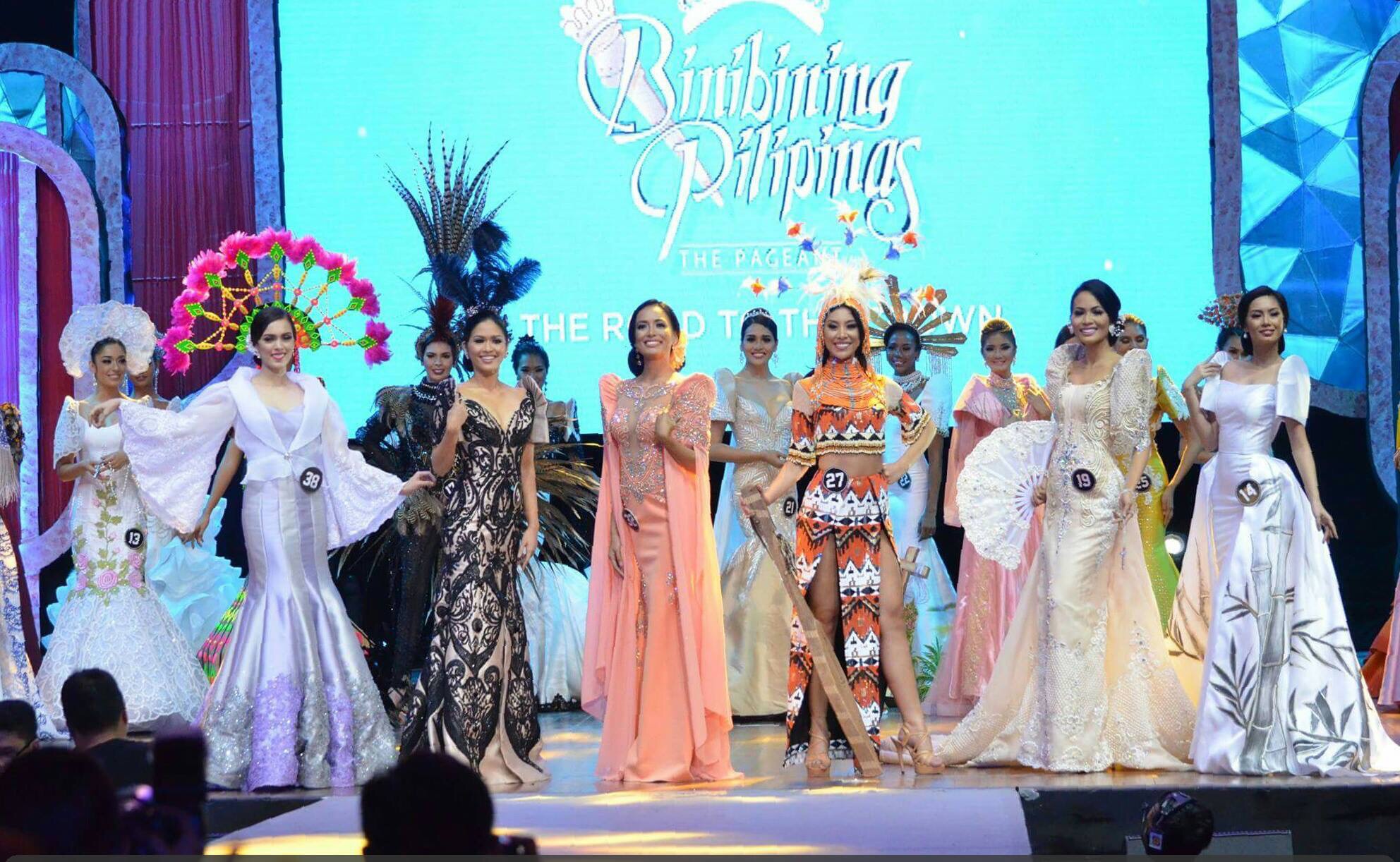 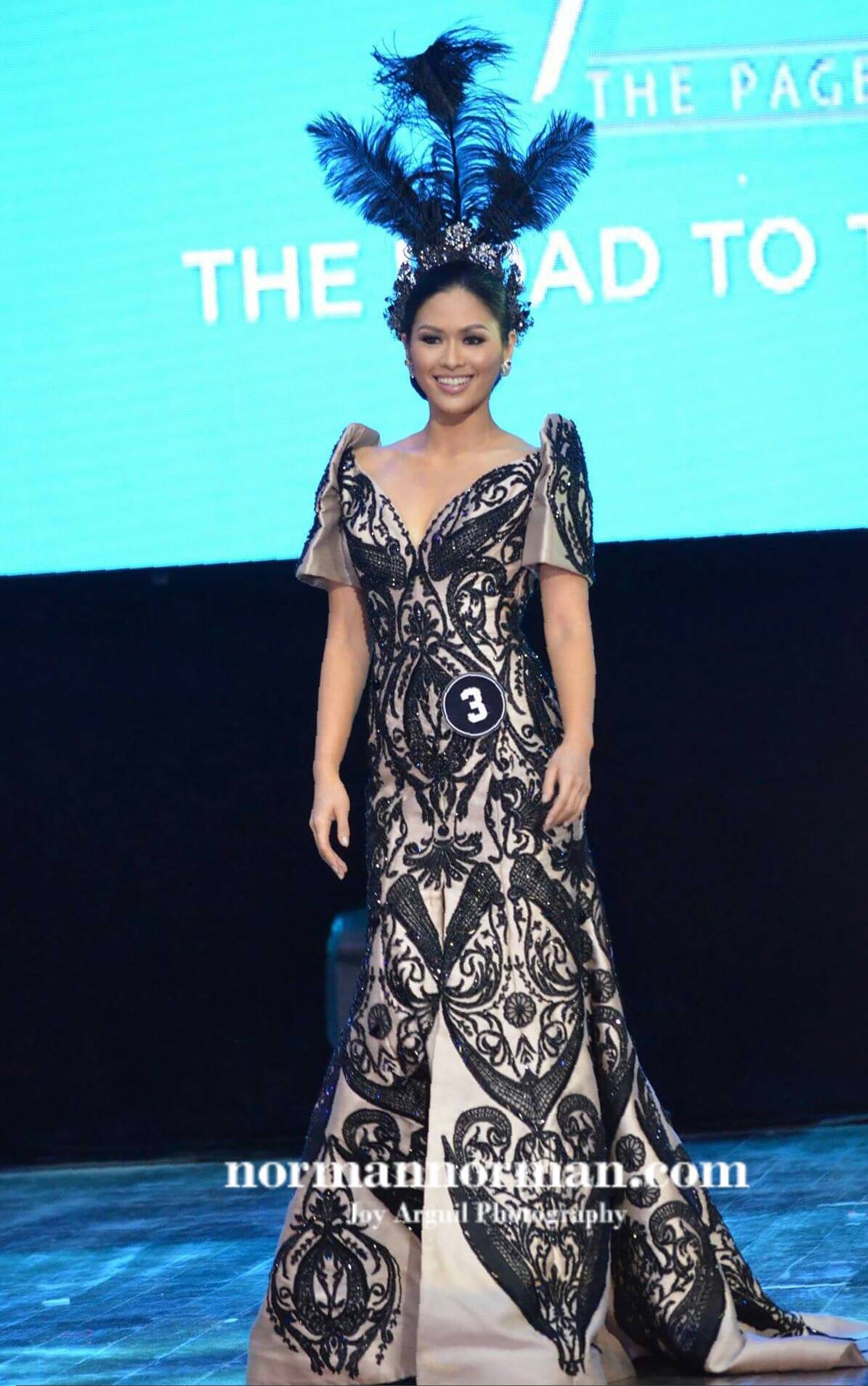 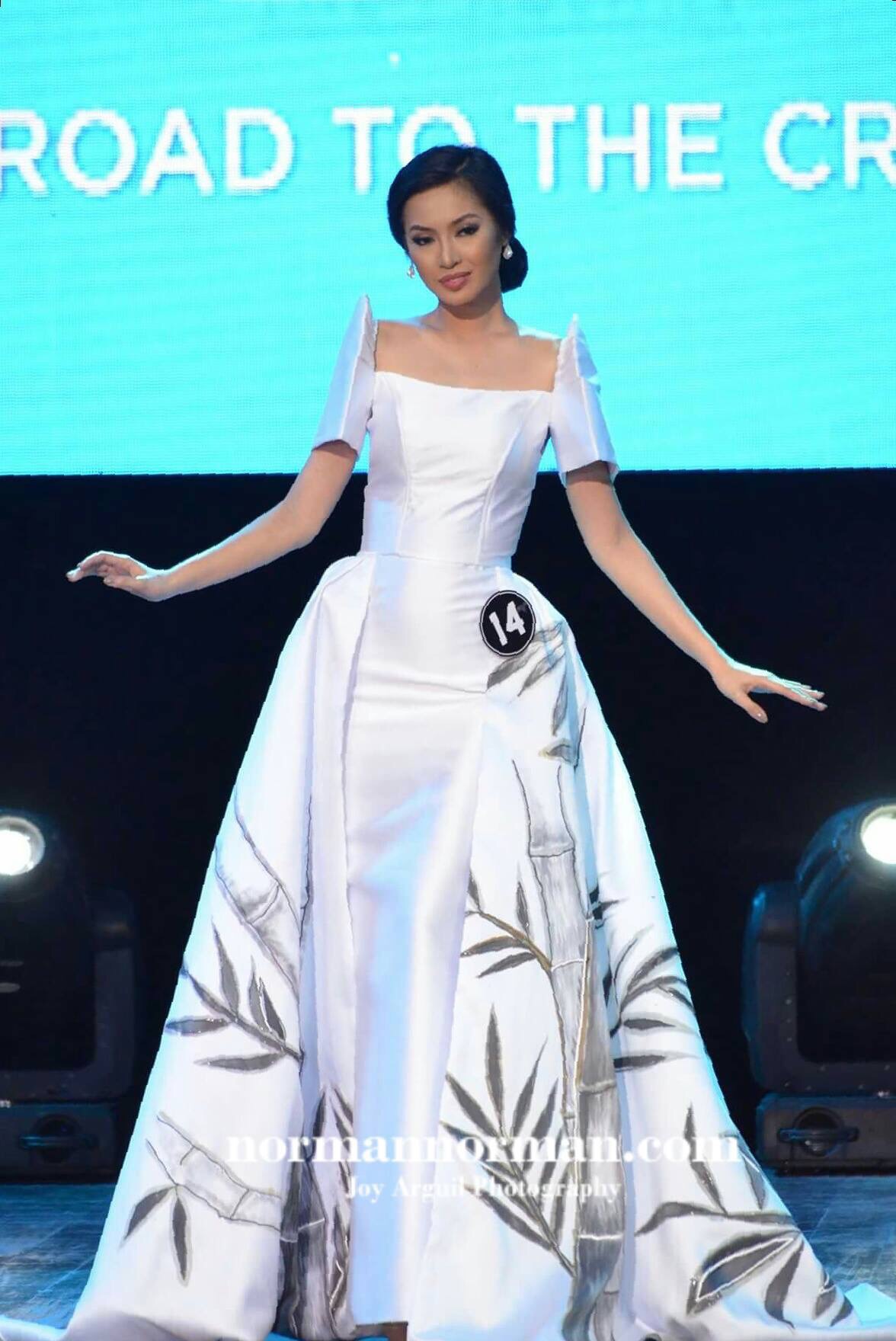 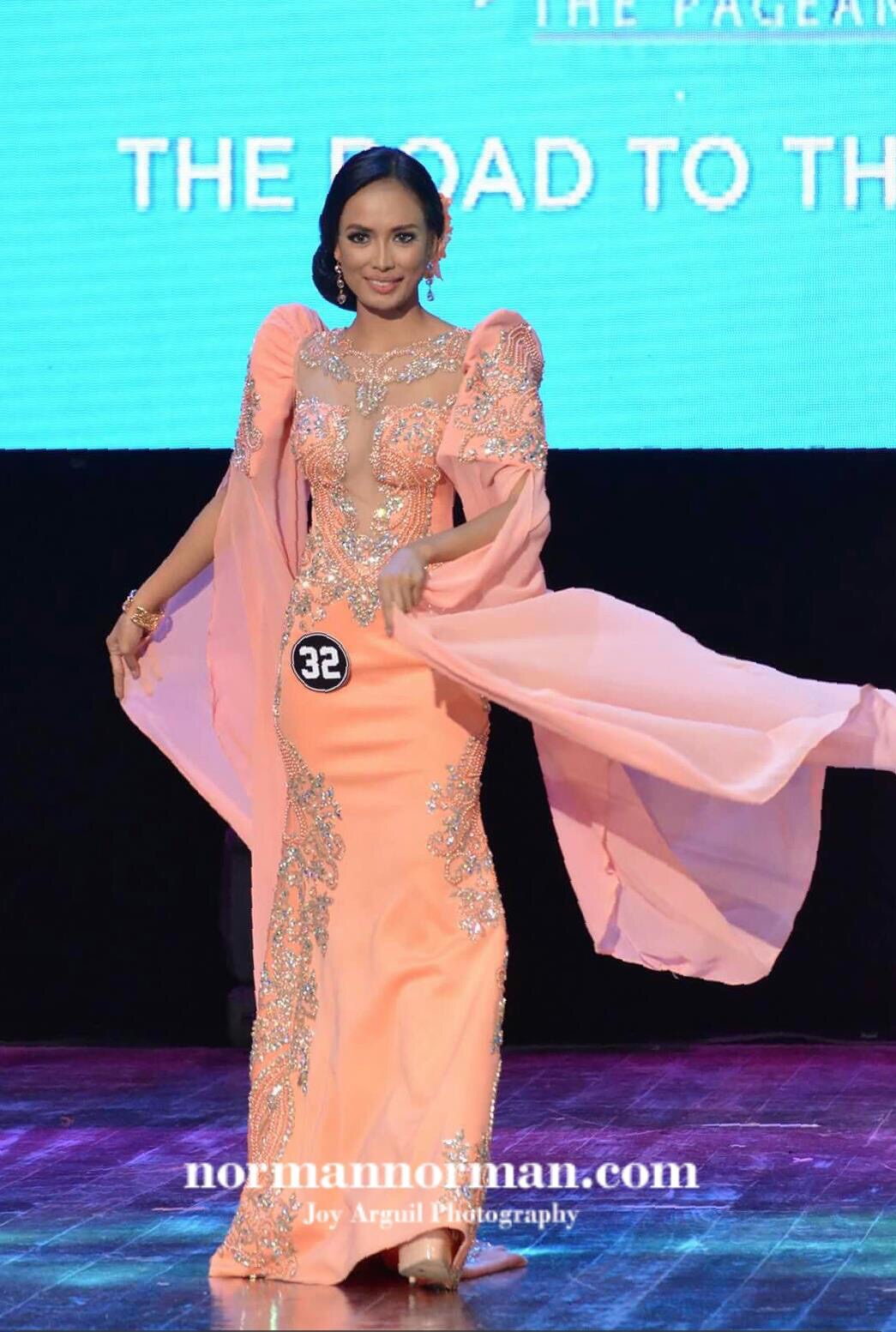 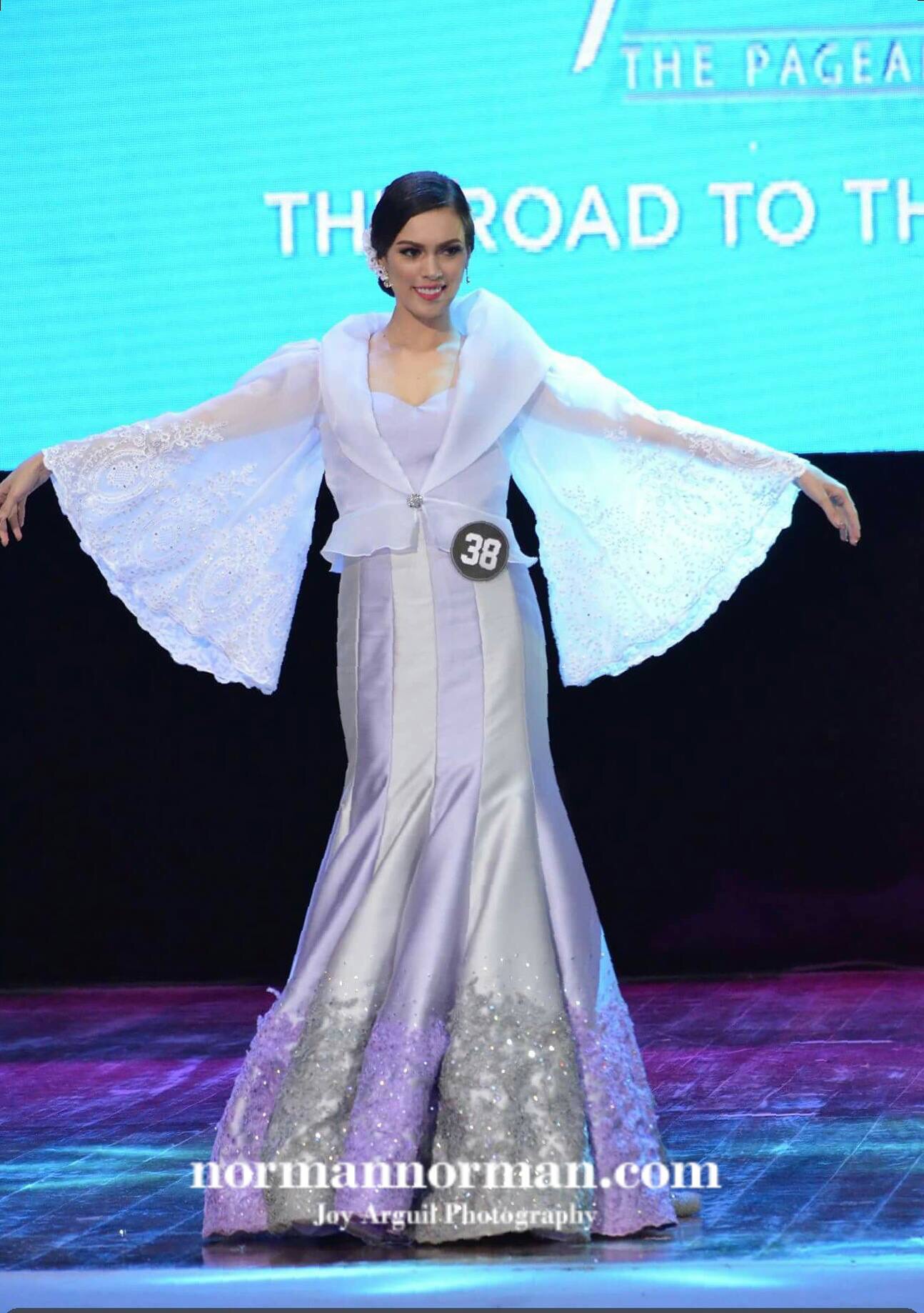 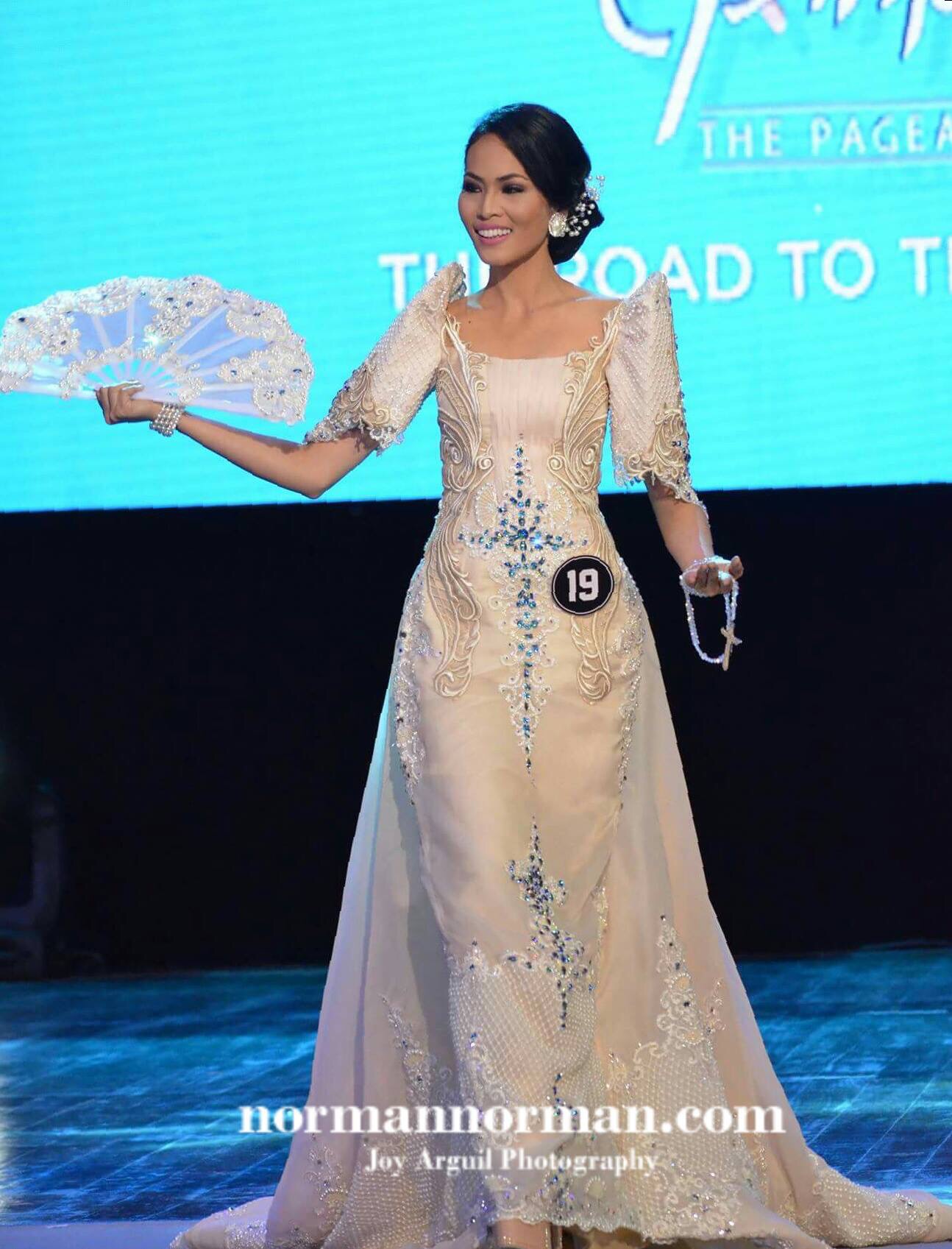 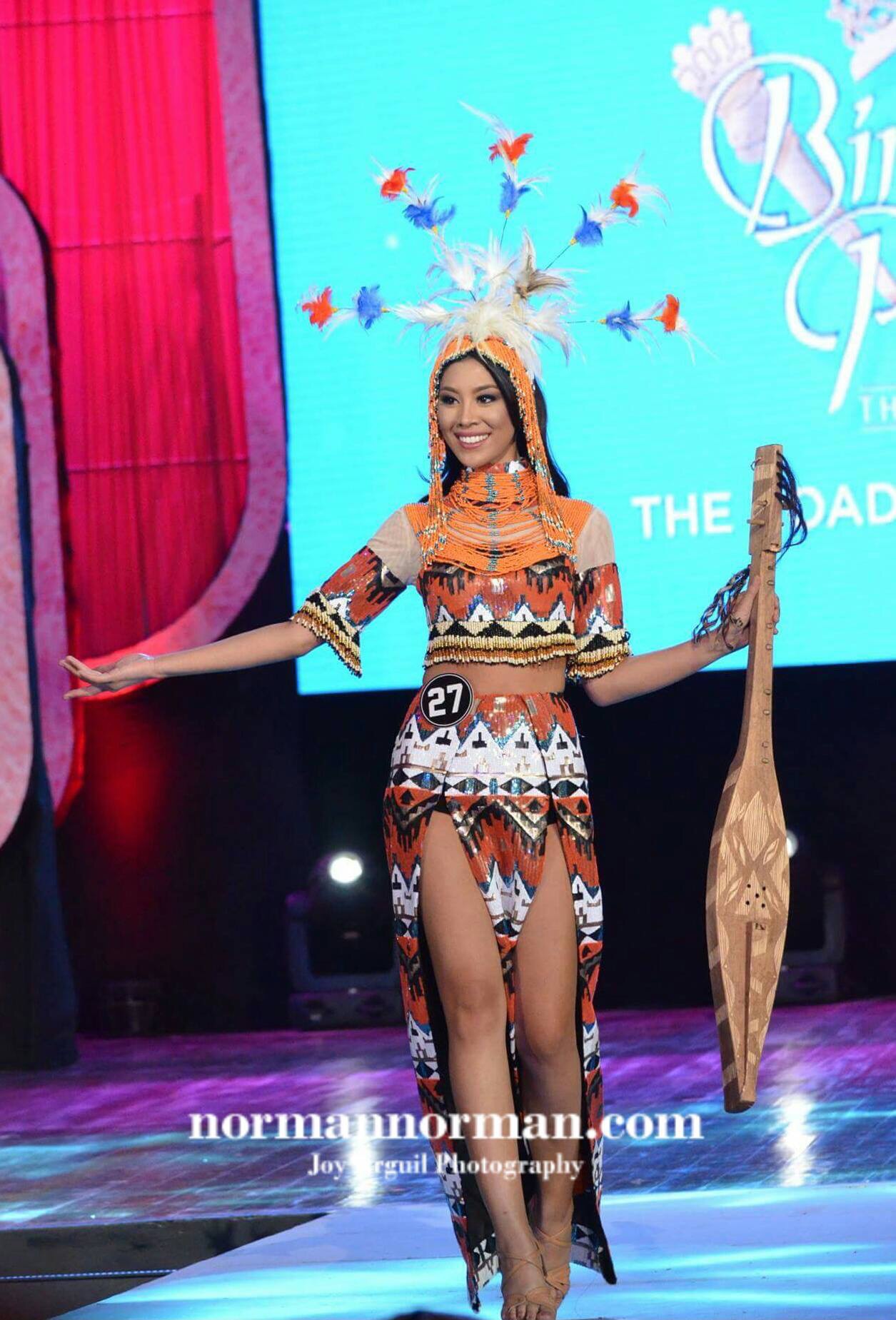 And so, six (6) instead of five were announced as the top National Costumes of Bb. Pilipinas 2016. They are Binibini 14 Paula Rich Bartolome who wore a Filipiniana by Joel Acebuche, Binibini 38 Angelica Alita in a traje de mestiza by Bessie Besana, Binibini 3 Angela Lauren Fernando in another Filipiniana created by Frederick Peralta, Binibini 27 Dindi Pajares in a nicely-conceptualized Bagobo/Manoba garb by Cherry Veric, Binibini 19 Maria Lina Prongoso in a collaboration between Polly Lagyap & Mayor Madelaine Gazmen and Binibini 32 Jennyline Carla Malpaya in yet another Filipiniana.

So the question is: will these traditional or indigenous attires be the ones worn by the eventual Bb. Pilipinas 2016 titleholders in their international competitions? And more interestingly, will a Top 6 confirm somehow that there will indeed be six (6) titles at stake on April 17?

But which NatCos stood out the most in terms of brave and daring? It’s the Ati-atihan-inspired number of Rocky Gathercole worn by Binibini 17 Priscilla Kim dela Cruz (see photo below courtesy of Jojo Bragais). 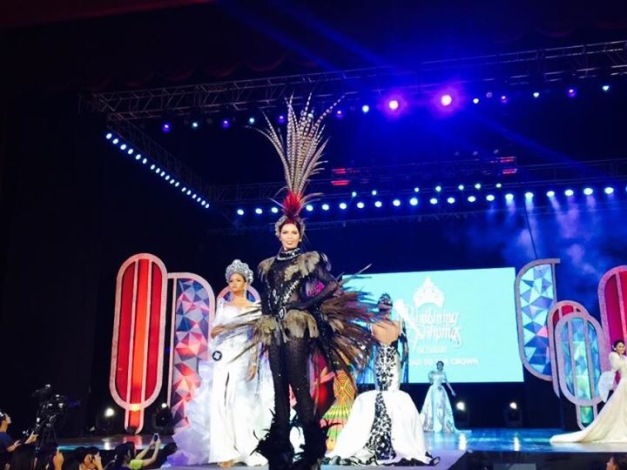 Watch out for more photos soon! 🙂 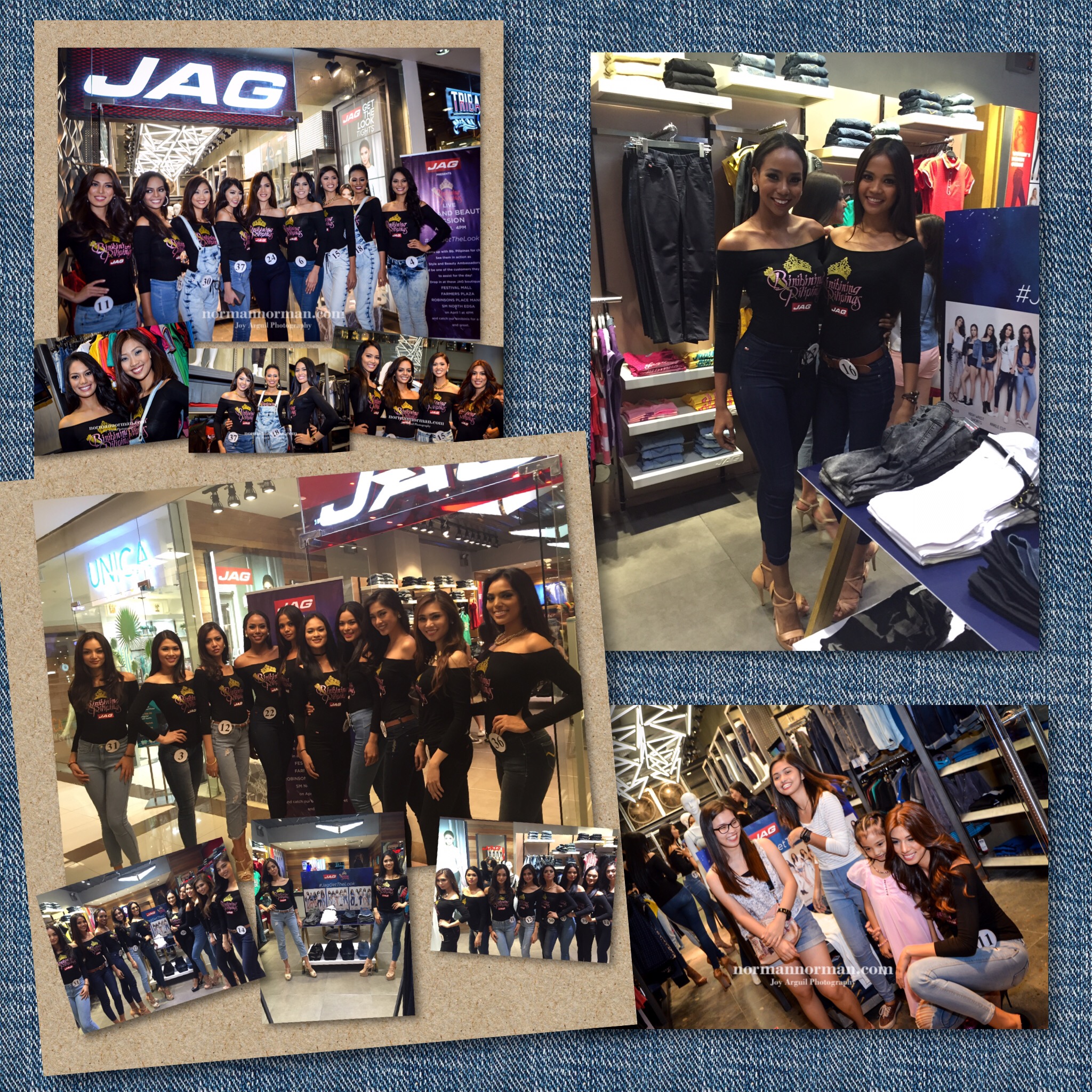 The Binibinis were divided into four groups of ten to be scattered in four different shopping malls around Metro Manila. I only had myself and my partner-in-pageantry Joy Arguil for normannorman.com so we decided to split ourselves between Festival Mall Alabang (which was closer to where I live) and Robinsons Place Manila (more convenient for Joy coming from Makati). As a result, we had to skip SM North EDSA and Farmers Plaza Cubao. But it was still worth it.

The challenge was simple. Whichever group can raise the highest amount of total sales for a prescribed hour (by being the actual sales associates) will win a generous shopping voucher for each member of the best performing team.

Early feedbacks that reached my end stated that the ladies at Farmers Plaza Cubao got the highest so far, but I still need confirmation.

All in all, though, it was an enjoyable, albeit tiring, day for all the Bb. Pilipinas 2016 Official Candidates. 🙂 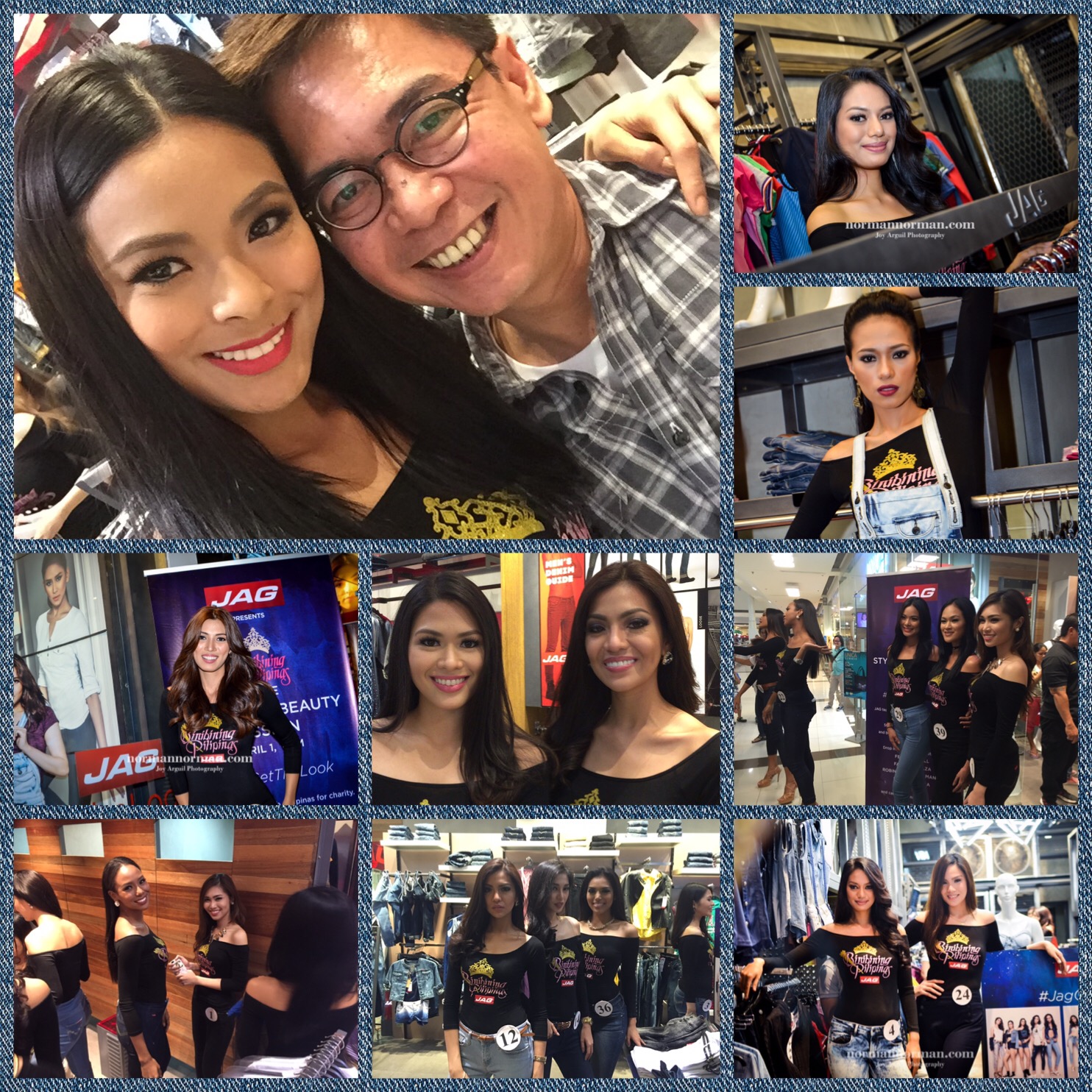 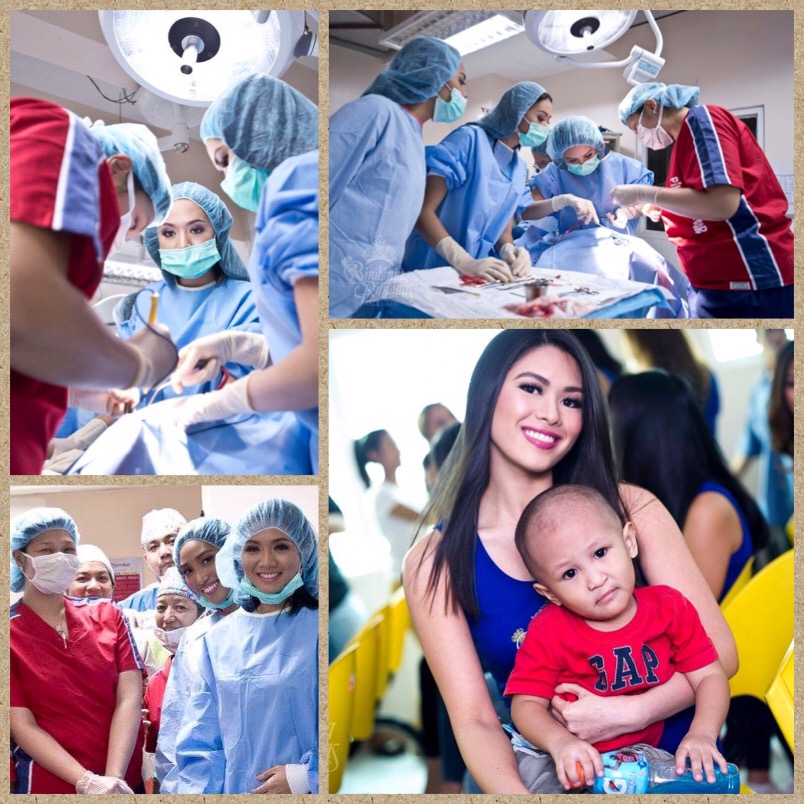 During the Charity Visit of the Bb. Pilipinas 2016 Official Candidates at the Sta. Ana Hospital, two (2) of the ladies – Binibini 3 Angela Fernando, MD (a postgrad intern at the Makati Medical Center) and Binibini 9 Roshiela Tobias, RN (an OR-RR nurse of San Fernandino Hospital) were actually utilized by the Doctors at the said institution because they remain in active professional employment as such.

In the case of Angela, she was thrilled upon learning that she was recognized by the Doctors and was asked to scrub in for the procedure, just as Roshiela willingly gave her OR assistance as this is really her nursing specialization back in Pampanga.

It just goes to show that being a Binibini goes beyond skin-deep usefulness, literally. 😉

The visiting Binibinis posing with the OR team at Sta. Ana Hospital