Here is the second part of my blog featuring the Presidentiables in the Philippine National Elections come May of next year. Please don’t get me wrong. I did not stack the remaining aspirants in the bottom four just because they are not as popular as the first group. It’s just that my thoughts about Noynoy Aquino, Manny Villar, Gibo Teodoro and Erap Estrada came very quick.

Without further ado, I shall continue with my Christmas (wish) list for the rest…

Will Senator Richard “Dick” Gordon make a good President? Well, only time will tell if he has it written in the stars. In the group of 8, he is actually the no-nonsense speed talker who can spew speeches, comments, tirades and what-have-you at the wink of an eye. His style and image tends to border on the dictatorial but with how he transformed Olongapo (and Subic for that matter) into the fully-developed province it is right now, there must be something right in how he ruled his provincemates with the proverbial iron – albeit hands-on- fist. Without a doubt, he is a cinch to eclipse the rest of the Predientiables in his territory, but combined with the rest of the country, it looks to be an uphill battle. My wish for him is to project a more likeable personality to the majority of Filipino voters and possibly a little more media visibility as a Presidential candidate on TV and Print to further widen his reach. Indeed, he is an intense and dedicated individual. But being intense and dedicated do not a victory in the Presidential elections make.

The only rose among the thorns, Senator Jamby Madrigal is running for the Presidency as an Independent. And that is where she will face the toughest and most expensive campaign battle ever. Without a political party and machinery to lean on, she is practically left defenseless when it comes to organizing rallies and caucuses plus the actual and very crucial tallying of votes come election day. This lady senator has a mind of her own, I will give her that. But to actually survive the gruel and cruel journey to the Presidency – regardless of the results – I doff my hat to her strong will and determination. That is thinking ahead of the story, though. There’s still a lot of surprises between now and May 2010 so we’ll see what aces she still has up her sleeves. My only wish is that she becomes friendlier in the truest sense of the word and have less of the bad temper she’s been known to have. There is no need to run for Miss Congeniality. Just plain warmth and openness to the Filipino people who matter most.

I remember the last time Bro. Eddie Villanueva made his first attempt to run for the Presidency years back and a slew of celebrities outed themselves in support of him. I actually saw him as the dark horse to win the race. His platform generated mass appeal and thought that he might give GMA a good fight. But that was then and this is now. The political landscape has evolved and it’s just not enough to serve the people while espousing the moral and religious regeneration of the Filipino masses. But who knows what the latter actually thinks right now? There’s a big difference between throwing support to one candidate during social weather surveys and which name each voter will finally mark on the ballot come election day. Therefore, my wish for Bro. Eddie is to push harder to make his presence felt the second time around. You see, some sectors see him as crowding the field instead of really pulling in significant votes in his favor. At the rate things are happening at the moment, the envisioned three-cornered fight for the highest post in the land might not include him in the troika of strong contenders. 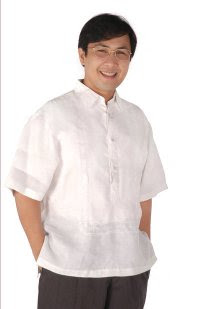 And then there’s JC delos Reyes. Wait, JC who? For his supporters, please don’t take offense. I know very little of the guy except that he belongs to the “Ang Kapatiran” party. On top of that, I am aware that he is an Olongapo City Councilor. Is Dick Gordon even aware that one of his own is running against him? But all things being equal, this clean-cut family man has one good thing going for him, i.e., the good old-fashioned desire to serve the people. Not that the 7 others have less of the desire. It’s just that I can’t think of any other noteworthy reason to give some weight to his bid for the Presidency. Let’s be honest, he is part of the group to make a stand and create awareness. Anything beyond that is subject to a lot of doubts. In this time and age where political popularity is measured by loads of money for ads or strong party affiliations or celebrity endorsements or – quite simply – being the son of Ninoy & Cory, he is sadly out of category. Still, I give JC the credit for having the guts to fight and be taken seriously for doing so. And my wish for him? Relish the whole election and campaigning experience and use it as the foundation to build a more solid track record and sustain a consistently positive image in preparation for another run in 4 years’ time.

So there, what say you, my dear readers?