The finals will happen this Sunday, August 2, with a late night telecast over ABS-CBN

Sunday night will see the Mutya ng Pilipinas 2015 come to a close after the selection of their new winners. From among the thirty (30) lovely candidates, three will walk home with crowns on their heads (actually, even the runners-up have one each). And when I say ‘lovely’, I mean it to heart. The national beauty pageant always comes up with the most beautiful faces every year. And I am amazed at how the organizers are able to assemble them batch after batch after batch. So without further ado, let me present to you the girls I have selected to make the first cut. I chose twelve (12) to allow two (2) wildcards simply because this is a strong batch. 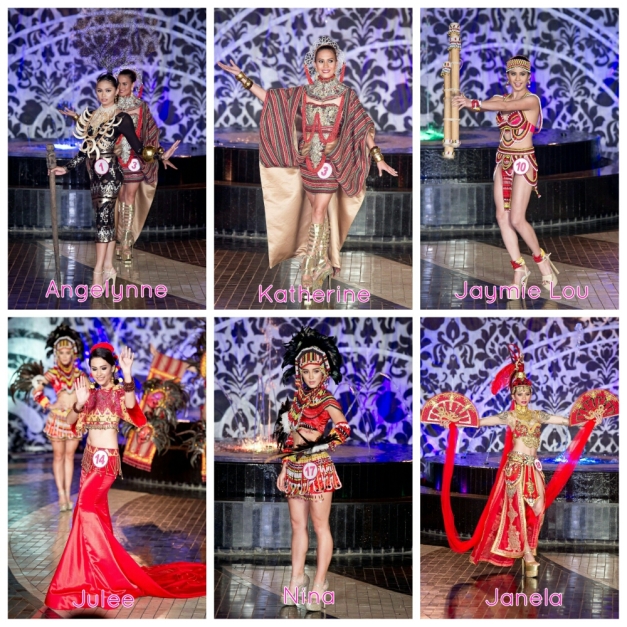 The first of my Top 12 arranged according to numbers (Photo credit: Bruce Casanova) 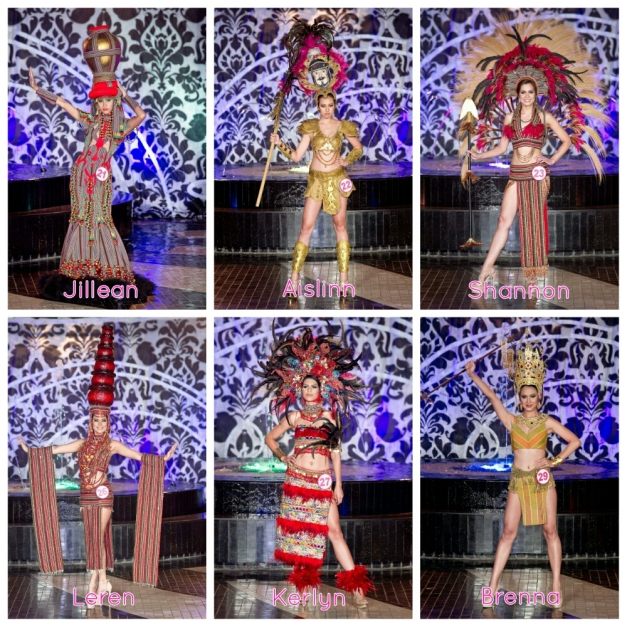 The second set of my Top 12, arranged according to numbers once more (Photo credit: Bruce Casanova)

Now here is where my ultimate choices get to take their spotlight appearances. The inclusion of Laguna (Leren), Cagayan de Oro City (Julee), Doha Qatar (Janela) are already givens. So I added three (3) more who could spoil things for one of them – Nueva Ecija (Brenna), Southern California (Aislinn) and Isabela (Jaymie Lou).

I picked a Top 6 just to include a potential spoiler among one of the ladies in the lower row (Photo credit: Bruce Casanova)

With Leren Mae Bautista as my #1 pick, I would have automatically assigned her to the highest title. But since Mutya ng Pilipinas Asia-Pacific International is looked at as a token title that has not had any international fielding for many years now, I don’t want to put this tall beauty from Laguna to waste. I sincerely want her to get Mutya ng Pilipinas-Tourism International where the mission is clearly established. Hence, I am putting Julee Ann Marie Bourgoin of Cagayan de Oro City for the top spot – much like a throwback to the fate of Eva Patalinjug last year. The organizers are said to be negotiating for a new franchise, but until clarity sets in, I would stick to my personal ranking.

Mutya ng Doha, Qatar Janela Joy Cuaton getting the Overseas Communities crown is a no-brainer. Based on buzz and support, she will get this honor without much of a strong fight.

The two runners-up on my list – Brenna Cassandra Gamboa and Aislinn Sebastian – are very much capable of stealing the limelight from one of the three ladies above, but none moreso than the Nueva Ecija bet who just might get what she has been dreaming of in all her years of national pageant participation. If either Leren or Julee will falter, Brenna can easily sneak in for one of the big wins.

You can watch Mutya ng Pilipinas 2015 live at the Newport Performing Arts Theater of Resorts World Manila this coming August 2. A delayed telecast on ABS-CBN will follow at 11:00PM. 😉

Mutya ng Pilipinas 2015: Sheridan in the South, Hannah’s in the North 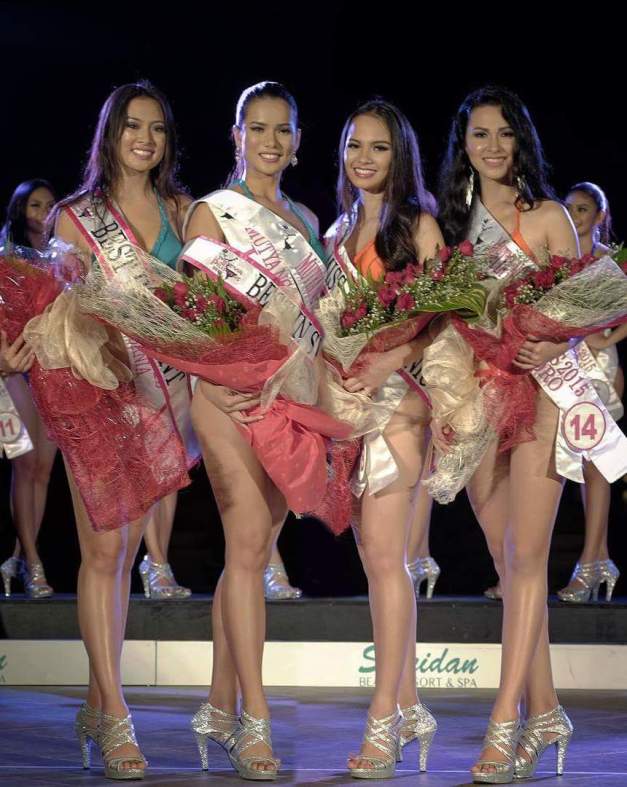 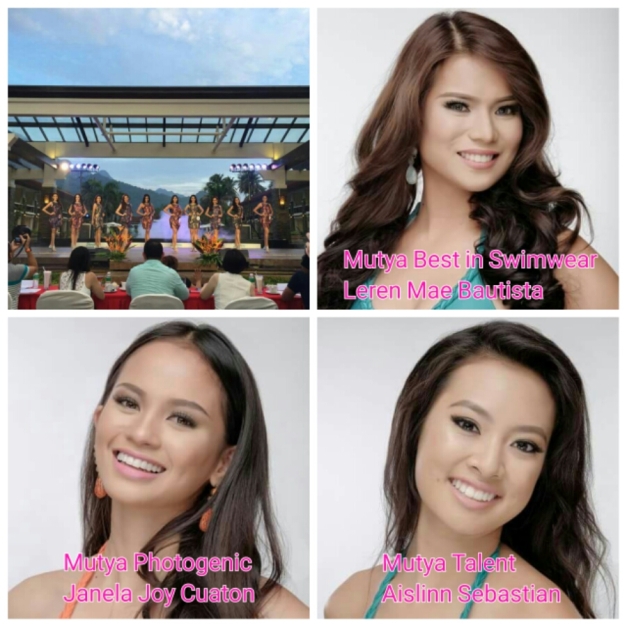 From here, the whole group will move all the way to the north where Hannah’s Beach Resort and Convention Center is located in Pagudpud, Ilocos Norte. This is where the Long Gown Competition will take place tomorrow night. And whoever will take Best in Long Gown will add up to the list of running favorites in the competition.

Let’s see if Leren and Janela will step up in the next segment once more. 😉

The Long Gown Competition will be held in Hannah's Resort up north, Ilocos Norte to be exact

There are nine (9) entries in the ongoing Mutya ng Pilipinas 2015 who come from Overseas Communities. And they represent the different looks of the global Filipina – three from the USA, two from Australia and one each from Canada, United Kingdom, Norway and Qatar.

From the US, there are Kerlyn Horn from Northern California, Aislinn Sebastian from Southern California and Jessie May Deplrete from Arizona. Of the three, the one who came all the way from San Jose, CA appears to be the easy standout. She is Kerlyn. But the SoCal bet is also bewitching.

From the land Down Under, two ladies are vying for the Mutya crowns – Shannon Bridgman and Nina Robertson, both from Victoria. In my eyes, both Fil-Aussies are very appealing. And I wouldn’t mind seeing both of them do well come August 2. But for now, I’m giving the slight edge to Mutya-Melbourne Shannon.

As for the remaining four, Janela Joy Cuaton from Doha, Qatar seems to have won more support after being named Darling of the Press during yesterday’s presentation. And I couldn’t agree more. But I wouldn’t count the others just yet. Kiara Gregorio from the UK, Cristine Marielle Stubergh from Norway and Jean de Jesus from Canada can also play spoilers en route to judgment night.

For sure, one of them will be crowned Mutya ng Pilipinas-Overseas Communities. The more important question is if a second girl will snatch one of the other titles to make this year a banner representation for those fielded from other countries. I have a feeling it might happen. 🙂

Support your favorite Mutya by liking her photo in the People’s Choice Contest. Click above to check them out.