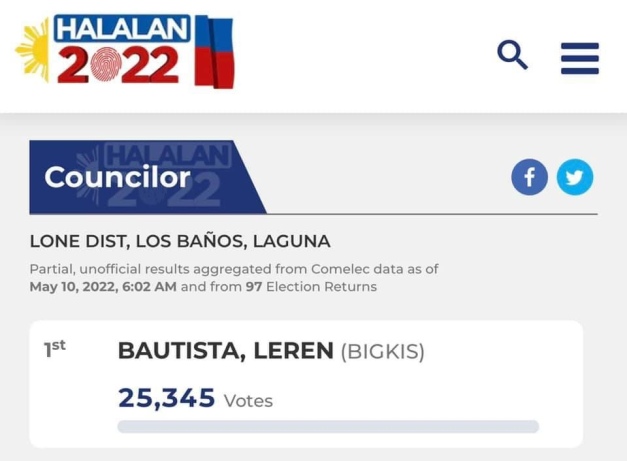 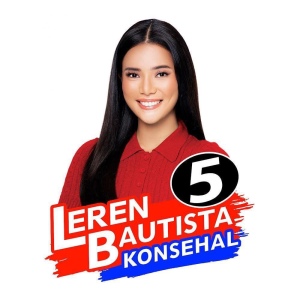 Congratulations are in order for the beautiful Leren Mae M. Bautista who has successfully crossed over from pageantry to politics. She is now a duly-elected Councilor (and a topnotcher at that) of the Lone District of Los Baños, Laguna.

Big kudos and may you thrive more in public service. I love you❣️😘