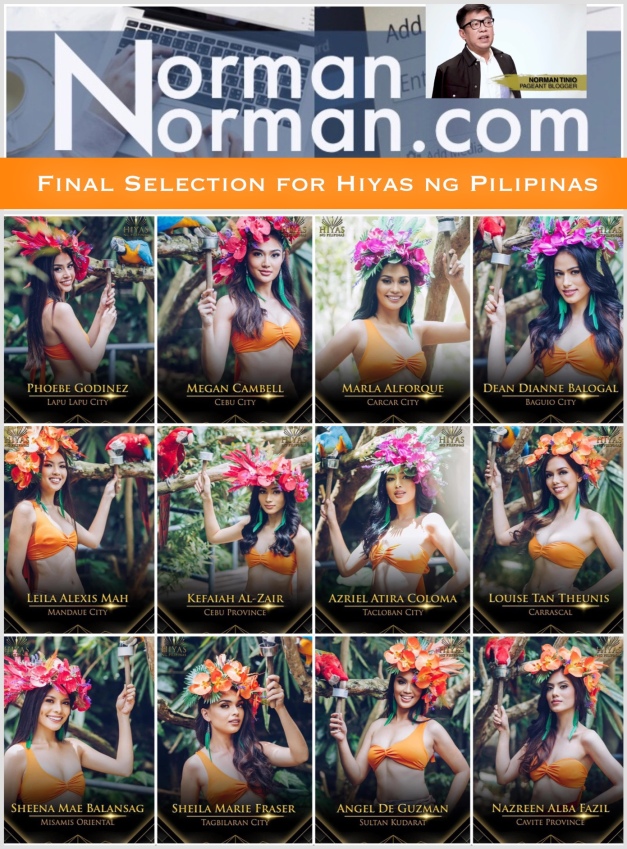 Tonight is the Grand Coronation of the first-ever Hiyas ng Pilipinas. And from among the 33 Official Candidates in the running, there is a serendipitous regard for the presence of the strong Cebuanas. From where I blog, you cannot deny the fact that they are forces to reckon with. True, there are representatives from other cities or provinces who are also crown-worthy. And with three major titles at stake, I won’t be surprised if Cebu takes two of the honors – at least.

Be that as it may, here is my Final Selection of Twelve (12) ladies who I feel will figure out strongly on the judges’ scoresheets (on top of the already-graded performances during the Preliminaries):

Best of luck to all the ladies!

And kudos to the organizers of the pageant. I doff my hat to all of you!

One comment on “Hiyas ng Pilipinas 2022 will be crowned tonight”