Sometimes, truth can be stranger than this short work of fiction…

I am no literary writer, but I thought I’d give it a try to drive a point. I am not doing this to encourage an endless string of guessing game among you, dear readers. But just read on, I reckon. 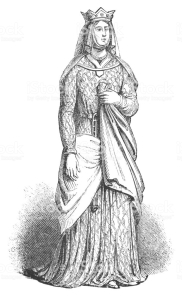 Once upon a time in the small kingdom of East Philippians where a considerable number of beautiful maidens live, Queen Seraphina decided to hold a competition where all the loveliest of the young and unmarried will be sent to different faraway lands in search of rich and handsome princes who will hopefully fall in love with all or one of them to be their wives/wife, become Princess/es themselves and return home with riches that will forge a union of the bigger Kingdom with theirs.

Fortunately for one of the chosen ladies – Moricia Dalesandro in particular – she captured the heart of Crown Prince Alonso of Kingdom Gaberico, a place which – while not the wealthiest – still enjoyed a relatively favorable recognition in the Union of Thrones.

After their marriage, Moricia was crowned Princess and was given a decent homecoming to East Philippians to share her achievement.

Two full moons have passed, now Princess Moricia was already enjoying her newfound life as royalty. It was then that her true colors started to show. Prince Alonso discovered how lazy and slow-moving his wife really is. She was such a slob that assigned servants would constantly pick up after her trail of trash – unfinished bottles of wine, rotting fruits, leftover desserts and an assortment of half-bitten sweet delights that only an ostentatious person lacking in good taste would do. The worst part was when she discovered the forbidden joy of Taiomara – a potion exclusive only to select allies of the Wizard. 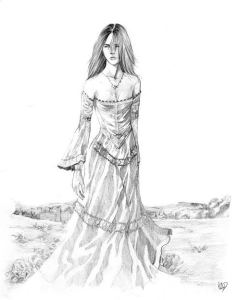 Taiomara always left Princess Moricia in a blissful state of relaxation that made her more indolent and slothful than usual. And this affected her required royal visits and public engagements to the dismay of Prince Alonso. She got unreasonably bossy and irritable to the servants. She was even caught flirting in the garden with a visiting Knight from a neighboring Kingdom. The King and Queen of Gaberico were alarmed to no end. And for a perfectly good reason more than anything else – they know that regular intake of the potion can cause its user to be unable to get pregnant or worse, barren forever.

Henceforth, Prince Alonso was ordered by the King and Queen to break the marriage and return Princess Moricia to East Philippians. But ever the man with a heart of gold, he requested that his first wife be saved from embarrassment. He implored them to allow her to retain the Princess title after parting ways – a plain separation. After all, they only wanted to get rid of her presence in the Kingdom. And with the rule of allowing more than one wife for the Prince still in place, he could still find a more ideal Princess to start a family with. 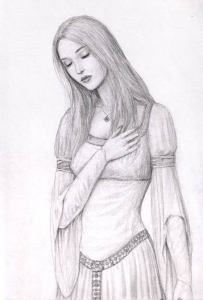 And so, Princess Moricia acquiesced in the decision. She owned up to her faults, asked for forgiveness and sadly returned to East Philippians where she started to live a life of secrecy. Only her immediate family members and closest friends knew the real story behind what happened in the Kingdom of Gaberico. She was able to continue with a more renewed sense of responsibility in her daily existence, however more austere it has become.

From time to time, she would get in touch with Prince Alonso on more civil terms, but that was as far as the intermittent encounters went.

If it was any consolation, she can still be called Princess Moricia – a title whose usefulness has dramatically worn off through the years.

Sometimes, truth can be stranger than this short work of fiction. In real life, a Princess Moricia can be anywhere – here in the Philippines or other parts of Asia or the US or Europe.

The moral lesson, thus, is not to take blessings and/or rewards for granted. Aside from being grateful, it is also best to show one’s best behavior – both in public and in private.

* Credits to the owners of the various sketches used above.

48 comments on “Sometimes, truth can be stranger than this short work of fiction…”