The Familiar Names and Faces in Miss Philippines Earth 2020

While all of us are engrossed with the simultaneous goings-on at Bb. Pilipinas 2020 and Miss Universe Philippines 2020, the search for this year’s environmental advocates has been progressing at its normal pace with some of the Official Candidates already introduced in posts and updates in the pageant’s Facebook page. Meet some of the Earth Angels for 2020 who are likely to be familiar names and faces for most of you:

First on the list is Sherry Anne Tormes who was part of Bb. Pilipinas twice in the past. Originally, though, she was part of a previous edition of MPE. This is like her return to the competition that could bring her the crowning glory she has been aiming for. 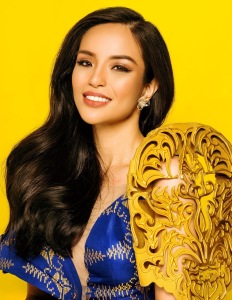 And then we have Patrixia Sherly Santos whose pageant career brought instant recall to the “x” in her first name. She was also a Binibini in the past, aside from taking part in Miss World Philippines, Ambassadress of the World Philippines and the Redvocates Search for AIDS Ambassadors in the country.

Gianna Margarita Llanes was an Official Candidate of Miss World Philippines two years back. Her national pageantry experience brought the confidence in joining other smaller tilts where she was able to shine more strongly. In particular, she made it as 1st Runner-Up during Miss Mandaluyong 2019.

Roxie Baeyens may be the youngest among the six, but she is the one who has already represented the country in an international beauty competition. She emerged 1st Runner-Up during Miss Tourism and Culture Universe 2019 after being named Face of Tourism 2019. She is from Baguio City.

Justiene Ortega is one lady who was able to juggle time between her pageant conquests and gainful employment. It does help when the field of work is in sales and marketing. She was a contender in past stagings of both Miss World Philippines and Miss Tourism Philippines.

Finally, we have Hannah Bithiah Merino – a proud Lagunense who worked as Flight Attendant of Philippine Airlines. This tall lady was crowned Mutya ng Pilipinas Calabarzon before qualifying as one of the fifty lovelies who made the Golden Edition of Mutya ng Pilipinas more colorful.

These six Earth Angels will be joined by other contestants from different parts of the country in Miss Philippines Earth 2020. Watch out for them soon!