What went wrong with the bid of Vickie Rushton to win a crown last night?

When Vickie Rushton cornered six (6) of ten Sponsors’ Special Awards last night, it was becoming clear that the way is being paved for her to win one of the crowns – if not the highest title of Miss Universe Philippines. After all, any major sponsor would always pre-select a brand ambassador who has the highest probability of ending up victorious in the finals.

There’s really no use complicating the reason/s behind her downfall. Vickie’s performance during the Q&A was the culprit. And to think that she was asked a question that she could have easily nailed given her advocacy. First, she was trying to process everything in her mind when she started her reply quite nervously. But precious time was ticking. And then, she went blank and lost her train of thought midway. The bell sounded just when she was getting ready to give the meat of her answer. And from that part, everyone knew that she blew her chances of getting crowned. 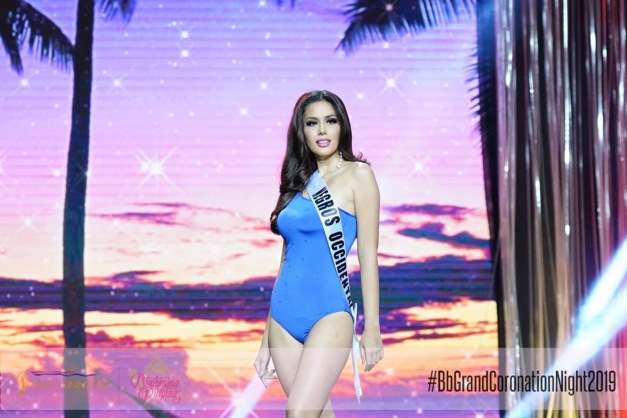 Can she still give it a third try? Yes she can. But the risks are going to be greater. And we all know by now that taking part in the pageant entails a lot of sacrifices. Maybe she needs to take two steps back and evaluate things first before making another commitment. Because a third attempt is going to be the most challenging ever.

46 comments on “What went wrong with the bid of Vickie Rushton to win a crown last night?”