The entire ensemble is created by Designer Michael Barassi who gave us the inspiration and description of his masterpiece below: 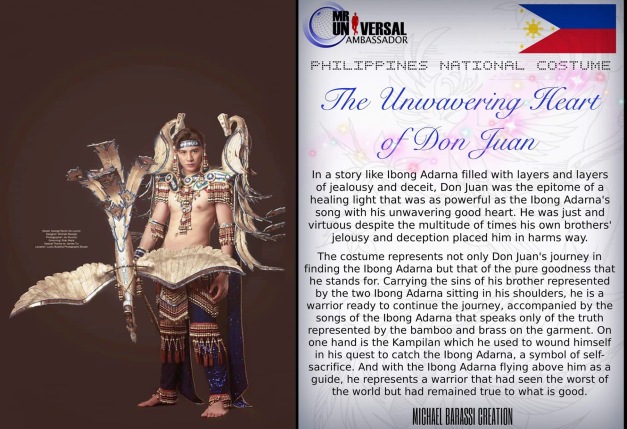 George has started his quest for the title that came so close to being captured by our representatives the last three years. Alexis Martinez placed Top 10 the first edition, Andrea Biondo got 2nd Runner-Up the next and Paul Guarnes was named 1st Runner-Up last 2017. Could 2018 be the year that we finally finish on top?

Let us wish him the best in his mission! Finals will be on November 24 in Arya, New Delhi, India.