5 Early Reasons why Bb. Pilipinas 2019 could be one of the Toughest Editions ever 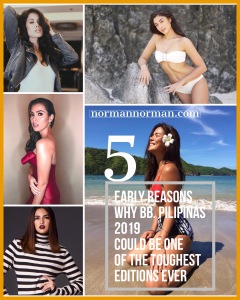 Barring any change of heart or last-minute postponement, it would be safe to say that Bb. Pilipinas 2019 could be one of the toughest editions ever. And here at normannorman.com, my gut-feel about the potential joiners in next year’s beauty derby will potentially attract strong returnees, juicy crossovers and much-anticipated debuts on the national stage.

Consider these five (5) lovelies who – this early – are already being talked about as seriously considering the prospects of taking part next year.

Sandra Lemonon is riding on the wave of popularity after the “build-build-build” debacle that she was able to translate into being chosen as an ambassador of sorts for the country’s Department of Transportation. She wants to vindicate herself big-time. And she is not about to be pressed down into abandoning her dreams of winning a Bb. Pilipinas crown.

Bb. Pilipinas 2016 1st Runner-Up Angelica Alita has waited long enough to plot her return to the BPCI family with a more hopeful objective of finally landing the title of her dreams. Some say that she is tailor-made for Bb. Pilipinas International. I say that she can go for all the crowns, including Miss Universe Philippines if the game plan is done according to exacting measures and strategies.

Mutya ng Pilipinas and Miss Tourism Queen of the Year International 2015/2016 Leren Mae Bautista has been fully-dallying on her planned crossover. Many thought that 2018 would mark her appearance. I think that she will make the definitive move in 2019, logically after she has completed all her outstanding commitments for the 50th Mutya ng Pilipinas where all former titleholders will play a big role in lending the extra prestige to its Golden Edition. 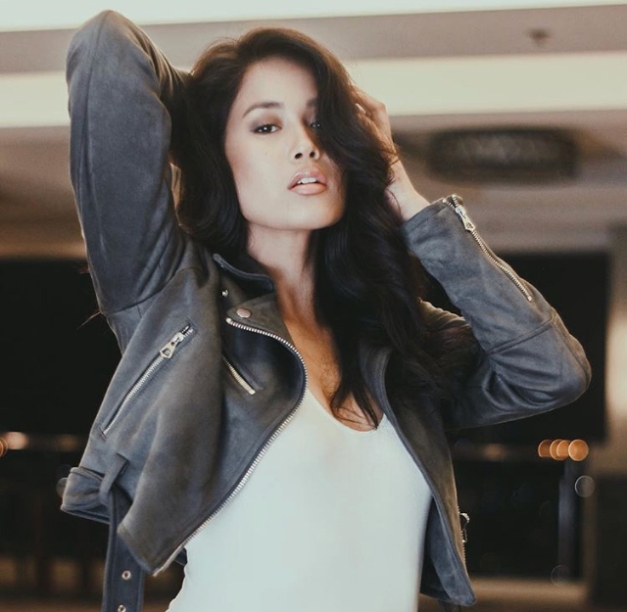 Nicole Guerrero is Miss Philippines USA 2017 who crowned her successor (Janet Hammond, Jennifer’s sister) just recently. By this year, she will have already completed the required residency requirements by BPCI to allow her to go into a head-to-head collision with the other strong Binibinis for 2019.

And then there is Binibining Cebu Tourism 2017 Samantha Lo who – in my opinion – could be one of the brightest faces to join our favorite nationals in 2019. She has all the right ingredients going for her – the gorgeous face, the competitive height and the excellent communication skills – much like having more than just salt-and-pepper to season her impending entry into the big leagues.

With this quintet, do share your thoughts, dear readers.

46 comments on “5 Early Reasons why Bb. Pilipinas 2019 could be one of the Toughest Editions ever”