Today’s Charity Event of the Binibinis: Habitat for Humanity 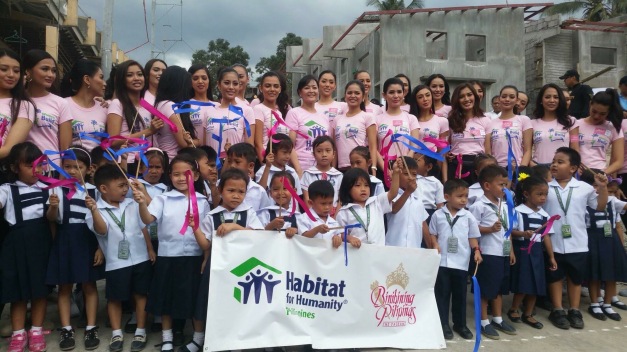 Today’s Charity Event of the Bb. Pilipinas 2018 Official Candidates brought them to Bgy. Culiat in Quezon City where the Bistekville Housing Project of Habitat for Humanity Philippines is located. This place will house the largest number of informal settlers in the country, with more than 200,000 families who used to live or are still living in areas considered danger zones. Many of them dwelled in patched-up houses made of salvaged materials they find in dump sites.

The forty (40) Binibinis spent precious hours helping build and paint some of the houses in the area as part of their annual contribution to the charity organization. More photos will follow soon.

91 comments on “Today’s Charity Event of the Binibinis: Habitat for Humanity”