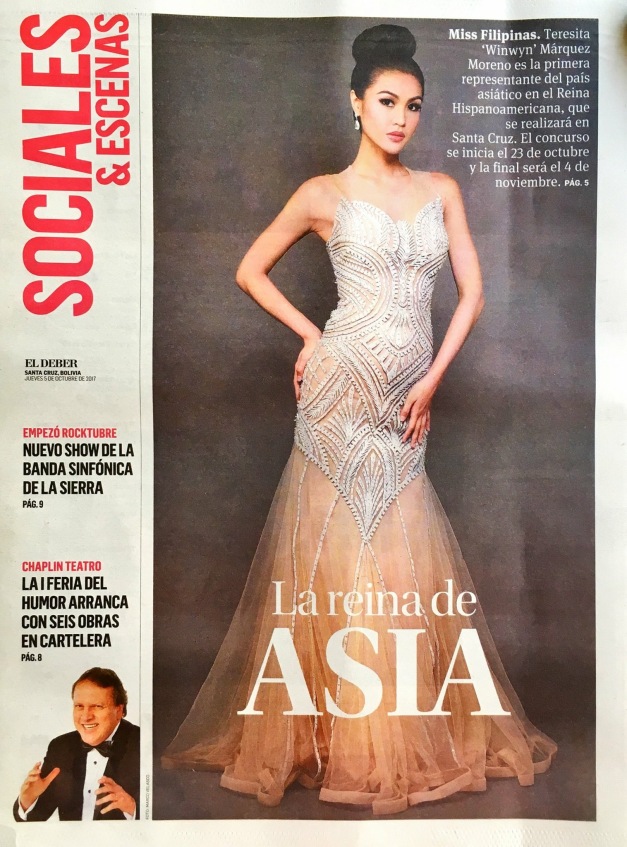 Just this week, candidates for the upcoming Reina Hispanoamericana 2017 are being promoted in Bolivian newspapers to drum up interest in the international beauty pageant that will be hosted in La Paz with the finals set for November 4.

Our representative, Reina Hispanoamericana Filipinas 2017 Teresita “Win-Wyn” Marquez is one of them, and she is getting quite the healthy pre-arrival media exposure alongside the Latin entries. In fact, one article has already dubbed her as “La Reina de Asia”.

Methinks that there is solid anticipation for Win-Wyn, not only because she is from the Philippines, but also due to the fact that the contest has started to gain a lot of following ever since the franchise has been given to the Miss World Philippines Organization as one of its titles at stake. 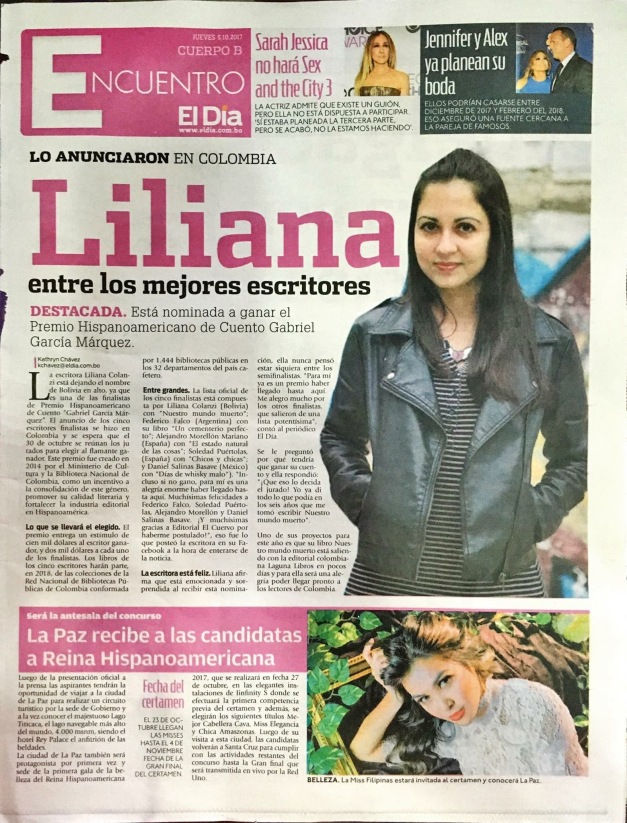 For now, I’m just looking forward to the Official Send-off that should be scheduled anytime before or around mid-October.