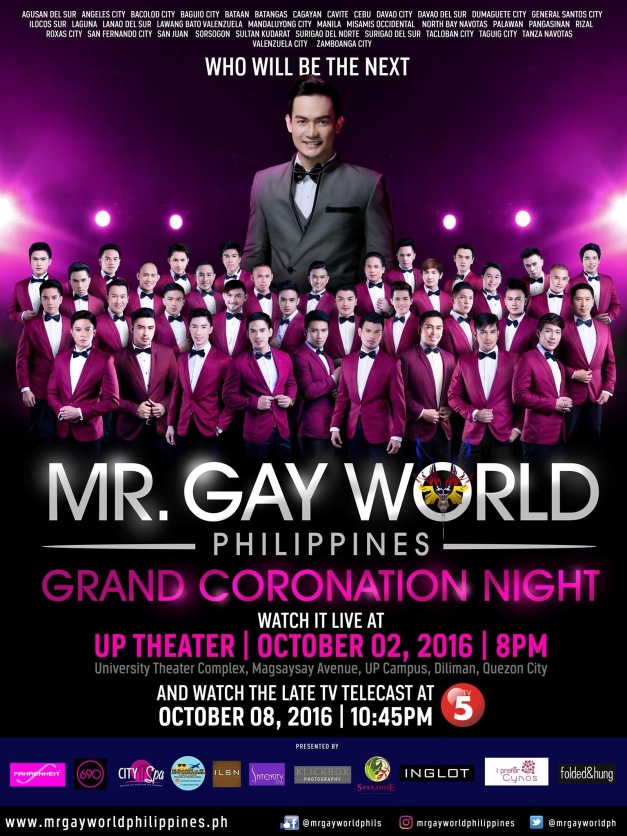 October 2 is the Finals Night at the UP Theater

You know that this edition of Mr. Gay World Philippines has grown in leaps and bounds compared to all previous stagings – wider media blasts, more attractive prizes and a finals venue that is considered to be its biggest – UP Theater with a capacity of more than 2,000 – usually associated with Miss Philippines Earth. More than these factors, the organizers – headed by Wilbert Tolentino – are dead serious in crossing the pageant to the mainstream in order to gain more acceptance in its mission and vision.

Here is the last set of Official Candidates – the third dozen:

Richard from Rosario, Agusan Del Sur, the land of the famous marsh and crocodiles. He is a call center agent and believes that the future belongs to those who believe in the beauty of their dreams.

Plaveo, 27, is a Psychology Graduate. He is a fashion designer and for 5 years he is a Marketing Professional in a big car dealership in the country. He grew up in military family. His father is a retired air force officer, and his eldest brother is also in the military. Golf has been his pass time sport. 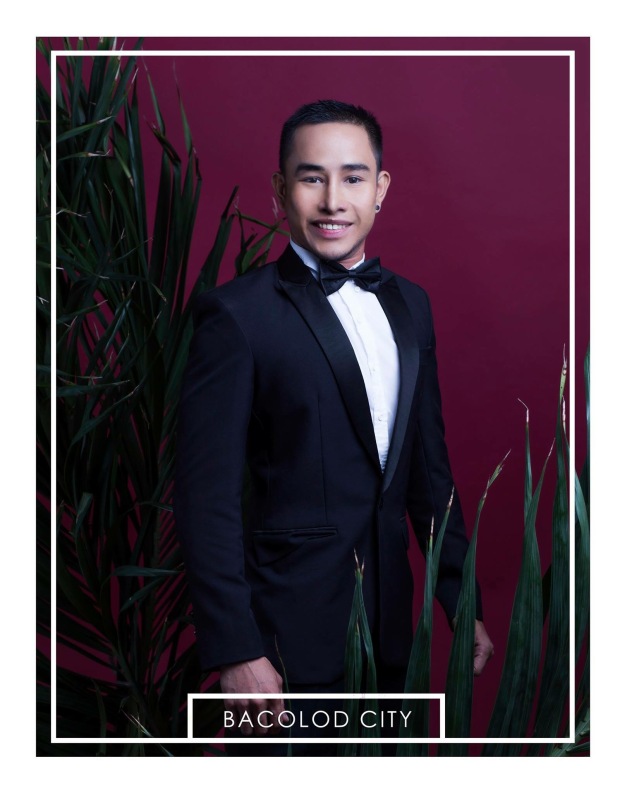 Roland, is an artist and a designer and loves to study and read books about theory of the world. He also loves to draw and make his own crossword. He is a very adventurous person who loves to travel different places and discover different cultures and traditions. 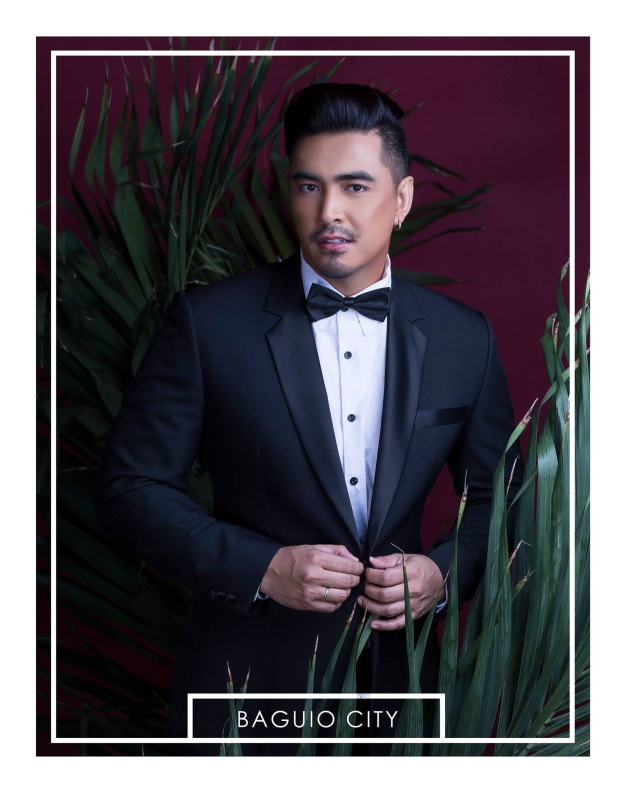 John is an entrepreneur engaged in online marketing. He is the grand winner of It’s Showtime’s I am Pogay. He loves to cook and he is a food enthusiast. He loves trying new dishes and unique delicacies. A gym rat and engaged into adventure sports. He loves the outdoors and considers himself an adrenaline junkie.

A Real Estate Sales Officer from Dinalupihan. A graduate of Hospitality Management and Maritime. He managed to join different male pageants and bikini contests while finishing his studies. He was a Zumba instructor and plays badminton. He is into health and fitness not to mention the daily routine of going to the gym. In Bataan, his family and friends support him being gay, and with that he feels very lucky and contended. 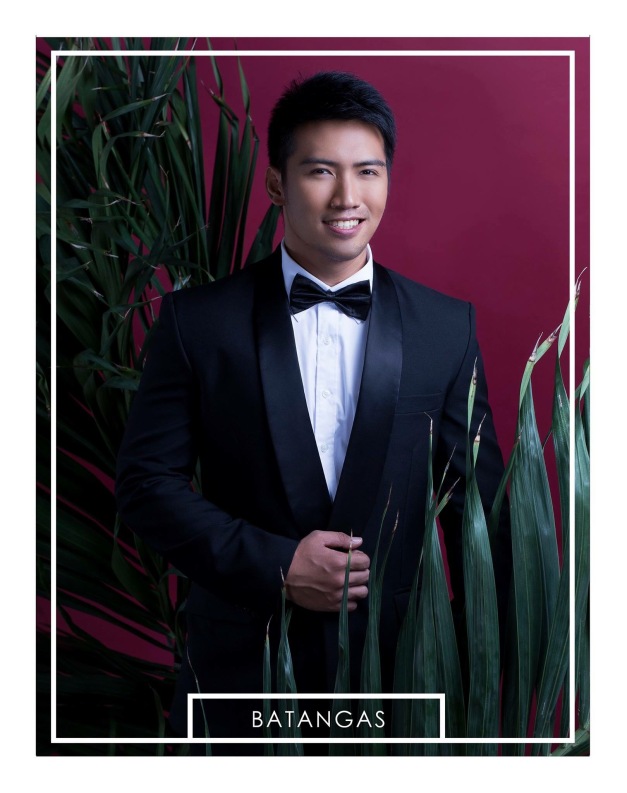 Lei, a local from Nasugbu, is a type of person who maximizes the function of my left and right brain. He used to be a Financial geek now working as a Makeup Artist and currently trying to invade the industry of health and fitness. He is the current Mr. Fahrenheit 2016 and the only candidate that has his own Wikipedia page.

Kyle, 24, is a licensed teacher from Tuguegarao City, a graduate of Business Administration major in Fiancial Management, and now taking up Masters in Business Administration at Jose Rizal University. He is working as an Immigration Officer of the Department of Justice. He is proud that despite his sexual preference he manages to be part of the prominent uniform employee of the government ready to secure the country and maintain its peaceful state. He is an ambassador of goodwill to Korea and Singapore when he is in high school and one of the outstanding leaders of Tuguegarao City and also Gawad sa Ulirang Kabataan Finalist of these countries.

Janjep is a property consultant in a real estate firm and runs an online business with his partner. He loves spending most of his free time at the gym and workout with his friends. He is a volleyball athlete and was a varsity player when he was in college. He also loves traveling.

Jesz was born and raised in Tacloban Leyte, but settled in Cebu for 5 years now. He is a Physiotherapist by profession and works in one the more prestigious hospitals in the city. He facilitates patients towards holistic physical rehabilitation programs. His hobbies include taking care of his 5 adorable Chihuahua and mixed-breed dogs, and advocating a balanced and healthy lifestyle through effective exercise programs and homeopathic diet regimens. As a member of Loveyourself he is also a councilor for HIV/AIDS. 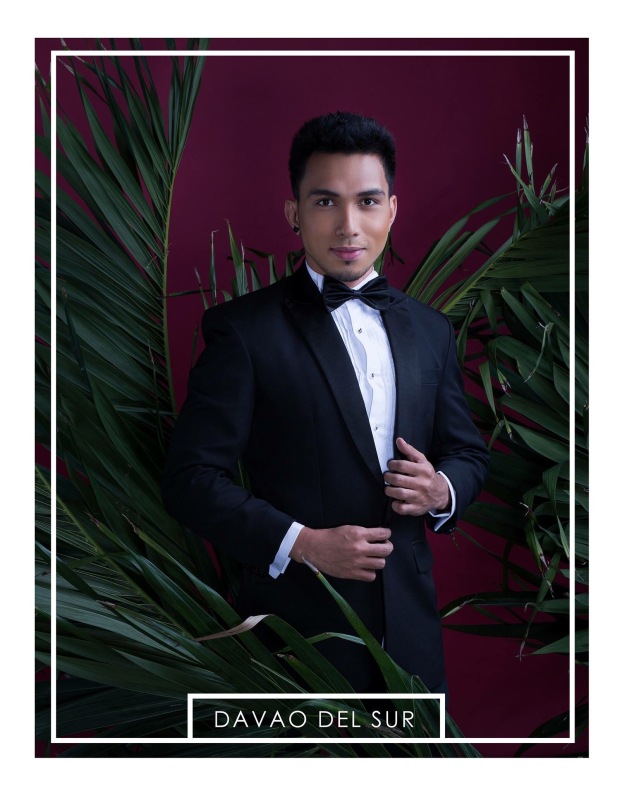 Jaydee’s passion is writing. He likes to express himself to do something beyond ordinary. Also, being a part time event organizer and a host, it honed and developed his interpersonal skills to face the crowd and control his stage fright. He is often misjudged as ‘suplado’ at first, but once people get to know him, they become a part of him.

Clark, is from Daro. His ultimate mantra is ‘everything is fine’ every time he faces some challenges in life. He loves to acquire more knowledge and wisdom and hopes to manifest them and put into use. According to him a happy life is like in Disney fairy tales, yet in reality it is not always happy endings.

JM is a son of a former army and the only son among 4 siblings. Singing is his passion and competed for several times. He is also involved in social institutions and other outreach programs, as his passion, to spend and share time to those who are in need. President Duterte is his inspiration in making his social responsibility spring into action.

So who do you think will reigning titleholder Christian Lacsamana crown on October 2? The field is tough and their qualifications nowhere near to be sneered at. I really hope that the best gay man takes it all the way – looks, advocacy and commitment. 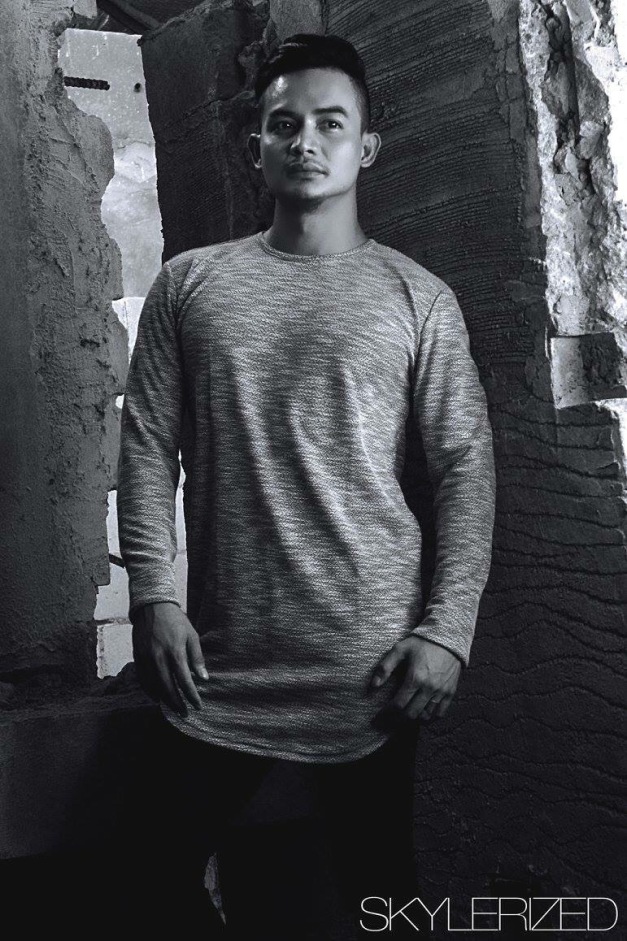 Good luck to everyone! 🙂

9 comments on “Getting to know the Mr. Gay World Philippines Official Candidates Part 3”