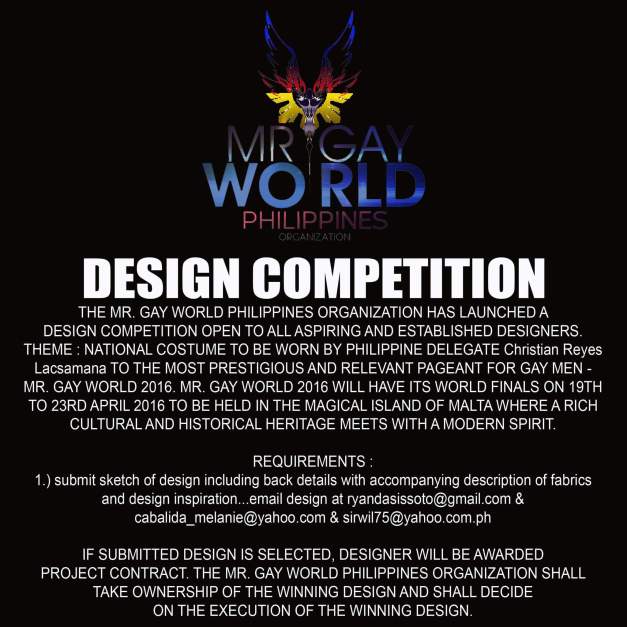 Your design might just be worn by Mr. Gay World Philippines 2016 Christian Lacsamana in Malta

Do you want to use your creative mind in designing the National Costume of Mr. Gay World Philippines 2016 Christian Lacsamana to be worn in Malta for Mr. Gay World 2016 this coming April? Well, this might be the opportunity for you!

Mr. Gay World Philippines Organization headed by Wilbert Tolentino has just launched a Design Competition to be able to do just that. You can possibly win the whole thing and get your visual creation transformed to reality in the international pageant stage. This contest is open to both aspiring and established fashion designers. Go check out the details above on how to join.

In the meantime, Christian’s preparations for the big annual event are in full swing. Watch the video below to see his Road to Malta, including the line-up of all his predecessors leading to his 2016 claim to fame. 🙂