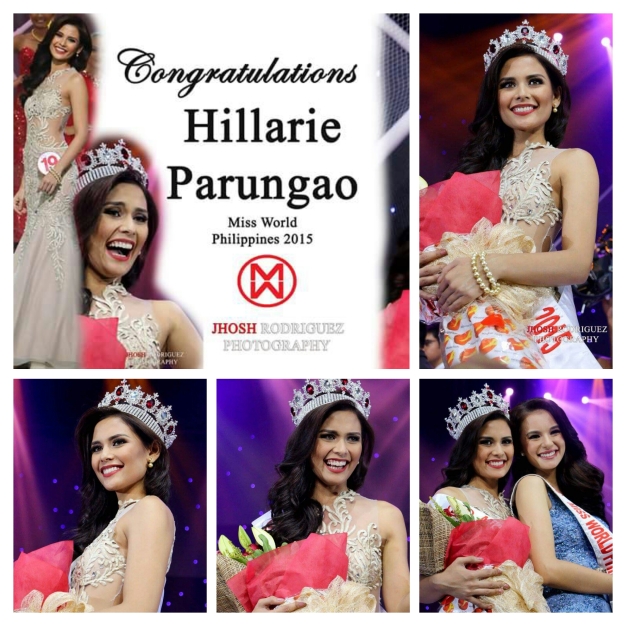 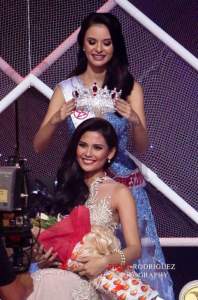 Hillarie Danielle Parungao is on Cloud 9 right now. And why not? She is Miss World Philippines 2015 and will be going to Sanya, China for Miss World 2015 this coming late November till December 20.

During last night’s finals, our new Queen was on some sort of caterpillar ride that zoomed up like a rollercoaster during the competition. She knew that being a top favorite to win had its big share of pressures and expectations. She needed to deliver big-time. And she did. After winning majority of the special awards, it was like everything was going A-okay. When Top 13 Q&A came, she still came through as one of the seven best performers. But after being named Top 5 and getting into the judges’ questions, her nerves started to show. She knew that her answer, while not bad, wasn’t good enough to lock the crown for good. And so, she felt disappointed backstage and thought that she might have already given her #1 spot away.

But such is fate. If the victory is meant for a particular person, then it will happen no matter what. There was just no way of the results being announced any other way. She was cumulatively the champion in all areas.

And so, check out the video of her very first interview right after being crowned Miss World Philippines 2015. 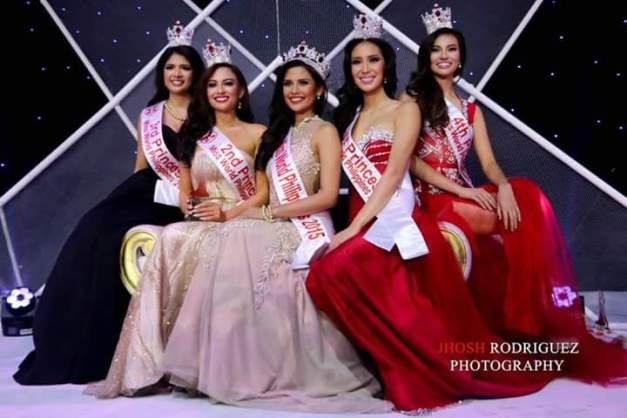