Kim Fyfe for Top Model of the World 2015 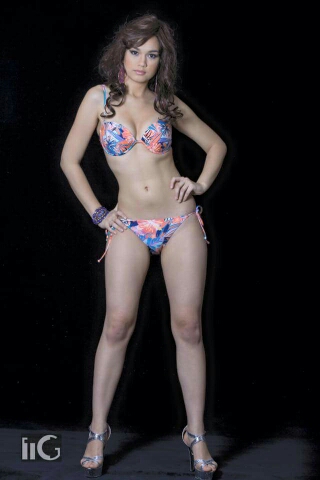 While I initially anticipated Mutya ng Pilipinas Asia Pacific International 2014 Eva Patalinjug to be our representative to Top Model of the World 2015 (after all, she was given a formal send-off last December but the competition kept on moving in schedule from the original January to April and now September), it appears that the organizers had another girl in mind to send to Egypt.

Mutya ng Pilipinas 2014 2nd Runner-Up Kim Fyfe has now been appointed Top Model of the World-Philippines and will be the one to compete in El Gouna, Red Sea. In fact, her photo now appears in the pageant’s Facebook page as Top Model Philippines.

I don’t want to fan any flames of intrigue anymore. I also like Kim, the Fil-Aussie who reigned as Mutya ng Pilipinas Australia 2014 before taking part in our Mutya nationals. And this girl could also do very well in the contest. I was just hoping that Eva got the chance to go abroad for this, being last year’s #1 placer. Besides, she has been waiting for the longest.

At any rate, I wish our rep the best of luck in Egypt. Bring it on, Kim! 😉

Good luck in the competition, Kim!