Notice anything different in Jamie Herrell’s 2014 elemental court above and below? 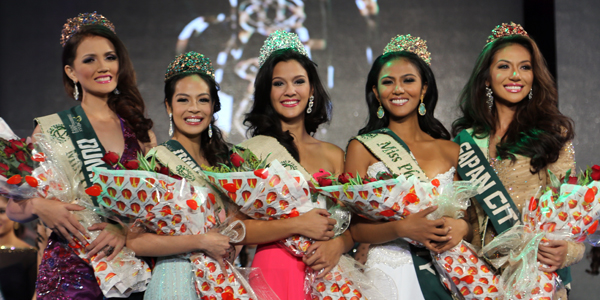 Not a hard thing to differentiate, of course. Miss Philippines Fire 2014 Bianca Paz is no longer in the top pic. In her place, former Top 10 runner-up Bencelle Bianzon has already taken over the title.

Right at the onset, I felt that getting a 3rd Runner-Up spot won’t be a fiery (no pun intended) conclusion for Bianca. And that it was just a matter of time before she would give up on the responsibilities instead of getting tied down by the same.

In a way, I feel bad for Bianca. She gave her everything in all the national pageants she joined, only to end up getting bridesmaid status everytime. She could have already nailed a crown by now. Alas, it was not meant to be. She must have really moved on to greener (again, no pun intended) pastures where pageantry is not the main focus.

I can only wish her the best of luck in the other endeavors she is setting her sights on. 🙂

2 comments on “MPE2014 Jamie Herrell and her Elemental court”