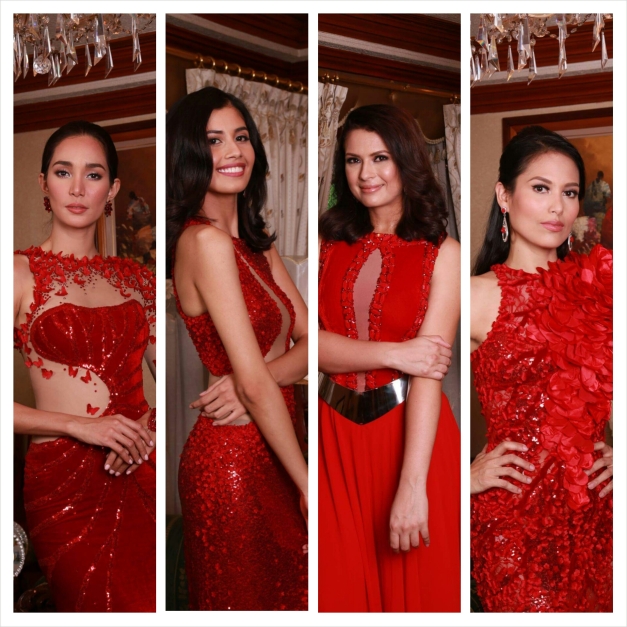 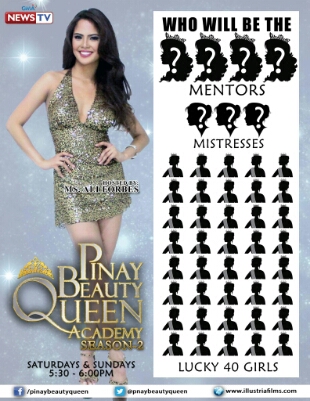 Ali Forbes is still the host

Pinay Beauty Queen Academy is definitely upping the ante for its 2nd Season. With its eventual winner becoming the country’s official representative to Miss Grand International 2015 in Bangkok, Thailand, the show has introduced four (4) new mentors and they are Miss International 2013 Bea Rose Santiago, Miss Earth 2004 Priscilla Meirelles, Miss Universe 2011 3rd Runner-Up Shamcey Supsup-Lee and Bb. Pilipinas Universe 2000 Nina Ricci Alagao. The four will be joined by Wilma Doesnt who will act as the Training Supervisor of the contestants.

This early, I have a feeling that the reality beauty search will attract more potential candidates (read: higher quality of joiners) to complete the list of forty (40) they are planning to begin with.

The four new mentors taping for the show's teaser

Ali Forbes continues on as the show’s host, just as Season 2 has stayed put with GMA News TV as the airing network.

Watch out for more about the show’s regional screenings in the coming weeks ahead!