What’s the big difference between being raised in Vancouver and Sydney? Except for the accent, none. Besides, both ladies in this post have practically removed most of the dead giveaways of their origins. They are Binibinis now, without a doubt.

Binibini 23 Justine Beatrice Felizarta and Binibini 2 Jenny Feliz Gonzalez may not be as widely popular as those numbered 10, 11, 19, 21 and 28, but they do have their own brand of charm to make the viewing judge or spectator reconsider his/her views of the two.

Both have already been part of different beauty contests prior – Justine in Miss Manila 2014 and Jenny in Miss Philippines Earth 2014. And they have learned much from those stints that their inclusion as Official Candidates in Bb. Pilipinas 2015 will prove. They are now using all the learnings in making a good impact in the pre-pageant events. 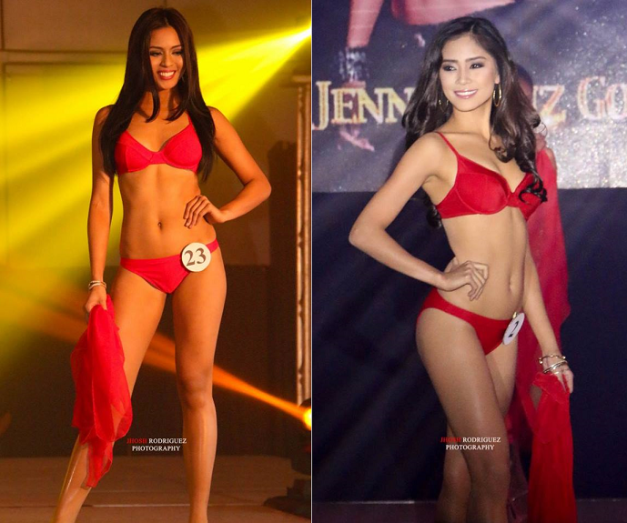 Will you go for the Vancouver-raised Justine or the Sydney-bred Jenny? (Photo credit: Jhosh Rodrigiuez)

So what could set apart one from the other? In my view, it could be the youthful charm and more alluring presence. They already have the good looks to begin with. Whoever is capable of utilizing that certain extra edge to win over supporters should be doing a good job so far.

Justine is chalking up the precious points to date. And she gets my vote in this face-off. 😉