Our Celebrity Binibini 34: A win-win for Wyn Marquez? 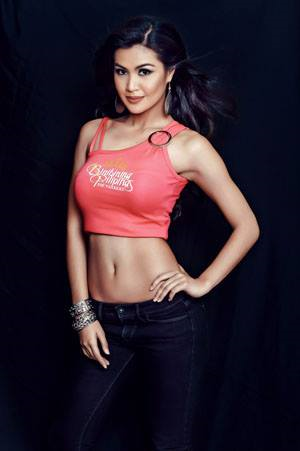 When Teresita Sen “WynWyn” Marquez screened for, qualified and got pinned as Binibini 34 in Bb. Pilipinas 2015, not a few eyebrows were raised by the decision. Here is a showbiz personality who has a TV career that – while not on top of the game – has remained active and constantly involved in a string of projects that honed her talents in acting and dancing. She never runs out of assignments. Of late, she has been typecasted in villainess roles – a character 180 degrees from how down-to-earth she is in real life.

Nowadays, Wyn’s life has been relatively more relaxed compared to her hectic showbiz schedules. The physical demands of the pageant are nothing compared to the overnight tapings and daily rehearsals at GMA-7. And that helps her maintain a more beautiful and fully-rested aura. Will she nail a win in the March 15 finals? We’ll see…

Know more about Wyn by watching this interview she had with Tim Yap during the latter’s midnight show. 😉

16 comments on “Our Celebrity Binibini 34: A win-win for Wyn Marquez?”