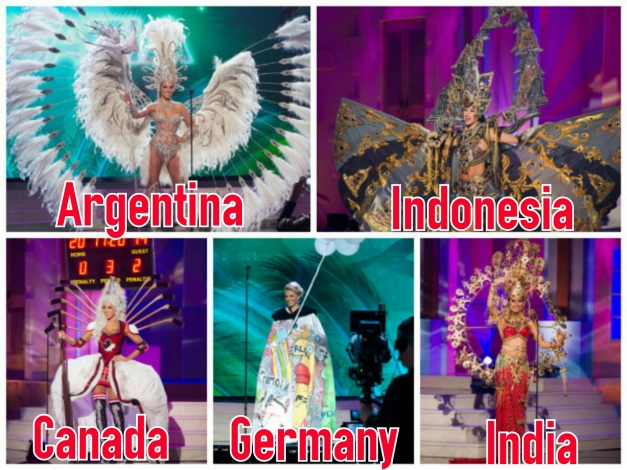 You can help one of the Top 5 National Costumes of the 63rd Miss Universe Pageant in Doral Miami win the award as Best among the finalists via Twitter. Just type your choice using one of the following contestant hashtags:

And don’t forget the hashtag #MissUniverse

The winner will be announced during the live telecast of the Finals on January 25. 🙂