Is there trouble brewing in Miss Earth Australia? 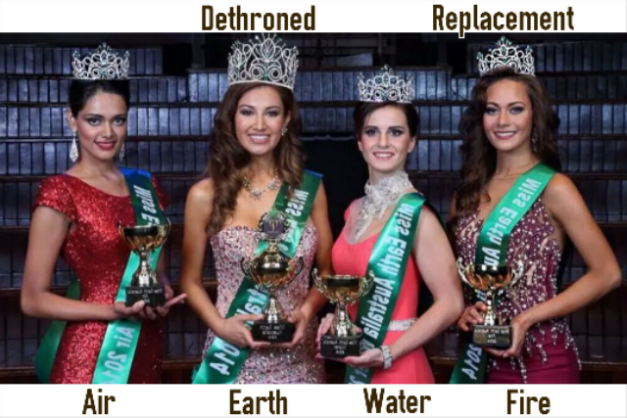 Do you see anything off at all in the photo above?

Just when I thought that Australia will be represented by a Latina – Dayanna Grageda – in Miss Earth 2014, here comes a new development where she is being replaced for being “unable to fulfill her duties” as Miss Earth Australia 2014.

In Dayanna’s place, Nadine Roberts – who placed as one of the three elemental court winners or Miss Fire in particular – is scheduled to go to Manila now. And this is where I started having a few more creases on my forehead. Why send the 3rd Runner-up instead of considering first the two ladies ahead of her (Miss Air Zinnia Jothi Janif and Miss Water Chelsea Lewis) in placement?

I started to dig deeper. With significant contacts from Down Under just a quick Facebook chat away, startling new details began to unfold.

Time to make use of the word ‘allegedly‘ in healthy doses now. 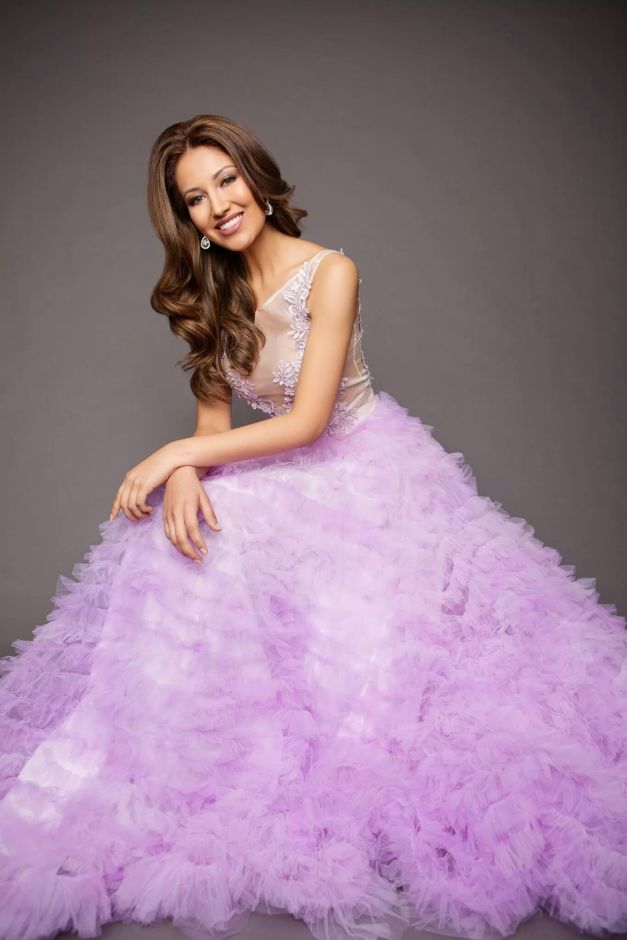 First things first. The alleged reason why Dayanna Grageda was stripped of the crown is “because she wore her winning crown and sash at the Miss International Australia 2014 Finals in support of Miss Earth and her friends. Apparently, she didn’t get permission to attend the event so they took her title away”

In addition to this, there were allegedly unfounded issues regarding sponsorship with the Australia-wide well known boutique store Sheike, aside from allegedly not fulfilling the talent training demands for the big competition. For this, sources are allegedly stating the opposite.

A surprising discovery was getting information from Carousel Productions here in Manila that the submitted documents for Miss Earth Australia was already in the name of Nadine Roberts and not the crowned winner Dayanna Grageda. The submission allegedly took place even before the dethronement happened. So was it all planned early on and their CEO Roselyn Singh was just allegedly waiting for the other shoe to drop figuratively?

Oh, this saga keeps on getting better. But before I get pinned down for ranting, read the more complete account HERE. Indéya Passfield – Dayanna’s close friend and Miss World Australia 2014 finalist – has more details to share.

Yes, there really could be trouble brewing in the Miss Earth Australia Organization. And the kettle is already whistling loud enough for everyone to hear. Someone pull the plug!

5 comments on “Is there trouble brewing in Miss Earth Australia?”