Ms. Cory Quirino (in red) with 18 of the 21 Official Candidates vying for Miss World Philippines 2014

At the Raven Boutique Club in the Penthouse of W Building 5th in BGC, the Official Candidates of Miss World Philippines 2014 were introduced after wrapping up with the final screening. Actually, only eighteen (18) were presented so far. There were supposed to be twenty-one (21) names to be announced, but three of the ladies still needed to secure permission from their parents (talk about secretly screening). Hopefully, they will join the others in the Press Presentation scheduled next week. Four (4) more beauties will be coming from the province, according to Ms. Cory. Once everyone is accounted for, there will be a total of Twenty-five (25) in the roster all in all.

The Eighteen (18) Confirmed OCs are: 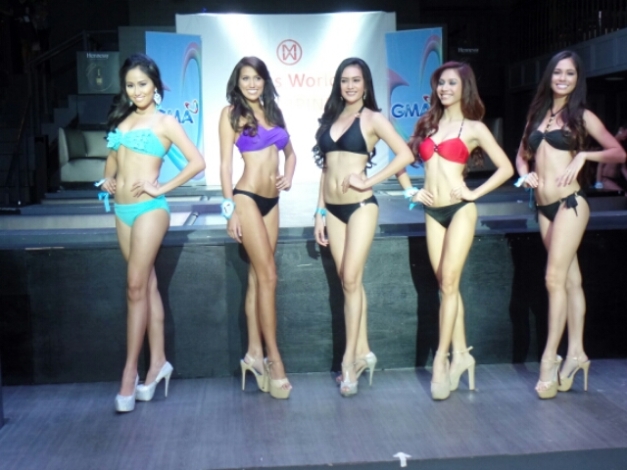 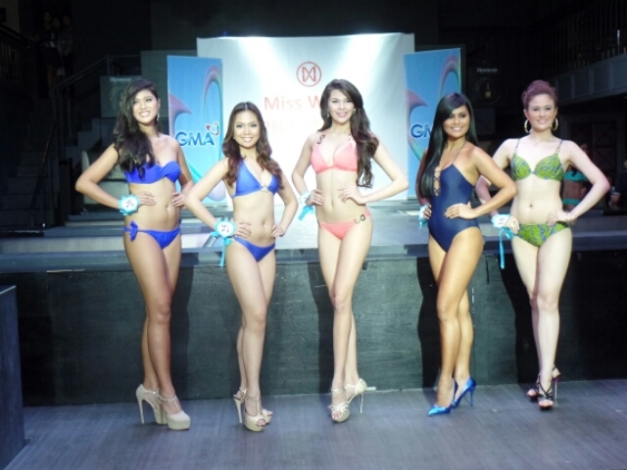 Among the 18 so far, my six favorites are: Valerie Weigmann, Rachel Peters, Gazini Ganados, Lorraine Kendrickson, Alexa Kirby and Nilda Ibe. But it would be a fairly safe estimate to pick out Valerie, Rachel, Lorraine and Gazini as the ladies who will solidly duke it out for the title. Too early a prediction? Perhaps. But if none among the still-to-show-up seven (7) can measure up to these four, then expect them to stay up there till the finals.

My early favorites from the 18 introduced ladies

P.S. Of interesting note is the inclusion of deaf candidate Kristine Balaguer, just like Queen of the Philippines 2014 Princess Pura.