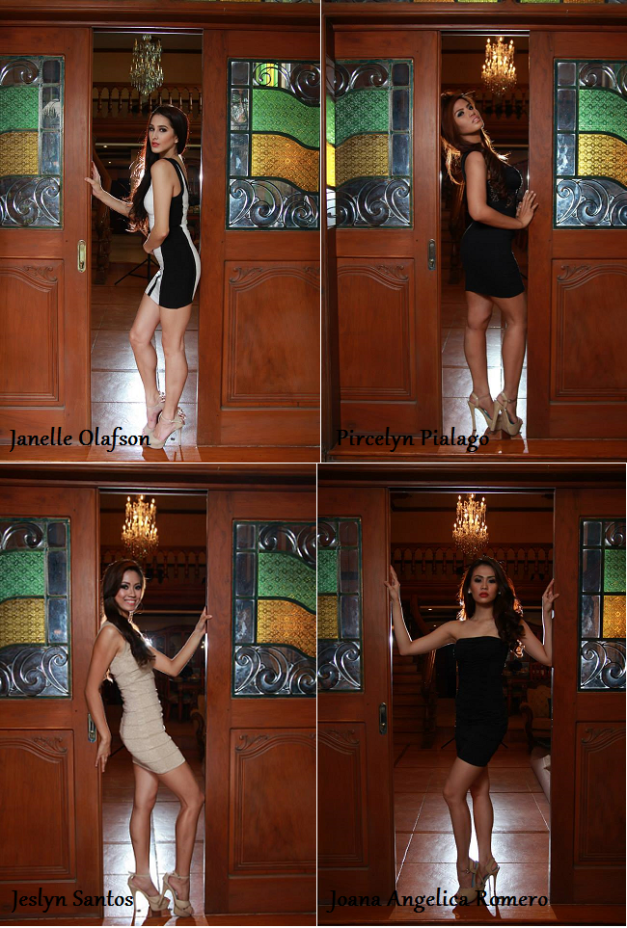 The first round glamshots of Pinay Beauty Queen Academy can be seen HERE. I just thought of featuring four of the familiar participants in the reality TV/Beauty Queen search.

Remember Pircelyn Pialago? She’s the girl who represented Dalaguete, Cebu in Miss Philippines Earth 2014 and who got her 15 minutes of fame via the “she passed away” comment when a fellow candidate (Leslie Ann Pine) fainted during the swimsuit competition.

Remember Jeslyn Santos? She’s my kababayan from Hagonoy, Bulacan who was Binibini 32 during Bb. Pilipinas 2014 and was originally crowned in the province for MWP2014 but decided to do this reality program instead.

Remember Joana Angelica Romero? She’s the Bicolana more popularly called Binibini 3 during Bb. Pilipinas 2014 and is more interested now to explore the possibility of a TV career than otherwise.

They are just four of the twenty-one beauties who made it to the program proper and who will be seen in the show once it starts airing on GMA News TV soon. Check out their Facebook page to get updates on telecast dates. 😉