Sunday Specials: The one who got away, Patti Grandidge 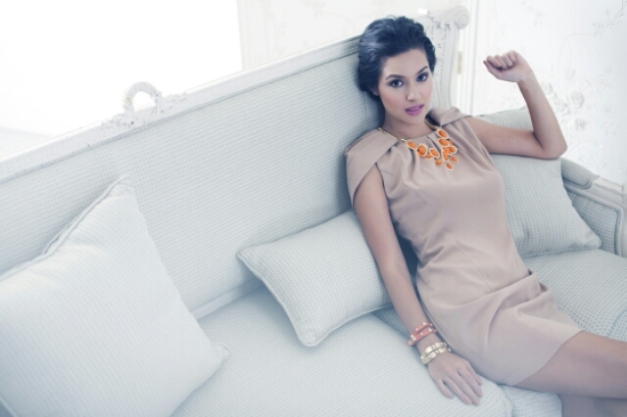 Patti Grandidge, now happily married to Jon Herrera, is one of cable TV's most beautiful faces

She is easily one of the most beautiful faces that ever graced local cable TV. Whenever possible, I always make it a point to watch her lifestyle shows on ETC. And the lady never fails to lift up my sagging spirit the minute she speaks and flashes her sunny smile. Patricia Kristina Grandidge is all that. And more.

Prior to hosting ‘Etcetera’ and practically becoming the face of the ETC Channel, Patti was a food blogger who got dubbed as the cupcake queen, especially with her popular Sweet Patti Cakes. She actually made a business out of her passion for baking. But versatility becomes her the minute she starts to dress up for the camera and talk about the latest fashion trends in clothes, make-up, accessories and the like.

Last year, she took the big leap to marriage, and is now known as Mrs. Jon Herrera as well. And that is where the title of this post enters the picture. She could’ve easily given some of our beauty pageant contenders a run for their money had she decided to consider joining one back in 2010-2011 when she was just starting to make a name out of herself in the country. But it just wasn’t meant to be. Her life is much too precious between hosting and baking up until early 2013 that adding another area of commitment was something she never really entertained anymore.

Have a sweet life, Patti! 🙂

2 comments on “Sunday Specials: The one who got away, Patti Grandidge”