A near back-to-back at Miss Universe Canada 2014 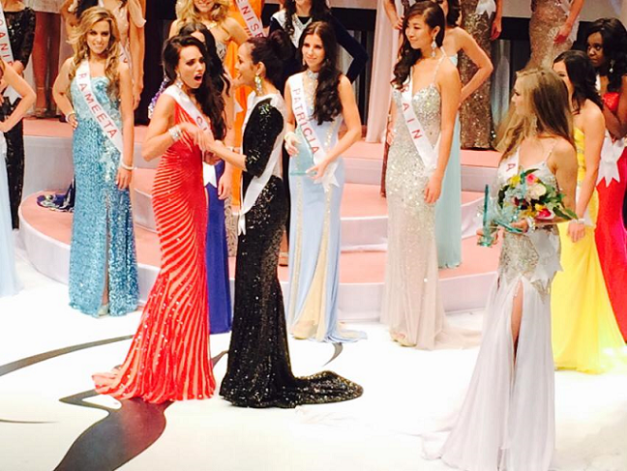 It was almost – but not quite – a back-to-back win for a Filipina in Miss Universe 2014. When the dust settled, Chanel Beckenlehner nosed out Fil-Canadian Kesiah Papasin for the title and had to be contend with a 1st Runner-Up placement.

Up to the last seconds prior to announcement, the big win was still up in the air as anyone among the last two women standing could top the field and get the crown from last year’s Riza Santos. It was simply Chanel’s night after that. At any rate, Kesiah (who trained with KF here two years ago) was more than happy for her.

Chanel is now looking at Miss Universe 2014 and should meet up with our very own MJ Lastimosa later this year.