Sunday Specials: Overeasy or Sunny Side Up?

There is this article (by another blogger Mandie Marie) I read about how egg preparations reflect the kind of personality an individual possesses. And since it’s a Sunday morning and my comfort food of a breakfast platter is waiting to be devoured, I thought of coming up with a bit of playtime-cum-character impressions of six of the Bb. Pilipinas 2014 Official Candidates with a side emphasis on eggs. Indulge me, if you will. 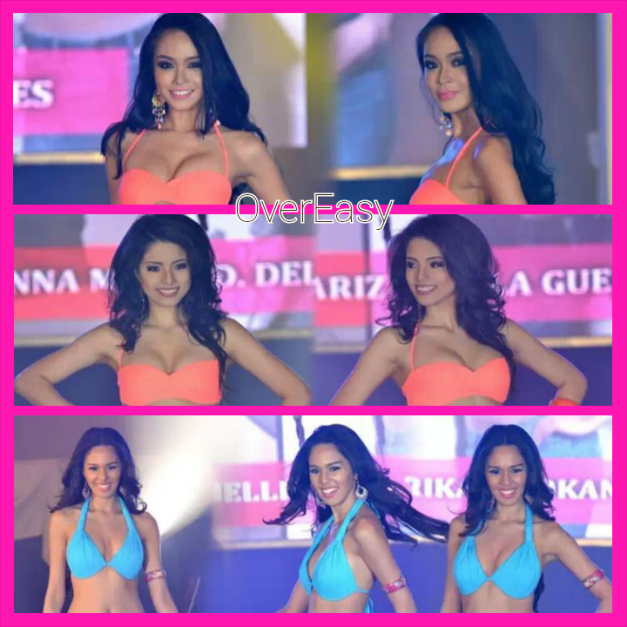 The way I see Julian Aurine Flores, Hannah Mariz dela Guerra and Gabrielle Tilokani, they seem to fit the descriptions of eggs done overeasy. I look at them as the more relaxed candidates this year, much like the perenially-spoken-but-seldom-practiced “I am simply enjoying myself here” kind of disposition. They know that this is still a battlezone, but are not about to get lost in the shuffle of getting too crazy about outlasting everyone else. I’m not saying that it’s a bad gameplan, but something where serendipity will play a meaty role.

These ladies will give Bb. Pilipinas their best shots and in the process, show the most genuinely-felt reactions should they be called to fill in a semifinal slot or a Top 5 placement if ever.

Now, Sunny Side Up is my favorite way of eating eggs. I always enjoy the runny yolk where small slices of bread can be used to generously dip into the golden yellow thickness and placed in the mouth for a more heavenly day-starter of a meal.

If you will notice, I grouped together three (3) ladies with something in common. Anabel Tia is an Arts Teacher. Sarah Jireh Asido is a Sports coach. And Hannah Ruth Sison is a Multimedia Instructor. They are looked up to by students as role models of knowledge and discipline. But more to that, they exemplify external characters that consistently show smiles and positivity all around.

As beauty contestants, I feel that they are the ones who will feel most elated when one of their closest friends in the batch would be called to move forward in the race to the top. At the same time, they could also be the ones who will graciously clap at themselves if their names are announced. Job well done. Light hugs or healthy pats on the back. A loss would not make them overly disconsolate. A victory would make them feel like a million bucks.

So how am doing with my egg-related interpretations so far? One word of advice, though. Don’t take my analysis too seriously. I added a dash of cinnamon to my cup of coffee to make this post more of a special blend to be enjoyed rather than induce a tinge of nervousness. After all, I’m now down to my last sip of orange juice. And I’m off to thinking about my next feature.

18 comments on “Sunday Specials: Overeasy or Sunny Side Up?”