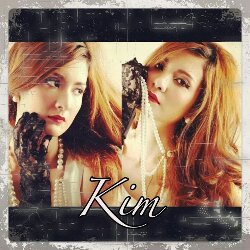 When Kimverlyn Suiza took part in Miss Philippines Earth 2012, she was considered the toughest opponent of eventual winner Angelee delos Reyes such that up to the final announcement of winners, she was touted to pull a not-so-surprising upset. But as it turned out to be, she had to settle with being Miss Philippines Air. Her engagements as such were few and far between so it gave her the chance to re-think her plans from square one. Rumor has it that her camp – Aces & Queens – has been gradually grooming her for Bb. Pilipinas 2014 – a taller order but a fresh new challenge for this tall (5’9″) articulate mestiza from Marikina City.

Will she formally become the first crossover beauty of 2014? Or do you consider her the 2nd because Janicel Lubina got ahead in terms of online awareness? And if she does find her way to the roster of candidates for the national pageant, in which international competition will she perfectly fit? 😉

17 comments on “Kimverlyn Suiza: the first crossover beauty of 2014?”