Asia’s Next Top Model Cycle 1: Week 11 Update…recapturing the not-so-distant past 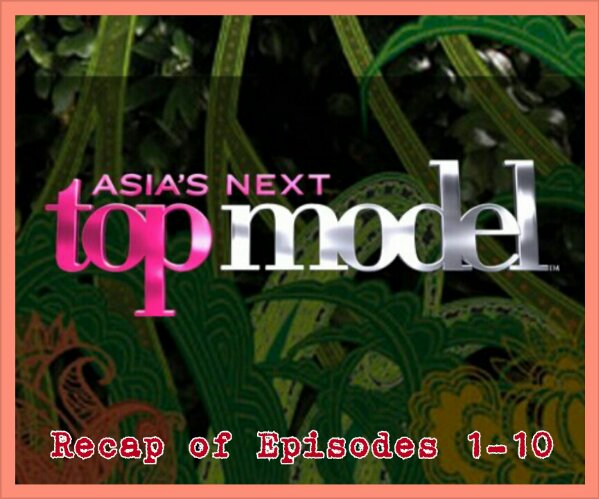 This week’s episode of Asia’s Next Top Model Cycle 1 is a flashback to the past ten weeks of the reality program. But if you thought that watching the same will just be a rehash of everything that was aired before, you’ve got another thing coming.

Never before seen footages of the models, edited-out scenes and outtakes filled most of the show. The collage gave viewers a relatively deeper look into what actually transpired among the ladies. And sure enough, it mirrored an added amount of understanding into the personalities of those we love to hate or simply, love to bits.

And you thought Helena was as bad as she was made to look like in the first 9 episodes? Truth be told, she is tame compared to her meanest counterparts in the Next Top Model editions of the U.S., U.K., Australia and Canada. And just think how boring the whole thing would be without her quick and at-times-tactless tongue. Her pep talk with mentor Joey Mead King showed that she can be an emotional weakling like the rest of us.

If you ask me, Sofia is the one who could be somewhat meaner (or underhanded if you will) in the sense that her body language tends to show less-than-pleasant candor than what could be normally presented as being brave and unruffled. She could be the one you wouldn’t want to be on the bad side of.

What could be the big surprise for the Final 4? Find out next week!

Anyways, after the recap, the ladies were shown getting a surprise visit from coach Daniel Boey at Capella. They were asked to show him favorite pieces in their respective luggages. From this, he segued to the importance of being presentable all the time. Kate suddenly jumped the gun and said that an overseas trip could be the surprise for the Top 4. Daniel did not confirm, but the last shot before the final credits showed them receiving an “unexpected surprise” inside a box that really made everyone jump for joy. Is it really a trip to London (as Kate assumed) or somewhere else? Find out next week!

The Top 4. Who will win Asia's Next Top Model Cycle 1?

And so, only four girls remain in the hunt for the top spot. Who among Jessica of Thailand, Kate of Taiwan, Sofia of Japan and Stephanie of the Philippines will end up becoming Asia’s Next Top Model? Please keep on watching till the last episode. And don’t forget that it airs on Star World, Sunday nights at 8:55pm. 😉

2 comments on “Asia’s Next Top Model Cycle 1: Week 11 Update…recapturing the not-so-distant past”