Benjamin Alves: a ‘Kapuso’ Heartthrob in the making

It’s Sunday. Let’s take a much-needed breather from all the Bb. Pilipinas 2012 frenzy just for today so I can introduce one male personality who is very likely to become the next matinee idol of Philippine showbiz.

Benjamin Alves: Out to conquer showbiz via GMA-7

Some might ask, “Benjamin who?” Well, the guy is a talent of the now-famous Mercator Model and Artist Management and is being handled by head honcho Jonas Gaffud who divides his time between making beauty queens and transforming models into hot celebrities. He is most definitely a cutie of a hunk – what with that good-looking face, those piercing eyes, and a pretty nice built. You’d better get ready to see more of him in the next few months as he starts embarking on a showbiz career that should make ‘Benjamin Alves‘ a household name in no time at all.

Just earlier this week, Benjamin became a certified ‘Kapuso‘ after signing an exclusive contract with GMA-7 which signals his big-time entry into TV and the movies. Knowing the network, I trust that he will be initially casted in one of its’ top-rating primetime or afternoon prime teleseryes for starters. He should also be seen taking part in the Sunday musical-dance/variety program ‘Party Pilipinas’ plus guest appearances in some GMA-7 and GMA News TV shows. 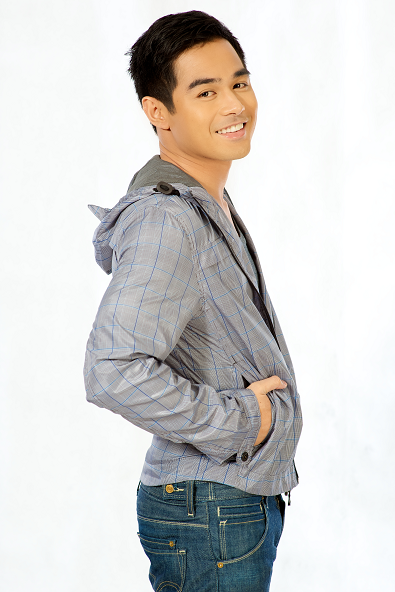 With those killer looks, how can Benjamin Alves miss?

Benjamin – co-managed by GMA Artist Center and Mercator – will be gradually molded into a dramatic actor in hopes of assuming leading-man status and getting paired with some of the network’s top actresses like Heart Evangelista, Lovi Poe, Rhian Ramos, Carla Abellana and Glaiza de Castro. Movies will most probably be in the offing as well. GMA Films has been steadily churning out a variety of flicks where he could get a role or two in the near future.

So what does the future hold for this tall and handsome 23 year-old? A lot, I reckon. He can fill the niche of GMA-7’s stable of artists waiting to be the next Dingdong Dantes, Richard Gutierrez or Dennis Trillo.

Remember the name – Benjamin Alves. Watch out for more as he boldly steps up to the showbiz plate. 😉

17 comments on “Benjamin Alves: a ‘Kapuso’ Heartthrob in the making”