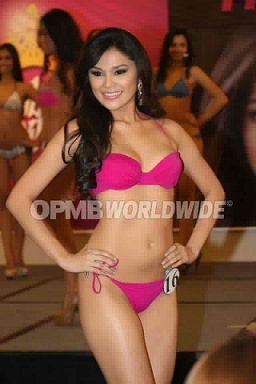 Ma. Alicia Elena V. Ariosa, or Allen for short, is one of the beauties from Mindanao in this year’s edition of Bb. Pilipinas. Hailing from Pagadian City, she actually took part in Miss Philippines Earth 2011 and made it to the tough Final 10 who were given full focus during the coronation night held in Palawan. Meeting the minimum height requirement of 5’5″, she tips the scale at 118 lbs. and has vital statistics of 36-25-36.

At this point, Allen has loads of fans and supporters who are planning to uniformly wear baby pink during the finals on April 15. A little too early for something like this, some might reckon. But if you have backers like she does, it clearly boosts their bet’s confidence to the fullest.

And 24 year-old Allen is not about to leave it all to fans’ cheers and fate. She is priming herself up for the more wringing demands of Bb. Pilipinas, just as she was able to survive three pre-pageant eliminations in MPE2011. 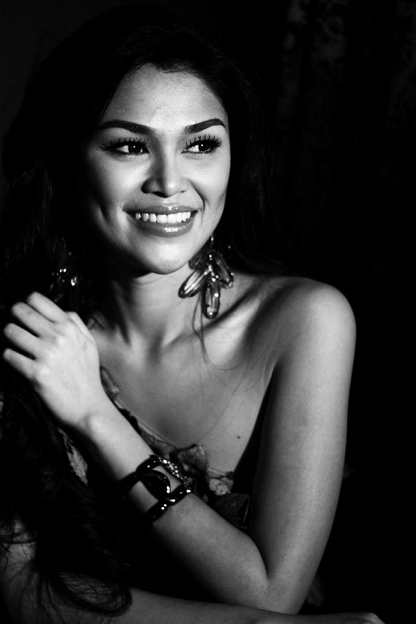 Check out for more updates on Ma. Alicia Elena ‘Allen’ Ariosa as she competes in Bb. Pilipinas 2012. 😉