Jacqueline Milner: from Catwalk to Trumpwalk? 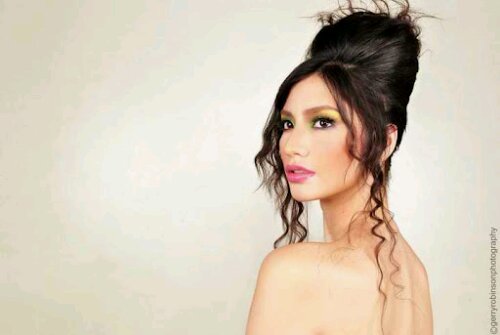 Jacqueline Milner is no stranger to the modeling world. She has been gliding the ramp in couture and designer wear for several years now, and is a proud member of PMAP (Professional Models Association of the Philippines). Armed with her statuesque presence, an intriguing breed of Filipino-American and the distinct body of a fashion model, she can own the catwalk without much of an effort to do so, while going through an assortment of photoshoots with the least amount of predictability.

The pageant stage, while not strictly within her comfort zones, is not far-fetched from the narrower runways she is used to. The Trumpwalk can be mastered in a jiffy if need be. In the same light, joining a beauty contest is not a remote possibility.

So if you see Jackie walking down the street leading to the final screening of Bb. Pilipinas 2012 on February 7 (expected to be an all-day and all-nighter of an event), don’t be surprised. Because if she makes it as an Official Candidate, then she might just continuously stamp her class and gameplan advantage all throughout this year’s edition.

One comment on “Jacqueline Milner: from Catwalk to Trumpwalk?”