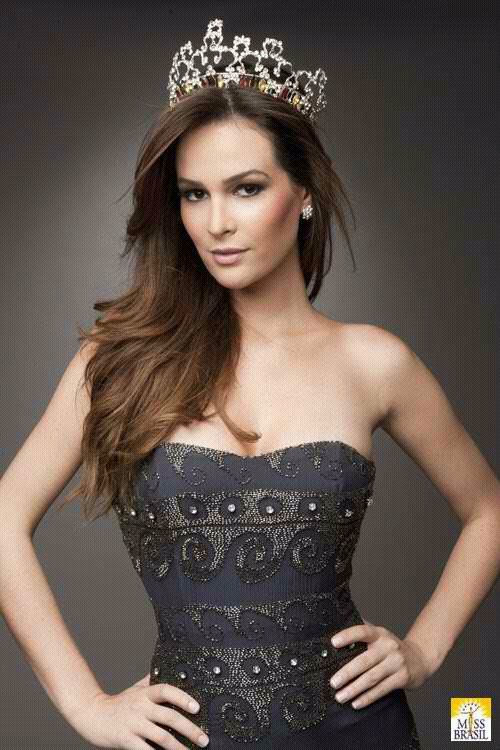 The girl from Rio Grande do Sul surprisingly defeated them all.

Priscila Machado, 25, was crowned Miss Brasil 2011 just a few hours ago and will now be officially the country’s delegate to Miss Universe 2011 which Sao Paulo will be hosting next month up until the finals on September 12. She outlasted 26 other ladies on the road to victory.

Machado’s win, though not exactly come-from-behind, did not sit well with the audience who watched the finals live at the  HSBC Brasil Hall in Sao Paulo. Aside from the fact that she has already posed nude in photos before (supposedly a violation of pageant policies), many were rooting for Gabriela Marcelino, the 1st Runner Up from Bahia, who will now be Brazil’s bet for Miss International 2011. At any rate, the 1.80m beauty is the chosen one and time is ticking so fast before the Miss Universe delegates start arriving before mid-August.

Aside from Bahia, those included in the court of beauties are the reps of Acre (Danielle Knidell) who will go to Miss Continente Americano, Sao Paulo (Rafaela Butareli) and Amazonas (Tammy Cavalcante) who took runner-up slots in that order.

Good luck, Priscila! And may you be a most gracious host delegate for Miss Universe 2011!

P.S. Just in case the controversy surrounding Priscila’s nude photos costs her the crown, Gabriela from Bahia will most likely benefit as a result.