You might have missed my previous blog about Binibining Pilipinas 2010 having a pre-pageant scheduled for tonight. This will be a perfect opportunity for those who want to scrutinize the 24 Official Candidates before the finals on March 6. They will be presented in their (2-piece) swimsuits and evening gowns afterwhich several special awards will be handed out. The special presentation has never been done by the organizers for a long, long time now. It will be shown on SNBO after Show Me Da Manny over GMA-7 (around 10:30PM). 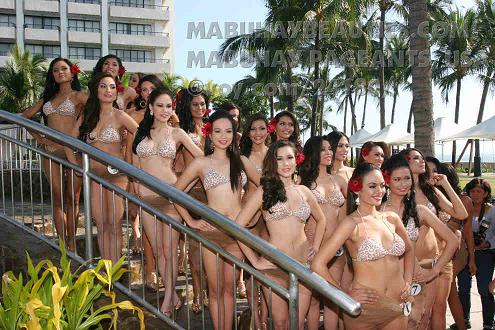 The Pre-Pageant Night will give the viewers a chance to take a closer look at the 24 official candidates as they sizzle and mesmerize in the swimsuit and long gown competitions. It will also be in this pageant that winners of the first batch of special awards will be announced, including the first winner of the Best in Regional Costume award. It will be hosted by Rhian Ramos, Drew Arellano and Jay-R. JayR also joins Kris Lawrence and American Idol finalist AJ Tabaldo in a special medley of love songs with the official candidates.